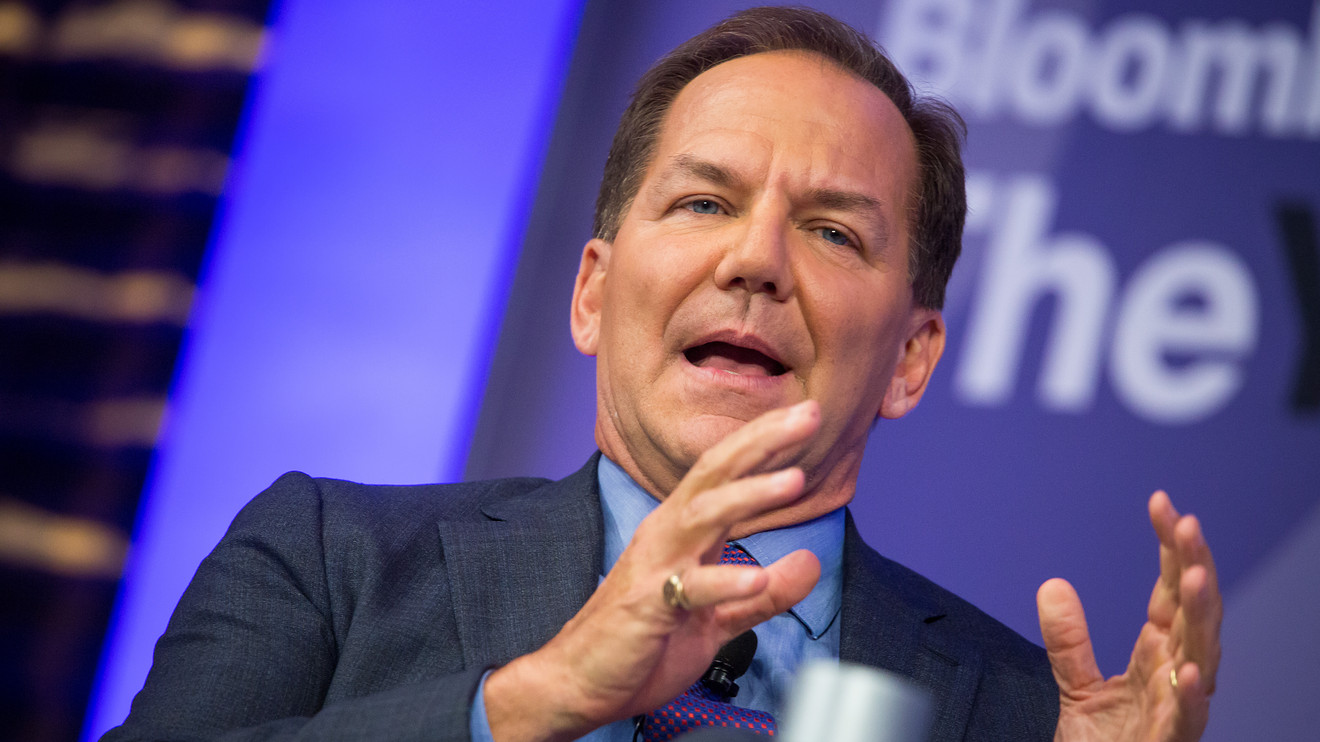 Billionaire investor Paul Tudor Jones is nothing short of flabbergasted by economic and monetary policy coming from Washington.

“We’re just in the craziest monetary-fiscal [policy] mix in history. It’s so explosive, it defies imagination. It reminds me a lot of early ‘99 [when inflation was low and stock markets were soaring]. The difference is the fed funds rate was 4.75 percent — today it’s 1.62 percent. Then we had a budget surplus, today we have a 5 percent deficit, you can’t make it up…it’s crazy times.”

But the current stock-market rally has long way to go, due to a combination of abnormally low interest rates and unprecedented government budget deficits stimulating the economy and pushing investors toward riskier assets, he said during an interview with CNBC from the World Economic Forum in Davos, Switzerland.

“We’re in such extraordinary times. We’ve never seen a fiscal monetary mix like this. So it argues for some massive blow-off at the top,” Jones said, adding that the top could be a long way from now, given that the Nasdaq gained 130% between early 1999 and the market top in 2000.

“At the top rates will be theoretically substantially higher,” he continued. “The animal spirits will go, the stock market will go, until at some point the Fed gets in the game [and reverses] this insane monetary policy they’re running.”

Jones also noted that in 1999, the stock market suffered ”a bunch of 6 percent corrections,” and that one ”curveball” that could trigger a pullback is the coronavirus that has spread through Asia in recent weeks. “I think that’s a big deal,” he said, comparing the diseases to the outbreak of severe acute respiratory syndrome, or SARS between 2002 and 2004.

“If you look at what happened in 2003, estimates range from [it reducing GDP in China] by 0.5 percent to 2 percent, half a percent for Southeast Asia, and the stock markets sold off double digits,” he said.

“If you just look at the escalation of the reported cases, it feels like a lot like that,” he added. “There’s no antidote, no vaccination, we don’t even know what the incubation period is. And you’re obviously getting ready to go to the biggest travel period in China,” with the Lunar New Year holiday on Jan. 25.

The disease has killed 6 people and infected more than 300, according to the latest estimates, CNN reported.