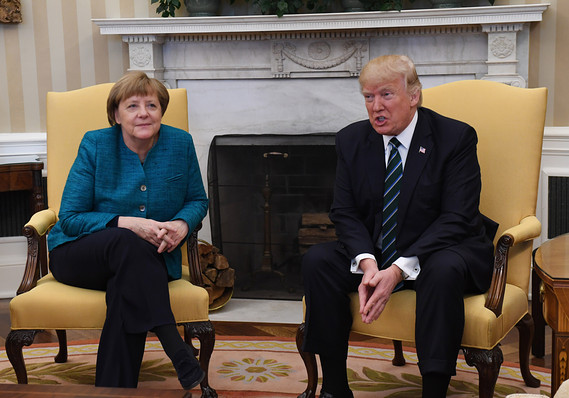 The U.S. still has tariffs on China even after reaching a preliminary trade pact as it seeks to prod open the world’s second-largest economy and counter both industrial and state espionage.

German Chancellor Angela Merkel isn’t about to join President Donald Trump in a pressure campaign against China. In an interview with the Financial Times, Merkel even likened China’s success to Germany’s — “as was the case in Germany, [China’s] rise is largely based on hard work, creativity and technical skills.”

“In my opinion, complete isolation from China cannot be the answer.”

Merkel told the newspaper she did not want to dismantle global supply chains because of what she called an “economic competition.”

Asked about buying telecom equipment from Huawei, which the U.S. has pressured a host of countries not to do, Merkel replied that while the country should not be dependent on one firm, “I think it is wrong to simply exclude someone per se.”

Germany has been a victim of the U.S.-China trade war that has dented global trade. Germany’s economy grew just 0.6% last year, according to data released this week, its worst growth in six years, as industrial output outside of construction tumbled 3.6%.

As to her strained relationship with Trump, Merkel says there are “structural causes” and noted that President Barack Obama discussed an Asian century. “The United States’ focus on Europe is declining — that will be the case under any president,” she said.