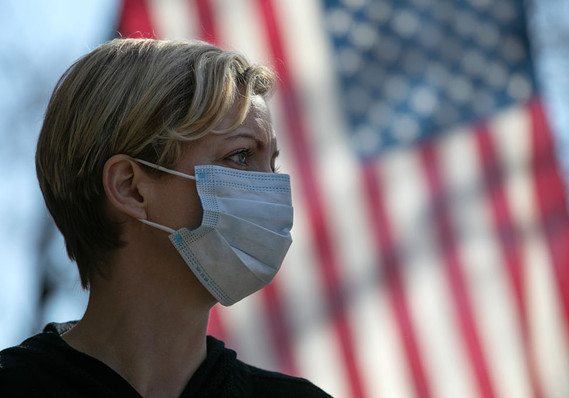 ‘The real situation is not nearly as terrible as they make it out to be.’

That’s Michael Levitt, a Nobel laureate and Stanford biophysicist, delivering his optimistic take on the coronavirus pandemic to the Los Angeles Times over the weekend.

Levitt was credited for correctly calling early on that China would get through the worst of its devastating outbreak before many other health experts predicted.

On Jan. 31, China had 46 new deaths compared with 42 the day before, which Levitt recognized as a slowing rate of growth. So he sent out an optimistic report.

“This suggests that the rate of increase in number of the deaths will slow down even more over the next week,” he said in a note widely shared on Chinese social media. Levitt, who won the 2013 Nobel Prize in chemistry, also said the number of deaths would soon start decreasing every day.

He’s got a similar view for the United States.

“What we need is to control the panic… we’re going to be fine,” he said, adding that the data doesn’t support the gloom and doom epidemiologist have been warning about.

Levitt looked at the stats from 78 countries with more than 50 reported cases of COVID-19 every day and sees “signs of recovery,” focusing on the number of new cases, not the cumulative figure.

“Numbers are still noisy but there are clear signs of slowed growth,” he told the L.A. Times, claiming that, however, the trajectory of deaths in the U.S. back up his findings.

Levitt said social-distancing mandates and getting vaccinated against the flu are both critical to the fight against the spread. Italy’s strong anti-vaccine movement, he explained, likely played a factor in the explosion of cases, because the spread of the flu likely was a factor in overwhelming hospitals and increasing the chances of coronavirus going undetected.

He lays some of the blame on the media for sparking panic by focusing on the increase in cumulative cases and spotlighting celebrities, like Tom Hanks and Idris Elba, who have been infected.

Levitt is also worried that an overreaction could trigger another crisis, with lost jobs and hopelessness creating their own set of problems, such as a surge in suicide rate.

On Sunday, Federal Reserve Bank of St. Louis President James Bullard said he sees the U.S. unemployment rate hitting 30% in the coming months as the world continues to grapple with the coronavirus pandemic. If his projection proves true, unemployment would be worse than it was during the Great Depression and three times worse than the 2007-’09 recession.

While those kinds headlines continue to spread fear, Levitt sticks by his simple message: The coronavirus pandemic is “not the end of the world.”