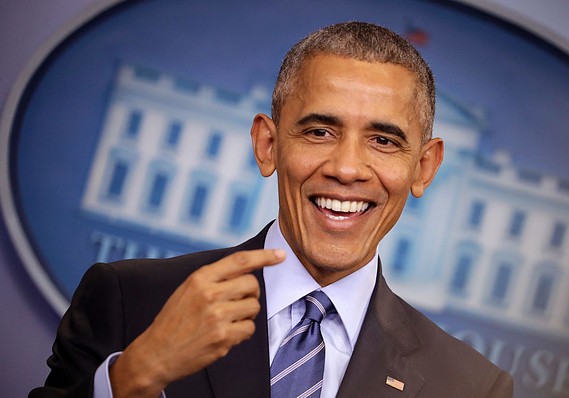 ‘The Obama administration made a decision on testing that turned out to be very detrimental to what we’re doing, and we undid that decision a few days ago so that the testing can take place at a much more accurate and rapid fashion. That was a decision we disagreed with. I don’t think we would have made it, but for some reason it was made. But we’ve undone that decision.’

That’s President Donald Trump deflecting the criticism his administration has been facing over its response to the coronavirus.

The comments were made during a meeting with airline executives at the White House on Wednesday. Here’s a clip:

Trump on coronavirus testing: “The Obama administration made a decision on testing that turned out to be very detrimental to what we’re doing & we undid that decision a few days ago so that testing can take place in a much more accurate & rapid fashion” (what’s he talking about?) pic.twitter.com/Z0UBaORIwI

According to the New York Times, Trump was referring to a regulation that limited the ability of laboratories run by states, universities and private companies to conduct screenings not approved by the FDA. Now, those labs are allowed to use tests they independently developed.

REPORTER: What was this Obama-era rule that you are blaming for the coronavirus testing problems?

PENCE: “The last administration asserted FDA jurisdiction over testing, and the development of tests like this. The president changed that on Saturday.” pic.twitter.com/S3EOycBS6B

Still, Trump’s deflection came under fire from his critics.

Trump/Pence are blaming Obama for coronavirus. Cannot make it up.

In fact, it was Trump and Bolton who eliminated the whole White House global health security unit for countering pandemics in 2018 https://t.co/H9dxJZhOXR https://t.co/qmIraJhx3Y

But CNN, quoting an aide to Republican Sen. Lamar Alexander, reported that while the Obama administration had proposed stricter test oversight, no changes were ever actually approved.

Obama didn’t immediately respond to the accusation, but he did chime in on Twitter about how to navigate the coronavirus outbreak:

Protect yourself and your community from coronavirus with common sense precautions: wash your hands, stay home when sick and listen to the @CDCgov and local health authorities. Save the masks for health care workers. Let’s stay calm, listen to the experts, and follow the science.