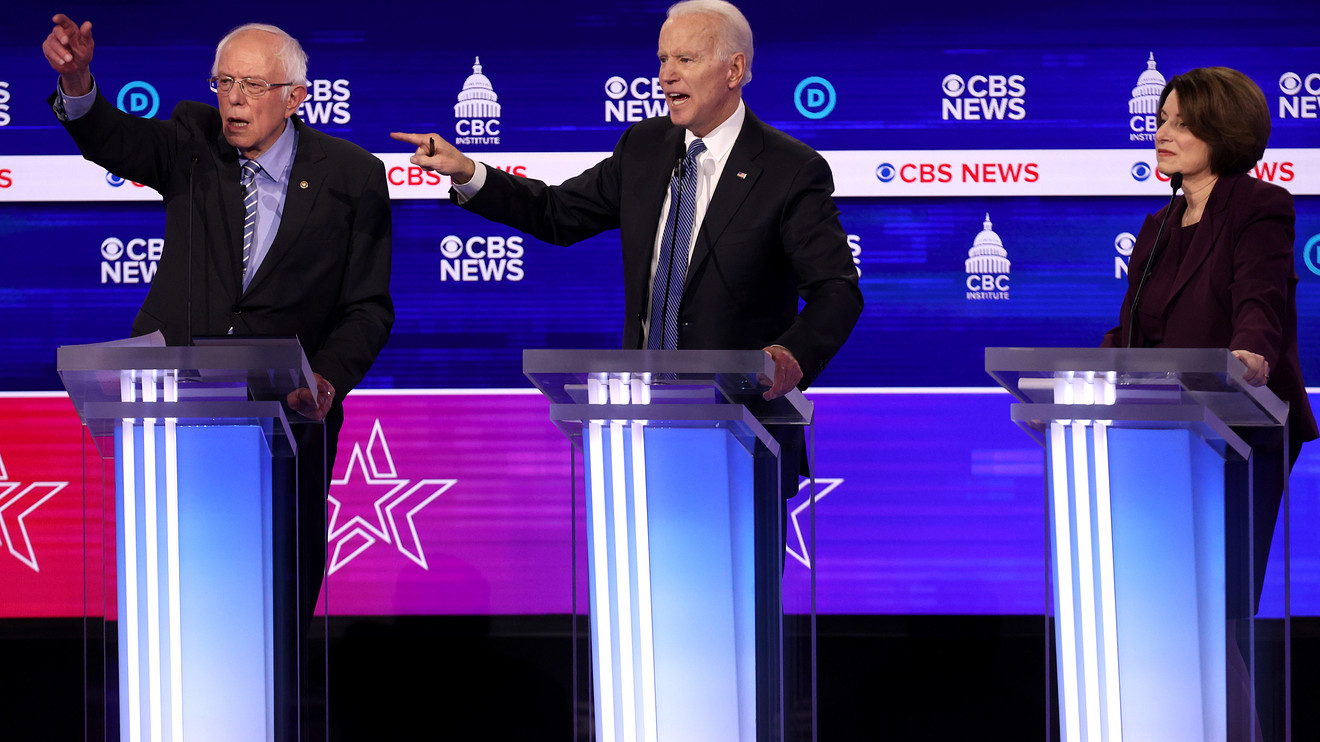 Several Democratic White House hopefuls at Tuesday night’s debate criticized how President Donald Trump is handling the coronavirus outbreak, with Sen. Bernie Sanders making fun of Trump’s statement two weeks ago that it could go away in April.

‘This great genius has told us that this coronavirus is going to end in two months. April is the magical day that this great scientist we have in the White House has determined. I wish I was kidding. That is what he said.’

In talking about dealing with the virus, the veteran Vermont lawmaker called for expanding the World Health Organization and fully funding the Centers for Disease Control and Prevention and the National Institutes of Health.

His comments came as seven Democratic presidential hopefuls debated in South Carolina ahead of the state’s primary on Saturday. The clash took place after the Dow Jones Industrial Average DJIA, -3.15% plunged in Tuesday’s session as U.S. health officials warned Americans to prepare for a coronavirus outbreak.

At a rally earlier this month as he referred to the coronavirus, Trump said “a lot of people think that goes away in April, with the heat, as the heat comes in.” The president also tweeted Monday that the coronavirus is “very much under control” in the U.S., and his administration sent lawmakers an urgent $2.5 billion plan to address the deadly outbreak of the COVID-19 illness.

A moderator at the debate noted that the CDC just said it’s not a matter of if the coronavirus will spread in the U.S., but when it will spread. Sen. Amy Klobuchar of Minnesota was then asked if she, as president, would close the borders to Americans who have been exposed to the coronavirus in order to prevent an outbreak in this country.

Klobuchar said she would make sure there is treatment for those Americans, adding that they should be in a quarantine where they couldn’t expose others to the virus.

She also said Trump hasn’t invested as he should have in the CDC and criticized him for not addressing the nation about the outbreak. “I would do all of that,” she said. The situation is “so serious,” Klobuchar said, as she encouraged Americans to visit the CDC’s website.

Related: How 2020 candidates would tackle disease outbreaks like coronavirus

Former Vice President Joe Biden promised to do what the Obama administration “did with Ebola.”

“I was part of making sure that pandemic didn’t get to the United States,” Biden said. The ex-veep also stressed that he was part of an administration that increased budgets for the CDC and NIH, while Trump cut or tried to cut their funding. Moreover, Biden said he’d insist that American experts be allowed in China, where the outbreak started.

Now read: Is fear of a Sanders presidency bern-ing markets?

And see: How Bloomberg’s money dwarfs the other 2020 Democrats’ war chests — in one chart