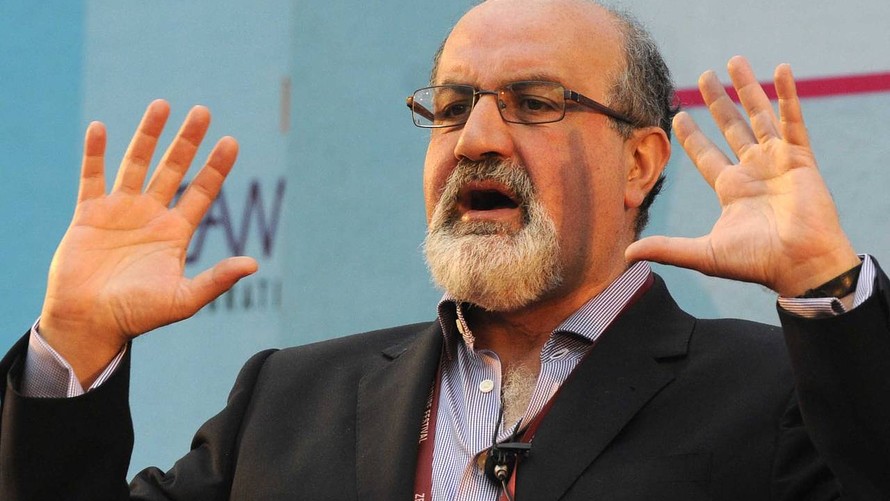 Nassim Nicholas Taleb, whose book “The Black Swan” foreshadowed the 2008 global financial crisis, responded to Elon Musk’s tweet about what he called a panic over the coronavirus with a brief lesson on probability and human endurance over the millennia.

“[T]he coronavirus panic is dumb,” Musk, the CEO of SpaceX and Tesla TSLA, -2.90%, had said Friday on Twitter.

“ ‘Saying the coronavirus panic is dumb is dumb.’ ”

Musk didn’t elaborate in his tweet, which came the same day as the S&P 500 SPX, -1.70% fell another 1.7% to finish the week 12% below its Feb. 19 closing record, with the period between that date and Friday marked by some of the biggest swings in stock prices since the darkest days of 2008.

Companies from Apple AAPL, -1.32% to Alphabet GOOG, -1.56% GOOGL, -1.44% said over the past few days that they’d close their offices and ask employees to work from home to curtail the spread of the novel virus, which has led to more than 3,000 deaths around the world since the beginning of January.

Shoppers in the U.S. cleared store shelves of food, disinfectants and toilet paper amid concern that supply chains will be disrupted. Meanwhile, President Trump signed an $8 billion–plus emergency package to combat the coronavirus outbreak.

Taleb, a professor, mathematician and investor whose work has focused on the risks of unexpected events, followed up in a Saturday tweet: “If the word ‘panic’ means ‘exaggerated’ reaction, could be so at the individual level but NOT at the collective one. … We have survived for zillion years thanks to ‘irrational’ ‘panics.’ ”

To act “rational” during a viral outbreak that has few consequences for the individual could lead to greater overall death, Taleb explained.

That’s because if one fails to panic and act in an “ultraconservative” manner, he said in a Twitter thread that links to a March 5 tweet, a virus can spread more easily and become a “severe” source of risk for the entire system — or, in this case, society.

Musk, meanwhile, was preparing on Friday for the final mission of the SpaceX Dragon spacecraft, which has been delivering cargo to the International Space Station since the company won a NASA contract in 2008.

The SpaceX founder’s eventual goal is to colonize Mars to save humanity. As he said Sept. 27, 2016, at the 67th annual International Astronautical Congress in Guadalajara, Mexico, if humans don’t populate another planet, “[w]e stay on Earth forever, and some eventual extinction event wipes us out.”