Home
Stocks
Key Words: The stock market will ‘breathe a sigh of relief’ if President Trump is re-elected in 2020, says billionaire Howard Marks
Prev Article Next Article
This post was originally published on this site 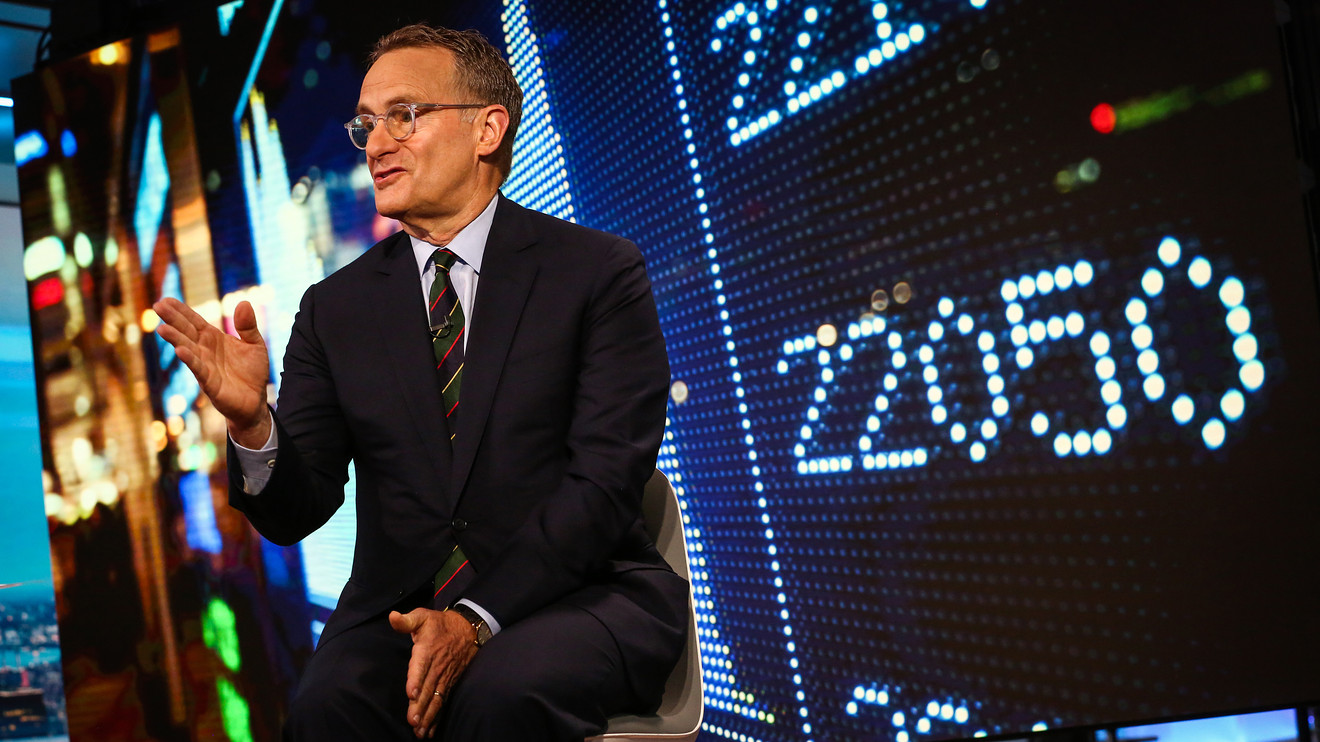 Howard Marks, co-founder of Oaktree Capital Management, who has made billions investing in distressed debt, says that a 2020 election victory likely would be a major relief for Wall Street investors.

During an interview on CNBC on the sidelines of the Goldman Sachs Financial Services conference in New York City on Tuesday, Marks said Trump’s pro-business stance since winning a first presidential term in 2016, in stunning fashion against Democratic rival Hillary Clinton, has made him an attractive president for the deep-pocketed crowd in financial markets.

‘The market took off after Trump’s election because he was judged to be pro-market and he has behaved pro-business. So, if he is re-elected people will continue to see him as pro-business. They’ll breathe a sigh of relief that he was re-elected and that will probably be healthy for the market.’

The 73-year-old distressed investor, who boasts a net worth of $2.2 billion, according to Forbes, said that the roster of candidates campaigning for the presidency will be assessed, at least partly, on how pro-business or antibusiness their policies are.

“Market-wise, it all depends on whether we have a president who’s considered pro or antibusiness,” he told CNBC.

He said Michael Bloomberg, former New York City Mayor, who has thrown his hat into the presidential arena, would be viewed as business-friendly and described former Vice President Joe Biden as moderately-friendly to business.

What about Massachusetts Sen. Elizabeth Warren, who has been rising in presidential polls, but has alienated a clutch of wealthy billionaires with a controversial wealth-tax proposal?

Read: Bill Gates says he’s happy to pay $20 billion in taxes, but Warren’s plan will make him ‘do a little math on what I have left over’

Check out: This is what the net worth of the world’s elite would look like if Elizabeth Warren’s tax plan had been in effect since 1982

Marks says: “Hold your hat,” if a progressive wins the White House.

That said, the investment guru, known for his colorful research notes, says that nothing is guaranteed.

“There is uncertainty as to the outcome,” and the market reaction, referring to the presidential election.

“Well, look! A week before Donald Trump’s election, there were two things we were sure of: Hillary would win and if Trump won the markets would collapse. So, Donald won and the market went up. So that tells me that we don’t know what’s going to happen,” Marks said.

He also said an impeachment of Trump by the House was all but assured and does create some unease in markets.

Comments from Marks come as the Dow Jones Industrial Average DJIA, -0.58%, the S&P 500 index SPX, -0.90% and the Nasdaq Composite Index COMP, -0.93%, although buffeted by worries about progress toward a Sino-American trade deal, aren’t far from all-time highs.

Is the market ahead of itself, given worries about trade and the election?

“I don’t see that we’re in a bubble,” Marks told CNBC. “Things are elevated but not crazily so,” he said.

“Look, everybody’s made a lot of money. The economic expansion and the bull market are old. Valuations are above average, prospective returns are low. There’s a lot of uncertainty in the world. It strikes me that one should not have as much risk as one did three years or six years ago. You’ve made a lot of money, take some off the table. That is not to say it’s going down,” he explained.

Check out the full CNBC interview which runs a little over 6 ½ minutes.