Home
Stocks
Key Words: Trump: Kamala Harris as first female president ‘would be an insult to our country’
Prev Article Next Article
This post was originally published on this site 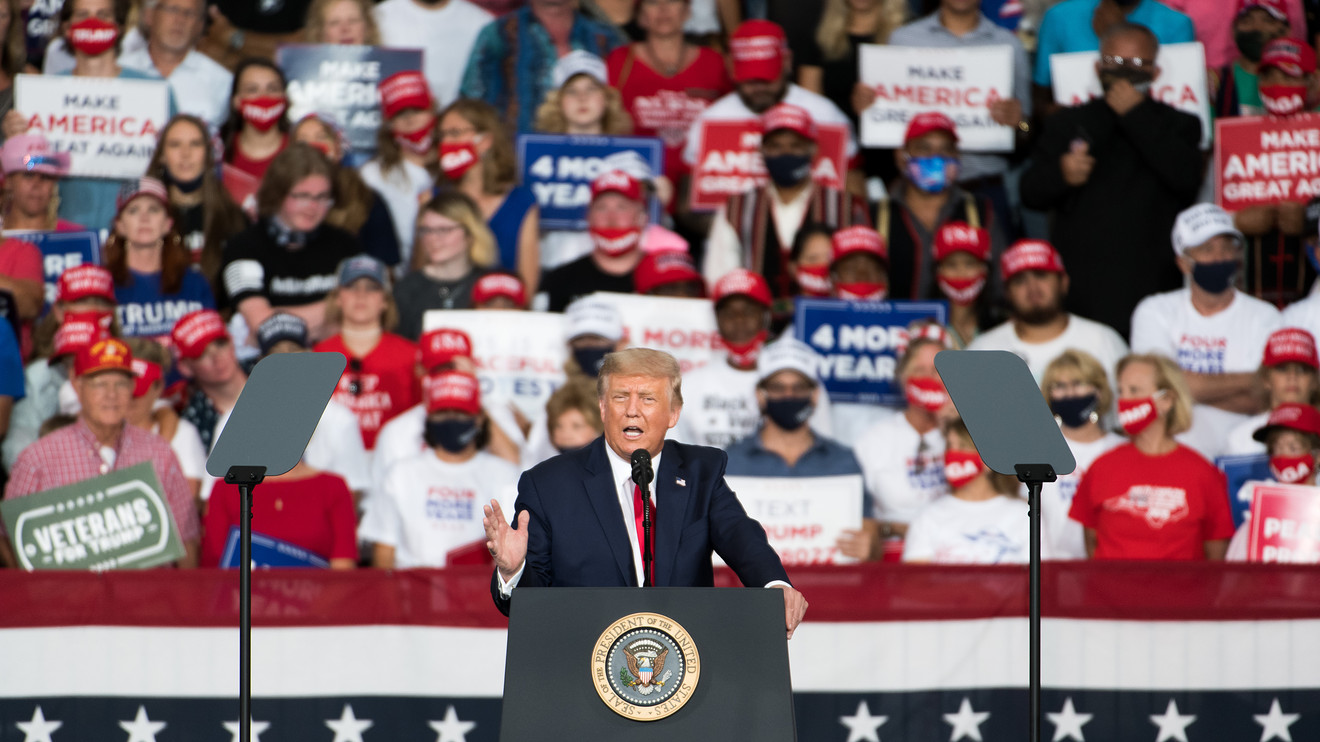 Harris is the first woman of color on a major-party presidential ticket, and is considered a front-runner for the White House in 2024 if Joe Biden wins this year and doesn’t seek a second term.

It’s hardly the first time Trump has insulted Harris, who Trump claimed Tuesday is “further left than crazy Bernie.” After the Republican National Convention, Trump said Harris was “not competent” and that his daughter, Ivanka, would be a better vice-presidential contender. He has also promoted a false and racist conspiracy theory that Harris is not eligible to be president, and has a long history of demeaning women who oppose him.

Also at Tuesday’s rally in Winston-Salem, N.C., Trump said Biden had made “unholy alliance with the most extreme and dangerous elements of the radical left” and repeated his claim that “the economy will collapse” if Biden is elected.

Trump also appeared to once again suggest voting twice — by mail and in person, which is illegal. “Make sure you send the ballot in, then make sure you go to your polling place and make sure it counts,” he said. Voting twice is a felony, at both the state and federal level.