Home
Stocks
Key Words: Warren accused Sanders of calling her a ‘liar’ in tense exchange after debate, CNN audio reveals
Prev Article Next Article
This post was originally published on this site 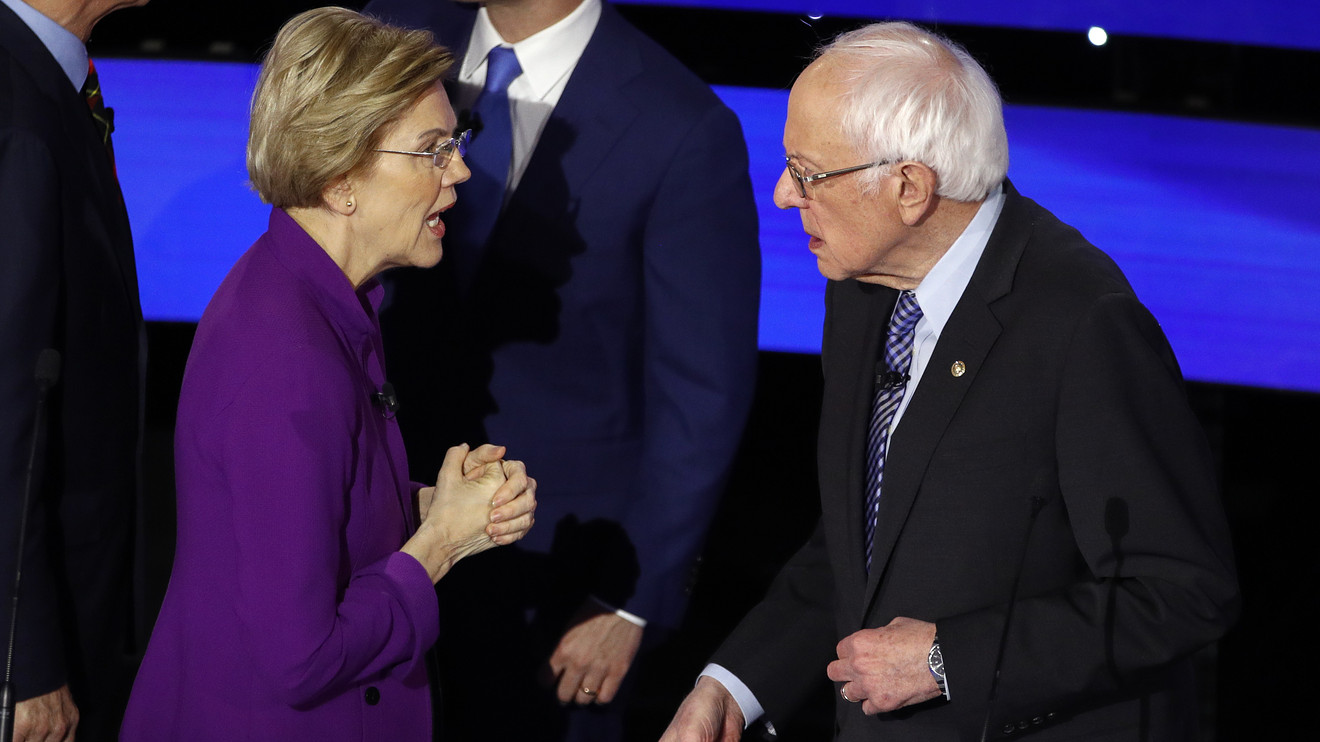 Sen. Elizabeth Warren accused Sen. Bernie Sanders of calling her a liar on national TV in a heated confrontation caught on camera after the Iowa debate ended, according to audio released by CNN on Wednesday.

Viewers of Tuesday’s Democratic presidential debate were left puzzled by the interaction between the progressive candidates, who have largely refrained from attacking one another. Broadcast without audio, cameras captured Warren confronting Sanders but declining to shake his outstretched hand, which led to a brief, tense exchange in which Sanders shook his head before walking away.

The unaired audio, it turns out, was captured by CNN microphones:

‘I think you called me a liar on national TV.’

“I think you called me a liar on national TV,” Warren, a senator from Massachusetts, is heard saying, while rejecting Sanders’s handshake.

She repeats: “I think you called me a liar on national TV.”

“You called me a liar,” Sanders says, waving a finger at her. He then backs down: “You told me … all right, let’s not do it now.”

During the debate, the two presidential rivals seemed to play down tensions over a report that Sanders had told Warren during a private meeting between the two in 2018 that a woman couldn’t win the presidency.

Sanders, an independent senator from Vermont, denied he’d ever said it. “Does anyone in their right mind believe a woman can’t be elected president?” he asked.

Warren did not attack Sanders but reasserted that he had made the comment and also replied, “This question about whether or not a woman can be president needs to be addressed head-on.”

See also: #NeverWarren is suddenly trending on Twitter, and people are having flashbacks to the 2016 presidential election