Home
Stocks
Key Words: Watch Vanessa Bryant, Michael Jordan, Shaq and others give emotional eulogies at ‘The Celebration of Life for Kobe & Gianna Bryant’
Prev Article Next Article
This post was originally published on this site 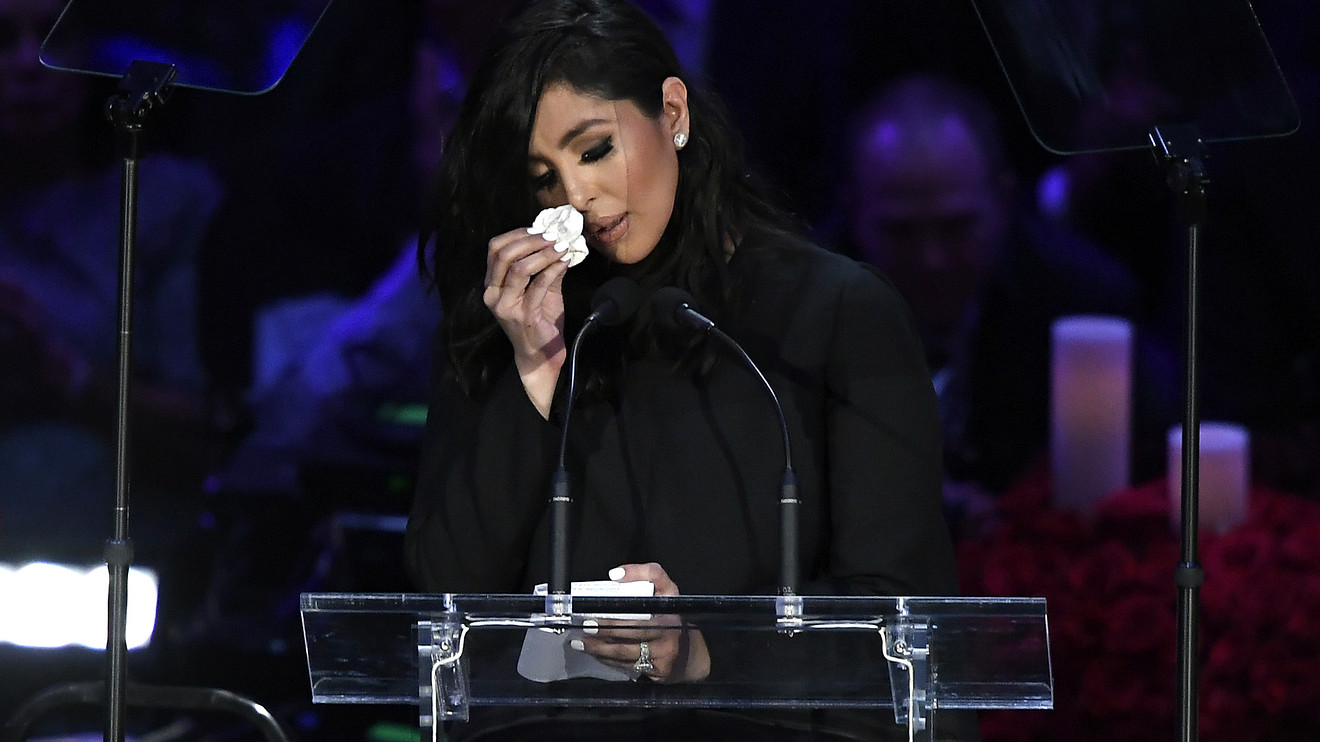 “God knew they couldn’t be on this Earth without each other… he had to bring them home to heaven together.”

Kobe Bryant’s widow Vanessa Bryant gave a powerful eulogy for her late husband and their 13-year-old daughter Gianna at a public memorial service for the two on Monday.

It was the first time that Vanessa has publicly spoken about the sudden deaths of her husband and daughter, along with seven other people, in a fatal helicopter crash in California last month.

“Babe, you take care of our Gigi, and I’ve got Nani, B.B. and KoKo,” said Vanessa, referring to the couple’s three surviving daughters, during “The Celebration of Life for Kobe & Gianna Bryant” service in the Los Angeles Staples Center, aka, “the house that Kobe built.”

“He was my everything.”

Vanessa Bryant remembers Kobe at the Celebration of Life. pic.twitter.com/vHb9xP0qmm

Vanessa said she wants their daughters “to know and remember the amazing person, husband and father he was. The kind of man that wanted to teach the future generations to be better and keep them from making his own mistakes.”

“I couldn’t see him as a celebrity, nor just an incredible basketball player,” she added. “He was my sweet husband and the beautiful father of our children. He was my — he was my everything.”

She also remembered Gianna as “daddy’s girl,” but noted that “I know she loved her mama.”

“She was one of my very best friends,” Vanessa said, mourning that she won’t be able to tell Gianna how “gorgeous she looks on her wedding day,” or “have a father-daughter dance with her daddy, dance on the dance floor with me, or have babies of her own.”

Late night host Jimmy Kimmel choked up while introducing Vanessa at the three-hour service. “You picked the wrong guy to guide you through this I’ll tell you,” he began, before reading the names of all nine victims of the fatal Jan. 26 helicopter crash.

The late night host had interviewed Bryant 15 times on “Jimmy Kimmel Live,” and revealed in a monologue following the NBA star’s death last month that “when my son had heart surgery, he checked in with me repeatedly.”

“I’ve been trying to come up with something positive to take away from this — it was hard because it isn’t much — the best I can come up with is this: gratitude,” Kimmel said Monday. “It seems to me all we can do is be grateful for the time we had with them and the time we have left with each other.”

Beyoncé opened the service by performing “XO,” which she said was one of Bryant’s favorite songs, followed by her emotional ballad “Halo.”

“I’m here because I love Kobe,” she said.

A Celebration of Life for Kobe and Gianna Bryant https://t.co/mGGQcpIJ34