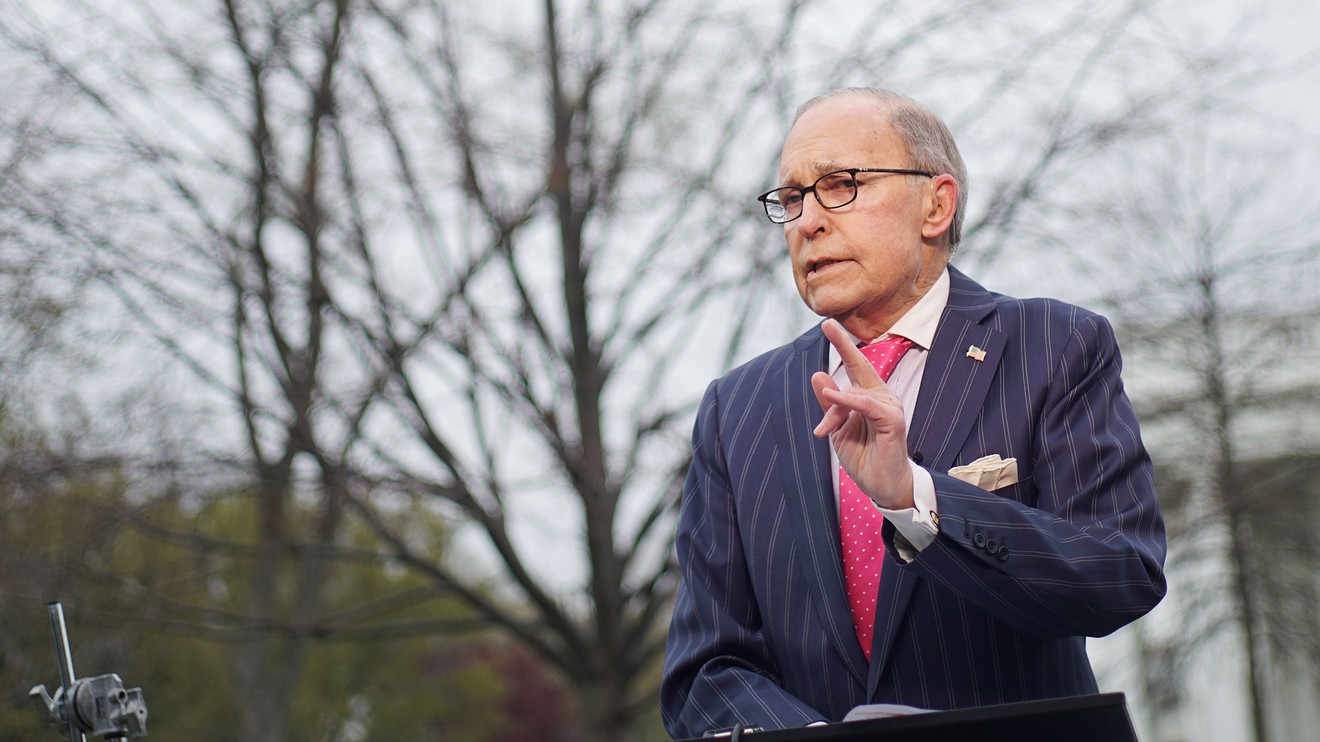 Top White House economist Larry Kudlow on Friday said he didn’t think the coronavirus outbreak would cause a recession, but said that the administration may aim to implement a targeted response to the potential crisis.

Under pointed questioning during interviews on two cable-business networks, Kudlow maintained an optimistic tone about the economic outlook, at various times, saying the hit to the economy from the COVID-19 disease would be “temporary” and “short-lived.”

“We know that future growth is going to slow down, certainly in certain sectors. We get that,” Kudlow said.

“Economic in the next quarter will slow. But I don’t think this is recessionary and I don’ think this is going to be catastrophic,” he said.

But the COVID-19 outbreak “looks relatively contained” and “is not going to last forever,” he said.

“We have this pretty well in hand.” The strong February job report showed the economy was entering the period of heightened uncertainty from the coronavirus with a “strong base”

Kudlow rejected the idea of a payroll-tax cut that has been floated in recent days to mitigate any downturn.

“I don’t think we should just be throwing money, throwing cash in these short-term rebate kind of models that have never really worked in the past,” Kudlow said.

And he said the White House wasn’t considering reducing punitive tariffs on goods imported from China.

Instead, Kudlow said the administration favors a “targeted approach” that could help workers who might lose paychecks if they contract the virus and small businesses that might get hurt.

The administration might also help some sectors, Kudlow said, and went on to mention the airline industry.

Airline stocks jumped after this mention. “We want to be targeting and timely—not the gigantic macroeconomic fix,” he said.

The Washington Post reported on Friday, citing two people briefed on discussions, that White House officials are considering deferring taxes for industries hurt by the coronavirus outbreak, including the cruise, travel and airline industries, among other things. The talks remain fluid and are preliminary the paper reported.

U.S. equity benchmarks continued to fall as Wall Street worried about the COVID-19, the infectious disease that was first identified in Wuhan, China in December and has sickened more than 100,000 people world-wide. The Dow Jones Industrial Average DJIA, -1.79% was down 550 points, at last check late-morning.

The yield on the 10-year Treasury note TMUBMUSD10Y, 0.750% has continued to fall, falling to a fresh historic low in overnight trade below 0.70%.