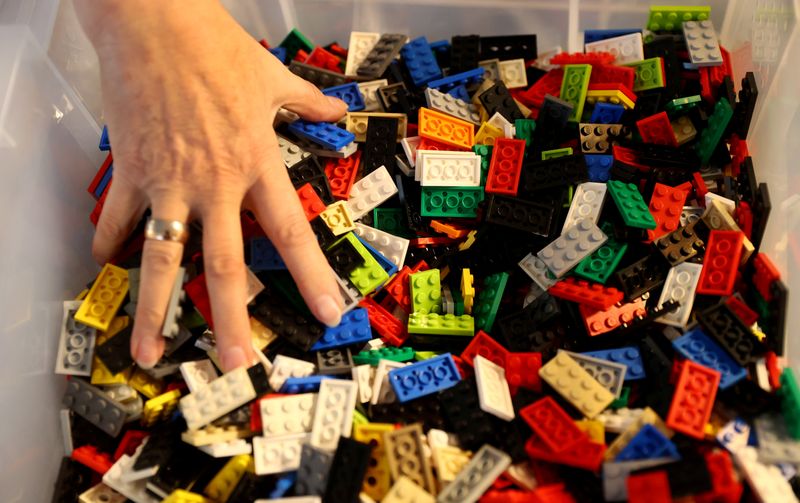 COPENHAGEN (Reuters) – Model fire stations and garbage trucks helped Lego defy a shrinking toy market with a rise in sales last year, as the plastic brick maker outpaced rivals with the latest versions of its classic kits, as well as new stores and a revamped website.

After a decade of double-digit sales growth skidded to a halt in 2017, family-owned Lego has returned to form since chief executive Niels Christiansen took the helm that year.

The company, which fights for market share in the global toy industry with the likes of Barbie maker Mattel (O:) and Hasbro (O:), said on Wednesday sales rose 6% last year to 38.5 billion Danish crowns ($5.7 billion), up from 3% growth in 2018.

“It was a strong year where we outperformed the toy industry,” Christiansen said in a statement.

Lego estimates the global toy market contracted 3% last year. But it grew sales in all its major markets, including “strong” double-digit growth in China, it said.

The firm, which has 570 stores worldwide, more than doubled its number of stores in China last year to 140. It sees that number rising to 220 this year.

Christiansen told Reuters he would aim for single-digit revenue growth again in 2020, to allow for further investments into IT, new stores and production innovation.

Despite strong sales from popular licensed Lego products such as “Harry Potter” and Marvel’s “Avengers”, the top-selling products were from ranges such as Lego City, Lego Classic and Lego Technic that have been around for decades.

“Of course, those are older themes, but as you know, we replace 60% of our products each year,” Christiansen said.

“We actually consider these themes ‘evergreen’, which constantly need to be relevant,” he said, adding they gave “play experiences like the one you would get outside your door.”

But Lego, an abbreviation of “leg godt” meaning “play well” in Danish, is also banking on technology to stay up to date with new generations.

It saw 27% more traffic on its recently transformed website, and launched “Hidden Side” last year, which combines regular building sets with augmented reality.