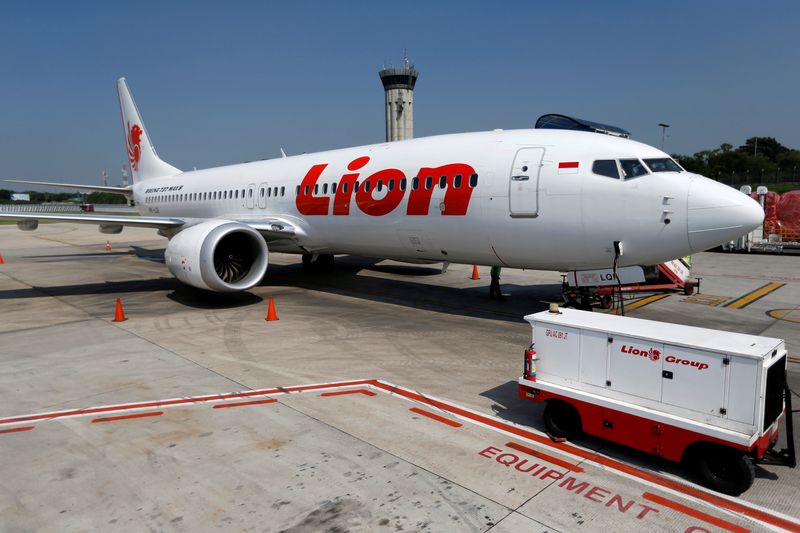 By Anshuman Daga and Scott Murdoch

SINGAPORE/HONG KONG (Reuters) – Indonesia’s Lion Air has deferred plans for an initial public offering (IPO) due to a sharp fall in global stock markets, people close to the matter said on Friday, as the spreading coronavirus sparks worries of a global pandemic.

A decision on the up to $500 million IPO of one of Asia’s largest budget airlines was expected by the end of February after banks completed investor presentations in global financial centers earlier this month.

Two people said Lion Air, which was set to launch the IPO as early as March, would consider a float only when markets stabilized. The people declined to be identified because they were not authorized to speak to the media.

Lion Air had no immediate response to a Reuters request for comment. The carrier has toyed with an IPO for about five years.

This week, global share prices plunged on fears of sustained global economic impact as the coronavirus spreads beyond China, with about 12 countries reporting their first virus cases in the past 24 hours.

Airlines have slashed capacity due to weak demand as virus-related disruption to international travel batters the sector.

Lion Air is part of the Lion Air Group, which has airline joint ventures in Malaysia and Thailand, aircraft maintenance facilities and a freight business.

The pre-marketing for the IPO included a combination of face-to-face meetings and phone calls because travel was restricted owing to the coronavirus, the people said. Morgan Stanley (N:), one of two international banks on the deal, declined comment. There was no immediate comment from the second bank, BNP Paribas (PA:).

Reuters has reported that the spread of the coronavirus has put key meetings and roadshows on hold and several auctions of Asian assets were facing delays or reassessment.

Lion Air, which has 112 planes, planned to use proceeds from the IPO to fund longer-term leases more akin to owning planes, as well as general operations. It has large outstanding orders for new jets from both Boeing (N:) and Airbus (PA:).

The carrier, which vies with state-run airline PT Garuda Indonesia (JK:) for dominance in its home market, has been seeking to win over investors for more than a year since the fatal crash of one of its Boeing 737 MAX jets in 2018.