Home
Market
Local spread of coronavirus marks turning point in U.S.
Prev Article Next Article
This post was originally published on this sitehttps://i-invdn-com.akamaized.net/trkd-images/LYNXMPEG1S0QA_L.jpg 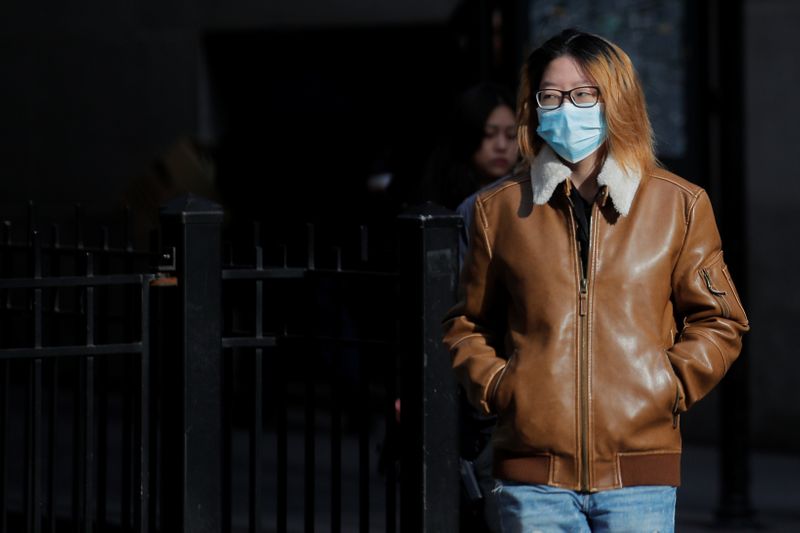 (Reuters) – U.S. public health officials have identified four “presumptive” coronavirus cases believed to have emerged from community transmission of the infection, signaling a turning point in strategies needed to contain the disease in the United States.

The U.S. Centers for Disease Control and Prevention (CDC) issued a statement late on Friday citing three cases of unknown origin newly diagnosed by state public health authorities – one each in California, Oregon and Washington state.

If confirmed by the CDC, along with a similar case of unknown origin announced on Wednesday in California, that would bring to four the number of diagnosed individuals in the United States with no history of travel to a country where the virus is circulating and no close contact with an infected person.

Taken together, the four cases are a sign the virus is now spreading within at least four separate locations on the U.S. West Coast spanning nearly 900 miles (1,448 km), from California’s Silicon Valley region in Santa Clara County north to the Puget Sound near Seattle.

U.S. health authorities say it means the respiratory disease that has infected nearly 80,000 people and killed more than 2,800 in China, where it originated, is no longer an imported phenomenon but has taken up residence in the United States.

“What we know now is that the virus is here, present at some level, but we still don’t know to what degree,” said Dr. Sara Cody, chief public health officer for Santa Clara County, speaking of the newly diagnosed case there, the latest of three in her county and the 10th detected in California.

“This case does signal to us that it is now time to shift how we respond,” she told a news conference on Friday.

Local media reported that the illness of two of the patients – a school employee in Oregon and an elementary school student in Washington – have already led to their respective schools being closed temporarily.

The three latest patients – and a fourth new case believed to be travel-related in Washington state – were diagnosed based on results obtained in their respective states from CDC-supplied test kits and are considered “presumptive positive” cases pending CDC confirmatory testing, the U.S. agency said.

Even as confirmation was pending there, local authorities were already working to trace close contacts the patients had with others in a bid to curb transmission.

Until this week, the CDC had counted just 15 confirmed cases in six states as having been detected through the U.S. public health system since Jan. 21, none fatal. Most were contracted by individuals while traveling in China. Only two person-to-person transmissions were documented among them, both between married couples.

An additional 47 cases have been confirmed among people recently repatriated, either from the Diamond Princess cruise ship quarantined in Japan or from the Chinese city of Wuhan, the supposed epicenter of the outbreak, according to the CDC.

Health officials said the advent of locally transmitted infections means authorities need to expand their focus from detecting a relatively limited number of cases, identifying close contacts and isolating them, to one that also emphasizes greater prevention among the public at large.

In particular, individuals should be more vigilant about basic hygiene measures, such as washing hands often, avoiding touching their faces, covering coughs and sneezes and staying home from school or work whenever ill, Cody said.

She said schools should plan for increased absenteeism and explore options for expanding learning at home, while businesses likewise allow more work-from-home arrangements, revise their sick leave policies and replace in-person meetings with video or telephone conferences whenever possible.

“I do understand that this whole situation may feel overwhelming and it’s difficult to think about the possible disruption to our everyday lives, especially when we’re still uncertain about what this may look like,” Cody said. “But we do need everyone to start thinking about what actions we can take now so we can be prepared for the possibility for further spread of the virus.”

Coronavirus is spread primarily through tiny droplets coughed or sneezed directly from an infected person into the face of someone nearby, as opposed to the more contagious “airborne” transmission of a virus like measles, which can remain suspended in enclosed spaces and be breathed in hours after being exhaled by sick individuals, expert says.

Coronavirus can also survive on surfaces, such as handrails and door knobs, for “a very long period of time,” and be picked up by hand that way, though the virus is “very susceptible” to cleaning products, Dr. Christopher Braden, deputy director of the CDC’s National Center for Emerging and Zoonotic Infectious Diseases, said on Friday in Santa Clara County.

Still, “It’s mostly a person-to-person transmission that we are concerned about for our communities,” he added.