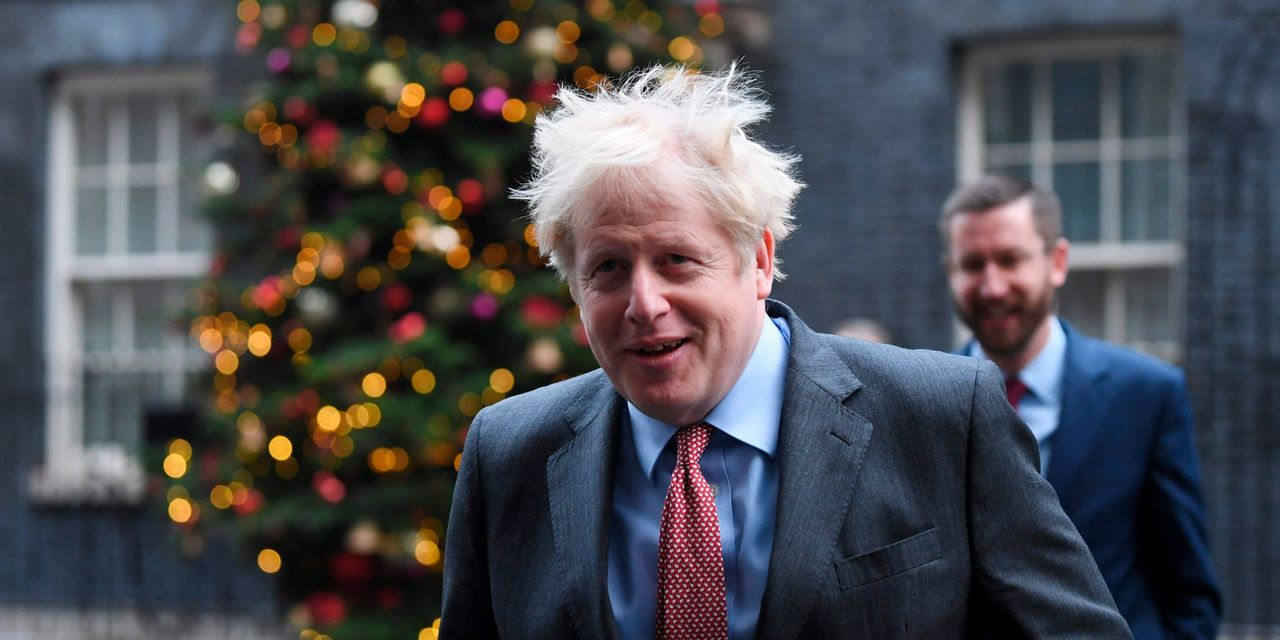 The FTSE 100 and sterling were both lower on Tuesday, as U.K. Prime Minister Boris Johnson warned that securing a Brexit trade deal was looking “very, very difficult at the moment.”

The bounce back came after the U.K. said it will withdraw controversial clauses from its internal market bill relating to Northern Ireland. The U.K. had previously said it would withdraw those clauses if a trade deal was reached. The statement said the move protects the Good Friday peace agreement “in all its dimensions.”

Johnson will travel to Brussels for a face-to-face meeting with European Commission President Ursula von der Leyen in the coming days, with the chances of a deal between the U.K. and European Union still in the balance. The U.K. left the EU on Jan. 31 but the two sides must reach a deal over their future trading relationship before the transition period ends on Dec. 31.

Read: EU and U.K. are playing with ‘no-deal’ Brexit fire. It’s time for investors to notice

While admitting a deal looked “very tricky” on Tuesday, Johnson also said: “You’ve got to be optimistic, you’ve got to believe there’s the power of sweet reason to get this thing over the line,” in a Sky News interview at a London hospital.

CMC Markets analyst David Madden said Johnson’s scheduled visit to Brussels had “tempered some of the bearish sentiment because the meeting indicates there is still a possibility a no-deal situation will be dodged.” But he noted that the bulls were watching from the side lines.

When it came to markets, the uncertainty over Brexit overshadowed a historic day, as the U.K. began its rollout of the COVID-19 vaccine from U.S. drugmaker Pfizer PFE, +2.26% and its German partner BioNTech BNTX, +4.75%.

Margaret Keenan, 90, was the first person to be given the jab as she was injected at University Hospital in Coventry, England, shortly after 6.30 a.m. GMT. Keenan, who turns 91 next week, told the BBC: “I feel so privileged to be the first person vaccinated against COVID-19, it’s the best early birthday present I could wish for, because it means I can finally look forward to spending time with my family and friends in the new year after being on my own for most of the year.”

She was followed by 81-year-old William Shakespeare from Warwickshire. Vaccinations began in about 70 hospital hubs across the U.K. on Tuesday.

The U.K. has received 800,000 doses, enough for 400,000 people, and is expecting to have 4 million by the end of the year. People over the age of 80 and health-care staff are being given priority in the initial stages of the mass immunization program.

Shares in Ashtead AHT, +3.50% rose close to 4%, as the construction-equipment company raised its full-year guidance after a “resilient” performance in the first half of the year.

Ferguson’s FERG, +0.92% stock edged higher, as the plumbing-and-heating-parts company’s profits jumped in the first quarter, driven by demand for home improvements in the U.S.

Electricity suppliers SSE SSE, +2.75% and National Grid NG, +1.14% were among the FTSE 100’s biggest risers, after the regulator Ofgem cut the returns that energy networks can give to shareholders by less than previously announced.