Home
Stocks
Lord Mandelson refuses to back any of the candidates in the U.K. Labour Party’s leadership race
Prev Article Next Article
This post was originally published on this site 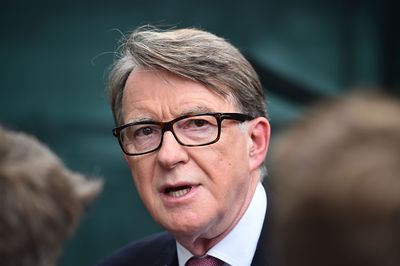 U.K. Labour Party grandee Lord Mandelson is refusing to back any of the candidates in the party’s leadership race.

The U.K.’s former Secretary of State for Trade and Industry, has waded into the Labour Party leadership contest, hinting the best candidate should come from the center left of the party but declined to give his support to any one person.

Speaking for the first time about the candidates, who include Rebecca Long-Bailey, Emily Thornberry, Sir Keir Starmer and Lisa Nandy, the peer told MarketWatch: “I’m not getting into individuals. There’s no point dwelling in the past. The candidate who should win is the one who is best placed to lead the party to victory in the future.”

Mandelson who was one of the architects of former Prime Minister Tony Blair’s New Labour project said: “You’ve got to build a bridge to the future. That’s all I would say.” He was attending the World Economic Forum at Davos, Switzerland and is the co-founder and chairman of strategic advisory firm Global Counsel.

The successful candidate will be announced on April 4. Labour leader Jeremy Corbyn said he would stand down after his party suffered its worst electoral defeat in 84 years in December 2019.

Corbyn took Labour from a successful center-left party that under Tony Blair won three elections, to the more extreme left, promising radical reforms in business and the economy.

Party members have to decide whether to back a candidate in the mold of Corbyn or one seeking a more progressive center-left stance.

This article is part of Barron’s Group’s ongoing coverage of the World Economic Forum in Davos, Switzerland.