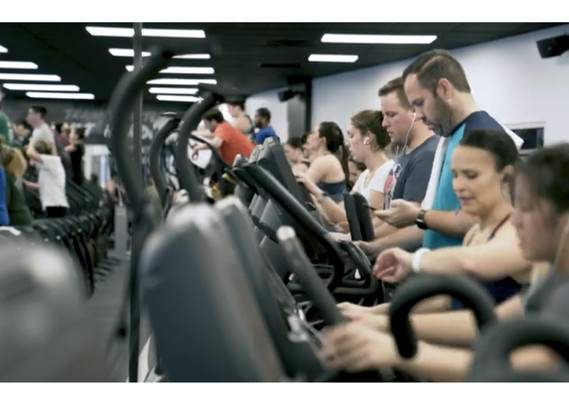 Shares of Lucille Roberts gyms parent Town Sports International Holdings Inc. plunged back below the $1 level Monday, after the fitness center operator issued a “going concern” warning, which can be considered an “event of default” under terms of its 2013 term loan facility.

The company CLUB, -45.00%  , which brands include NYSC, Total Woman Gym & Spa in California and Around the Clock Fitness gyms in Florida, said in a 10-K filing with the Securities and Exchange Commission late Friday that it was mandated on March 16 to close 95% of its clubs as a result of the COVID-19 pandemic. The clubs in Florida remained open, but the company said it was likely they will eventually be ordered to close as well.

“We cannot predict with certainty when we may be permitted to reopen our locations and we may face significant obstacles to reopening our clubs,” the filing said. “Consumer habits may also be altered in the medium to long term by restrictions on movement which may increase the prevalence of home, amenity or virtual gym arrangements that compete with our clubs.”

Don’t miss: These industries will be hardest hit by the coronavirus pandemic — but one sector will likely remain ‘recession-proof.’

In an effort to cut costs and conserve cash, the company said it informed all nonexecutive employees working at clubs ordered to close that they have been terminated “with immediate effect.” As of Dec. 31, the company had 9,200 employees.

“These recent events further contribute to conditions that raise substantial doubt about our ability to continue as a going concern within one year after the date the financial statements are issued,” the company warned. “Under the terms of the 2013 Term Loan Facility, this is considered an event of default which allows the lenders to call the debt in advance of maturity.”

As of Dec. 31, the company said it had $18.8 million in cash, but $177.8 million in debt under its 2013 term loan facility that is due on Nov. 15 of this year. The ability to refinance that debt will determine whether it can continue as a going concern.

The tone of the fourth-quarter report was very different from the annual report, however. Chief Executive Patrick Walsh said same-store sales improved “materially” from the third quarter, and he was “very pleased” to report the improvement continued into the first quarter, with January same-store sales up 0.9% and February sales up 1.2%.

“As we weather the strains on our business from the unprecedented world-wide response to the Coronavirus outbreak, we look forward to resuming this trend in the remainder of 2020,” said Chief Executive Patrick Walsh.