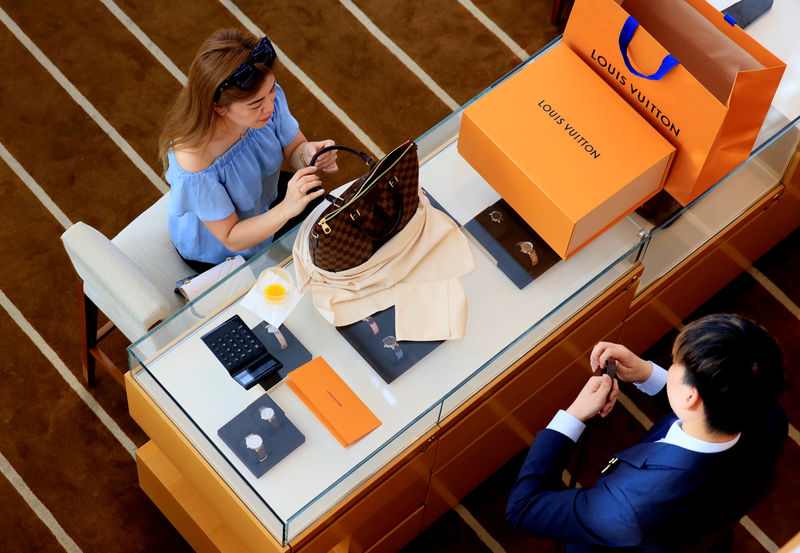 (Bloomberg) — LVMH’s sales growth slowed in the fourth quarter as protests in Hong Kong dented Chinese demand for the luxury giant’s products at the end of a strong year.

Sales rose 8% on an organic basis, slowing from 11% in the third quarter, Paris-based LVMH said Tuesday after the close of trading. Analysts expected an 8.7% increase, according to a Bloomberg survey.

The maker of high-end items ranging from Givenchy perfume to Veuve Clicquot Champagne has been riding high during a three-year boom led by Chinese customers. The momentum largely persisted through headwinds including a weaker yuan and slowing domestic growth.

Italy’s Salvatore Ferragamo SpA also said Tuesday that it was hit by the turmoil in Hong Kong, with retail sales there falling more than 50% from a year earlier in the fourth quarter. The company’s overall sales for the full year also missed analysts’ estimates.

Concerns about the impact of the coronavirus epidemic originating in Wuhan, China, have prompted a sell-off in luxury stocks over the past week. The outbreak of the respiratory illness has coincided with the Lunar New Year holiday, which is usually a high point for tourist shopping.

Hong Kong on Tuesday announced curbs on travel from mainland China in an effort to contain the virus, which could act as a further drag on spending.

“We’re seeing an extremely strong and motivated response from China,” LVMH Chairman Bernard Arnault said in a Paris briefing. “That reaction will have clear consequences in the fight against this epidemic.”

LVMH’s shares have risen more than 60% over the past two years, fueling acquisitions including a $16.2 billion deal to take over American jeweler Tiffany & Co. That purchase, the luxury industry’s biggest to date, is expected to be completed mid-year.

The slightly downbeat end to the year took some of the shine off growth at Louis Vuitton and Christian Dior, LVMH’s biggest fashion brands, which boosted the fashion division’s profits 24% for the full year.