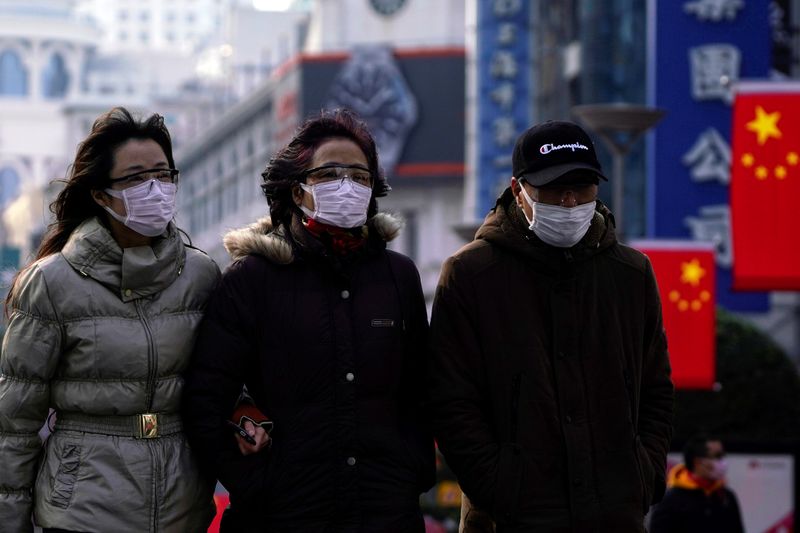 LONDON/HONG KONG (Reuters) – Many global companies from hotels and airlines to industrial houses are expected to have to foot the bill for disruptions caused by a new coronavirus in China, with epidemics usually excluded from insurance cover, experts said.

With 132 deaths in China and new cases being reported around the world, companies are set to face billions of dollars in losses linked to events and travel cancellations and closure of businesses, they said.

The virus originated in the city of Wuhan, forcing airlines to cancel flights and companies including Facebook (NASDAQ:) and HSBC to suspend travel to China.

“For insurers, the bulk of the claims from this outbreak will come from businesses, mainly travel, hospitality and event firms, followed by mortality and healthcare costs,” said a Hong Kong-based insurance sector lawyer with a global law firm.

Risk modeling firm RMS said it was too early to estimate insured losses.

While some large global firms buy coverage for communicable diseases, most “standard insurance policies” exclude such outbreaks to keep costs low, said the lawyer, declining to be identified as he was not authorized to speak to the media.

Global insurers typically cover risks such as earthquakes and plane crashes, but have been paring back exposure to certain risks, such as shipping, to avoid huge losses.

Previous viruses, such as SARS, Ebola and Zika, have also led insurers to be more cautious about exposure, with specific virus exclusions added to most basic coverage policies, industry insiders said.

The Severe Acute Respiratory Syndrome pandemic which spread to 37 countries in 2003 caused $4 billion worth of economic losses in Hong Kong, $3-$6 billion in Canada, and $5 billion in Singapore, according to insurance broker Marsh.

Insurance experts also told Reuters that most event cancellation policies would not cover the new virus.

Companies buy business interruption policies with their property insurance to cover loss of revenue if they are forced to close temporarily, but those policies are also likely to exclude communicable diseases, an underwriter in London and insurance executives said.

“The Asian hospitality industry is an obvious example of an industry already affected. For many lines of business … it is common market practice to have epidemic outbreak risk excluded,” a Munich Re spokesman said.

While some firms including Munich Re have developed specific insurance products and policies for infectious diseases, not many firms have bought them, insurers said.

Starbucks Corp (NASDAQ:) on Tuesday became the first major U.S. company to warn of a financial hit from the virus.

The Shanghai government announcement that all companies in the city would not be allowed to start work before Feb. 9 will affect companies including Tesla (NASDAQ:) Inc, General Motors (NYSE:) and Volkswagen (DE:).

While most travel insurers are likely to reimburse costs associated with trip cancellations and medical expenses for policies bought before the spread of the virus, some are excluding the coverage for select destinations now, industry officials said.

Insurers Aviva (LON:), Allianz (DE:) and AXA said individual policyholders would be covered if they are impacted by the virus, provided they follow travel advisories from governments.