Home
Stocks
Mark Hulbert: How we know that Tesla is a bubble that is going to pop
Prev Article Next Article
This post was originally published on this site 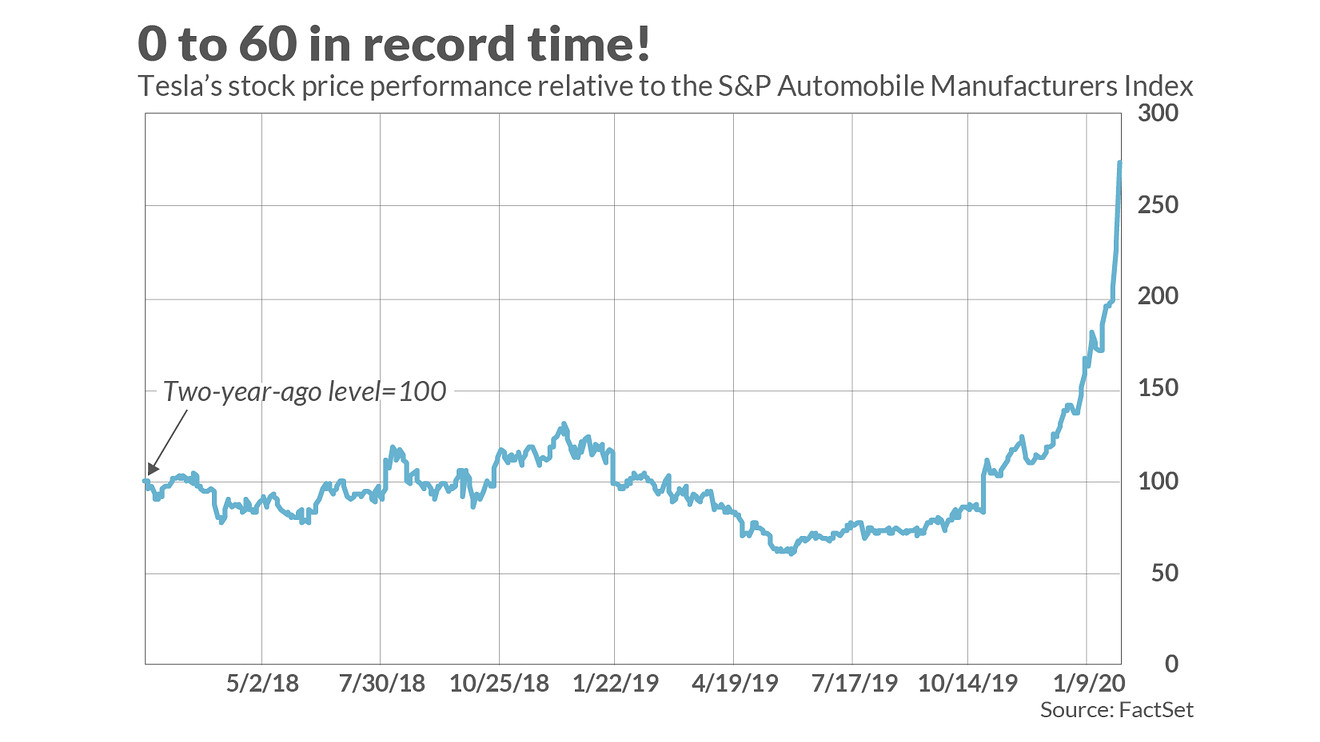 It hardly seems newsworthy to report that Tesla’s stock is in a bubble.

After all, it has more than quadrupled since last summer, and short sellers have been insisting ever since that a bubble is forming.

But what is newsworthy is that Tesla’s TSLA, +18.97% stock runup in recent days has now satisfied an objective criteria of a bubble that is about to burst. The probability of a crash is now more than 80%, according to that model.

To be sure, bubbles — and the crashes that follow when they burst — are rarely defined by the armchair pundits who like to throw around these terms with abandon. The Harvard researchers employ the following definitions: A bubble is a sharp price run-up over a two-year followed by at least a 40% drop over the subsequent two years.

These probabilities are summarized in the table below. To put them in context, consider that Tesla’s stock has produced a trailing two-year gain of 162%. Tesla’s gain relative to that of the S&P 500 Automobile Manufacturers Index SP500.25102010, +2.71%   has been even higher, at 209%.

The odds are even worse than this table suggests, furthermore, given several other factors that the Harvard researchers found to increase the odds of a crash. One is acceleration, defined as how much of the trailing two-year return came most recently. This clearly is a factor for Tesla, since it’s only been in recent weeks that its stock has gone parabolic.

Another factor increasing the odds of a crash is an inflated price/earnings ratio. This also applies to Tesla, of course, since it currently doesn’t even have a P/E, given that it lost money over the last 12 months. Its forward-looking P/E, based on estimated earnings per share over the next 12 months, is 85.7, according to FactSet — more than four times higher than for the S&P 500 SPX, +1.68%  .

Note carefully that the Harvard researchers’ model is not a commentary about Tesla as a company or its mission. Their model instead is solely based on past price performance.

Tesla’s true believers no doubt will insist that the history on which the researchers based their model doesn’t apply. They will tell a story that in essence boils down to the claim that there has been no company like Tesla before.

That’s just another way of saying that “this time is different,” of course — the four most dangerous words on Wall Street.