Home
Stocks
Market Extra: A bearish ‘death cross’ has appeared in the Dow’s chart
Prev Article Next Article
This post was originally published on this site

A bearish “death cross” pattern has appeared in the Dow Jones Industrial Average’s chart for the first time in over a year, which is a warning of further losses in the near term.

But recent history suggests the pattern might not be the death knell for the stock market that the name implies, as the past two death crosses appeared much closer to the bottom than the previous top.

The Dow DJIA, -4.56%  dropped 365 points, or 1.8%, in afternoon trading Friday, and has now dropped 33% since closing at a record 29,551.42 on Feb. 12 amid growing fears of the economic impact of the COVID-19 pandemic. The Dow is set to stretch its streak of not producing back-to-back gains to six weeks. Read Market Snapshot.

A death cross occurs when the 50-day moving average (DMA), which many chart watchers use as a short-term trend tracker, crosses below the 200-DMA, which is widely viewed as a dividing line between longer-term uptrends and downtrends. The idea is the cross marks the spot that a shorter-term selloff transitions to a longer-term downtrend. 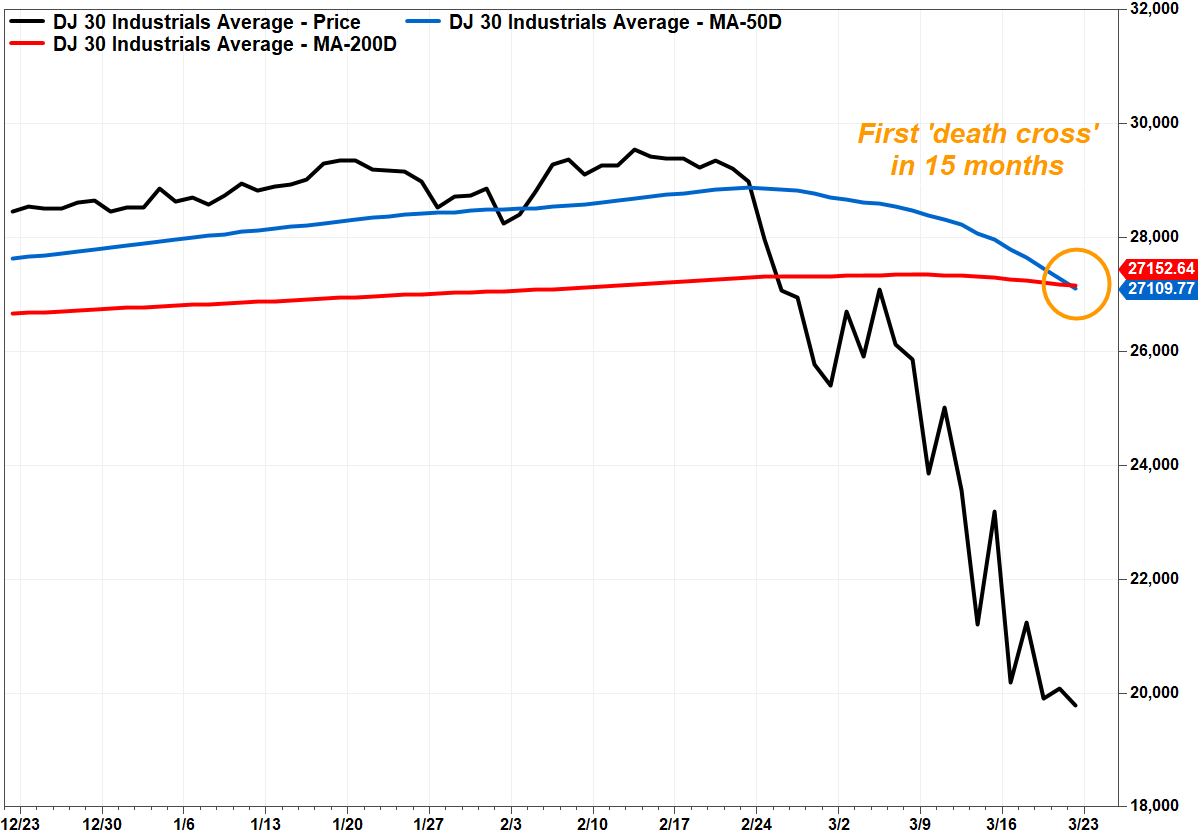 Crosses aren’t necessarily good market-timing indicators, however, as they are well telegraphed, but they can help put a selloff in historical perspective. 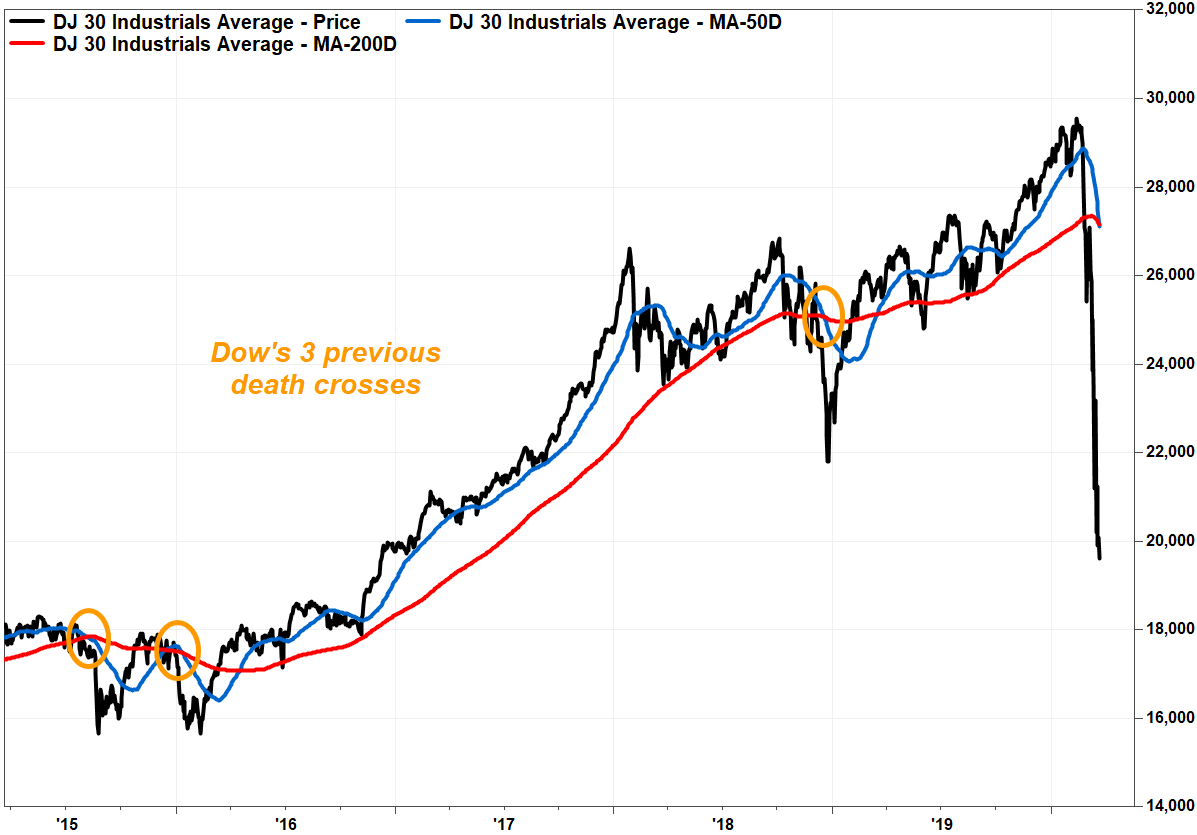 Not all death crosses appeared in the later innings of the selloff. The one that appeared on Aug. 11, 2015 followed a 5.0% decline from its then-record close three months earlier; the Dow fell another 10.0% in two weeks before bottoming.