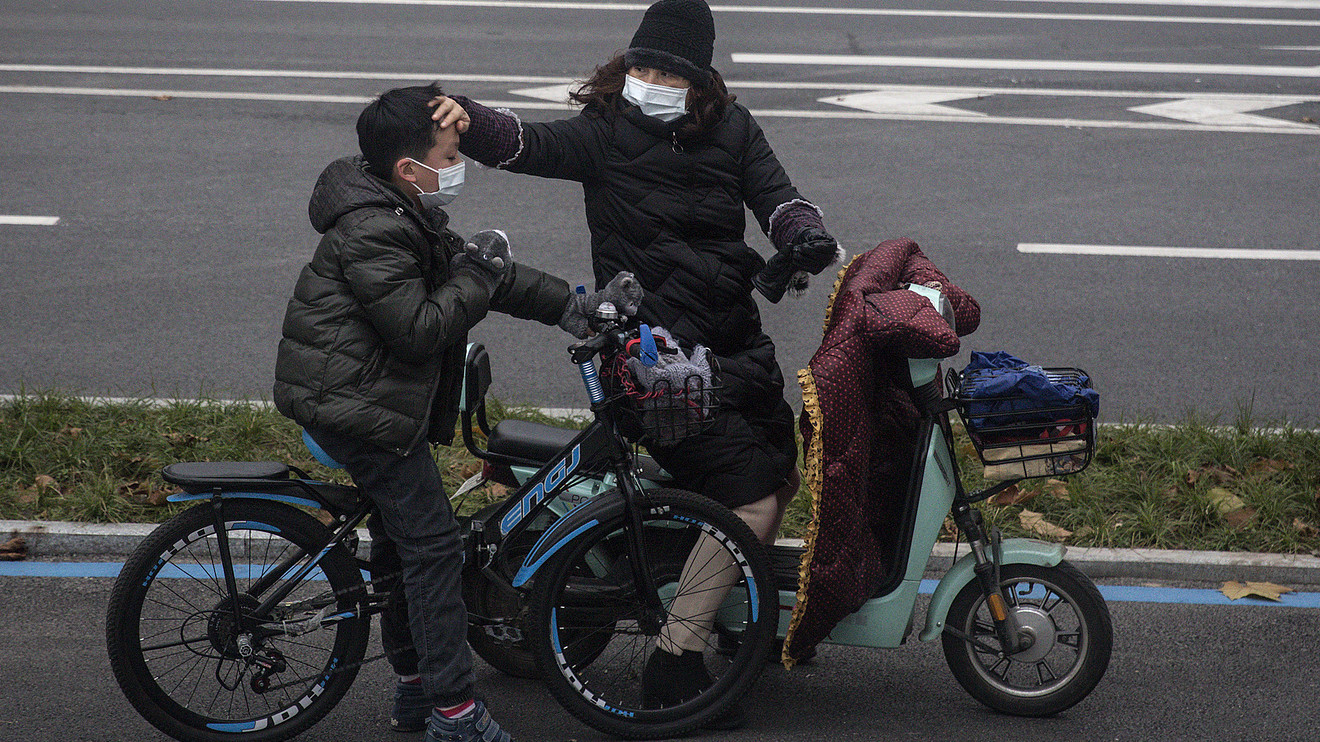 Economists began to lower growth assessments for China on Thursday amid the quickly spreading coronavirus outbreak, with Nomura analysts warning that “the worst has yet to come.”

“Based on our study of the coronavirus’ characteristics and the Chinese government’s responses thus far, we reckon the coronavirus could deal a more severe blow to China’s economy in the near term relative to SARS [severe acute respiratory syndrome] in 2003,” said a team of analyst led by Ting Lu at Nomura, in a note to clients.

That assessment came as the China death toll from the virus reached 170 and the number of infected climbed over 7,700. Global equity markets tumbled on Thursday as investors nervously awaited the outcome of an emergency World Health Organization meeting, where officials will determine whether an international emergency needs to be declared over the virus.

Nomura’s Lu noted that the SARS outbreak triggered a 2 percentage point plunge in China’s gross domestic product from the first to second quarters of 2003. “Based on our assumptions, real GDP growth in [first quarter] 2020 could materially drop from the 6.0% pace achieved in [the fourth quarter of] 2019, on a scale perhaps bigger than 2pp registered during the SARS outbreak in 2003,” he said.

Nomura’s Lu said he expects Beijing will introduce several measures to provide liquidity and support to the economy, notably business owners struggling amid the outbreak. He warned that the virus is still in the early stages of development, highlighting recent comments from the mayor of Wuhan—the virus’s believed epicenter—who said five million people left the city before its borders were closed.

“Traffic flows will likely surge again in coming weeks when people return to work after the Lunar New Year holiday concludes,” he said. But Li added that the coronavirus may only prove a temporary shock and that could mean a V-shaped recovery due to strong pent-up demand and production. The scale of the slowdown and timing of that rebound hangs on the unfolding of the coronavirus, which remains an uncertain, he warned.

Investors are anxiously awaiting the reopening of China’s stock markets next week. China’s CSI300 000300, -3.10%  stock market closed down 3% on January 23 ahead of the Lunar New Year holiday—Taiwan’s stock exchange reopened from the holiday Thursday to a near 6% loss.

Officials delayed the reopen of China’s financial markets until February 3 due to coronavirus concerns. The country has taken extraordinary measures, such as restricting travel and locking down cities, in an attempt to get the virus under control.

Coronavirus cases have cropped up in Europe, Japan, the U.S. and elsewhere in Asia, as airlines have canceled flights and international and Chinese businesses keep workers at home to stop the spread of the virus.

Also weighing in on the China economy was a team of economists at Citigroup, led by Li-Gang Liu, who said they expect much of the negative impact for China from the coronavirus to be concentrated in the first quarter, based on the SARS episode, but that the recovery from that may take longer.

“We expect a sharp GDP slowdown to 4.8% year-over-year in [the first quarter], with a negative seasonally adjusted quarter-on-quarter growth. Given the importance of maintaining stability and the expected larger fiscal and monetary stimulus, we forecast full-year growth to slow to 5.5% [year-over-year] for 2020,” said Liu.

The Citi team said China officials will have to break fiscal deficit rules and make policy more proactive to contain the virus’s spread and slow the economic downward spiral. And monetary policy will also need to become more accommodative, with necessary targeted reserve requirement ratio cuts to Hubei-based financial institutions and other regions that have been heavily hit.

Expect, as well, a one-off policy rate cut in the first quarter by at least 15 basis points to ease interest rate payments for Chinese firms, especially smaller ones, alongside regulatory help for individuals and companies facing repayment difficulties, said the analyst.