Home
Stocks
Market Extra: Dow ends above 32,000 milestone for first time. Here’s how it got there
Prev Article Next Article
This post was originally published on this site 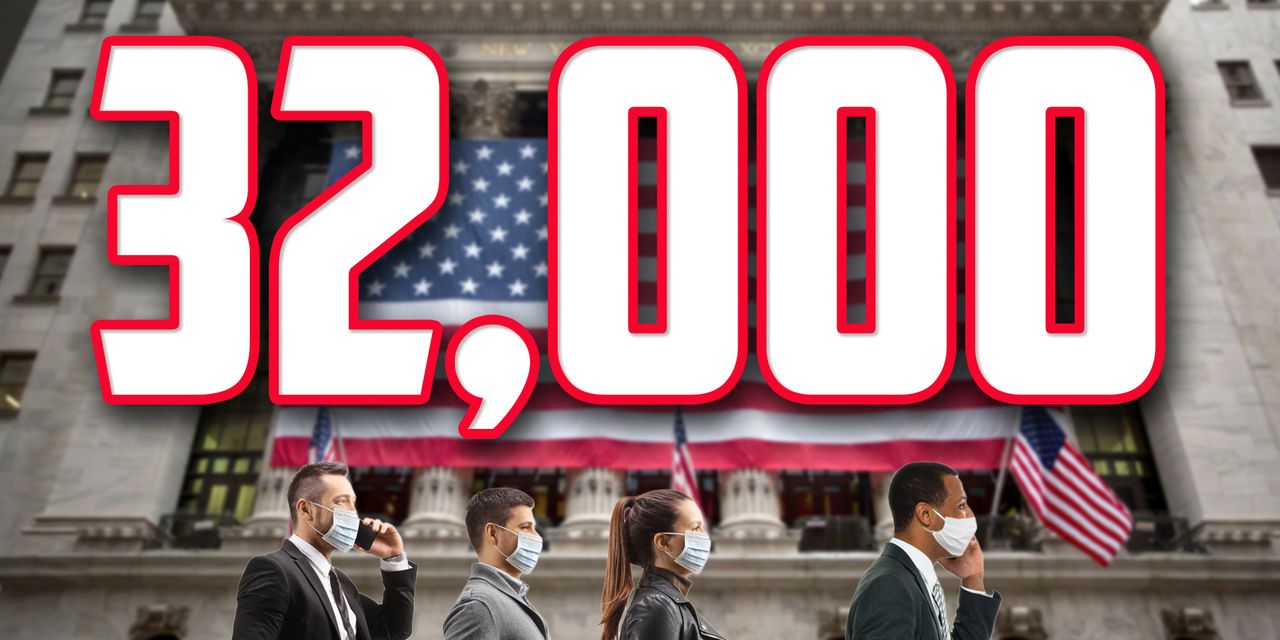 The Dow Jones Industrial Average on Wednesday closed above the psychologically significant 32,000 level, registering a milestone during a turbulent period for the stock market as the economic recovery from the pandemic takes shape.

The rally for the blue-chip index comes as economic data suggests that worries about out-of-control inflation perhaps have been overblow, at least in the short-term, helping to power a rally in those stocks that might perform best against the backdrop of an improved business environment.

On top of that, the House, in a 220-211 vote, passed a $1.9 trillion coronavirus-relief bill and sent it to President Biden for his signature, legislation that is intended to provide a round of new spending and antipoverty measures through Congress. It comes as vaccine rollouts from the likes of Johnson & Johnson JNJ, +0.92% are brightening the prospects for a strong rebound from the public health disaster.

Against that backdrop, the Dow DJIA, +1.46% has managed to climb despite a bout of turbulence over the past several weeks, and growing worries about stock-market valuations.

A rise in benchmark bond yields also has propelled a rotation out of highflying technology and growth-oriented stocks and into those considered more cyclical in nature like energy, industrials and financials, which should perform best as the economy improves.

Specifically, Goldman Sachs GS, +3.46% was the biggest contributor to the Dow’s 1,000-point climb, ringing up over 330 points, according to Dow Jones Market Data. The Boeing Co. BA, +6.39%, adding 214 points, was the second-best contributor for the price-oriented index.

Here’s a complete list of the leaders and the laggards:

Also worth noting is that the higher the Dow rises, the smaller each 1,000-point move is in percentage terms, but individual investors have tended to pay close attention to the Dow when it carves out fresh milestones.