Home
Stocks
Market Extra: Fears of a ‘supply shock’ are rattling stocks and global markets as viral outbreak continues
Prev Article Next Article
This post was originally published on this site 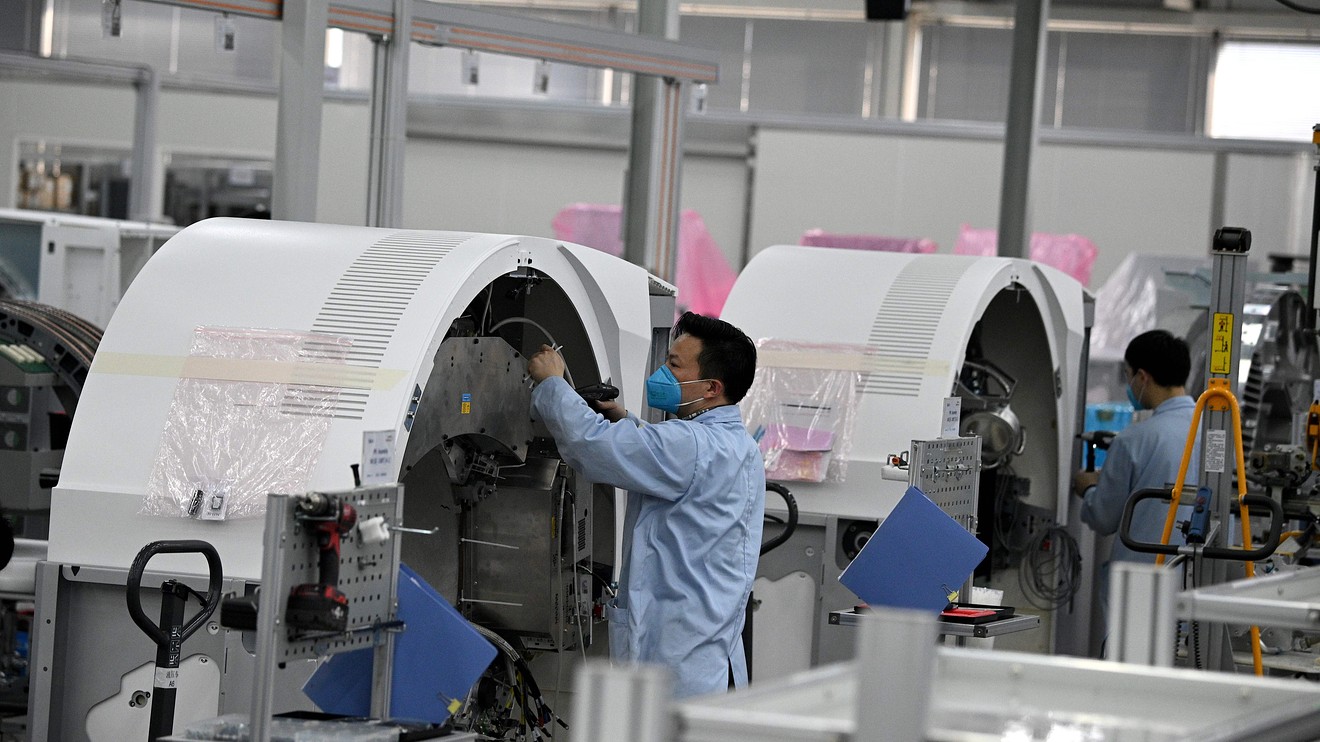 There’s something different about the threat COVID-19 poses to the global economy. And that’s what has investors worried.

“Because of its genesis in China, coronavirus is both a demand and a supply shock to the global economy,” said Brian Nick, chief investment strategist at Nuveen, in a Tuesday note.

“Outside of China, however, evidence based on February’s survey data (U.S. consumer sentiment and the eurozone purchasing managers index) suggests that demand remains solid, and supply issues are the key risk,” he said.

Investors are more used to dealing with the occasional threat of negative demand shocks — an unexpected hit to demand for goods and services. But the potential for a negative supply shock — an unexpected change in the supply of a product or commodity — is more unnerving.

As Erik Nielsen, group chief economist at UniCredit Bank, explained in a Sunday note, investors know that efforts by policy makers to stimulate the economy can partly address demand shocks.

But it is “much more complicated, if at all possible” to offset supply shocks, he wrote, offering the following example:

Big, negative supply shocks are rare, Nielsen noted, with the oil shocks of the early and late 1970s offering perhaps the most well-known examples. Other supply shocks would be storms, tsunamis, earthquakes, wars, embargoes, and strikes. The problem is that there’s little that looser monetary policy or additional fiscal stimulus can do to offset the impact because those stimulus measures work by boosting demand.

Stocks weathered temporary pullbacks earlier this year, with bulls shrugging off warnings about the potential impact of quarantine efforts and shutdowns on Chinese consumer demand and global supply chains.

But the spread of COVID-19 outside of China and the potential for broader disruptions to both activity and demand was blamed for a sharp selloff Monday that saw the Dow Jones Industrial Average DJIA, -3.14%  drop more than 1,000 points as the blue-chip gauge, the S&P SPX, -3.02%  and Nasdaq Composite COMP, -2.77%  drop more than 3%, accompanied by investors fleeing into traditional haven assets like gold and U.S. Treasurys.

An early bounce by stocks on Tuesday gave way to renewed selling also, with the Dow off by nearly 900 points, or 3.2%, in mid-afternoon action, while the S&P 500 dropped 3.1%.

Stock-market bears have argued that the nature of the potential economic shocks from the viral outbreak, coming at a time when central bank stimulus efforts were seen as already stretched, could threaten the long-running bull market.

Related: Why ‘buy-the-dip’ is the stock market’s default setting — and what it would take for that to change

While demand has so far held up outside of China, the disruption to global supply chains running through China, Korea and, potentially, Japan is likely to take a toll on production, wrote Nuveen’s Nick.

If Asian production stoppages worsen or continue well into the second quarter, a global supply crunch could hit the already weakening manufacturing sector, he said, with implications for jobs and the wider global economy.

Moreover, it comes in an environment where valuations for U.S. stocks and credit markets were “’priced to perfection’ or something close to it following the three Fed interest rate cuts last year and the resolution of various trade deals,” he said.

Indeed, coming into this week, markets had largely reacted in “a rather casual, and inconsistent, way,” said UniCredit’s Nielsen.

That was due largely to central bank asset purchases and ample liquidity, as well as the unsubstantiated belief the outbreak would be a brief passing issue on the order of the SARS outbreak in the 2000s, he said, along with “apparent confusion about the nature of demand versus supply shocks and the (limited) effectiveness of policy stimulus in these circumstances.”

Nick said that even after Monday’s drop, U.S. stocks still reflect a very positive outlook for earnings growth and the U.S. economy, along with the potential for the November presidential elections to result in “market-friendly status quo”.

“All of that can be thrown into doubt should the global impact of the virus continue to spread,” he said. “In the near term, look for stocks and other risk assets to respond negatively to signs of deterioration in economic data.”