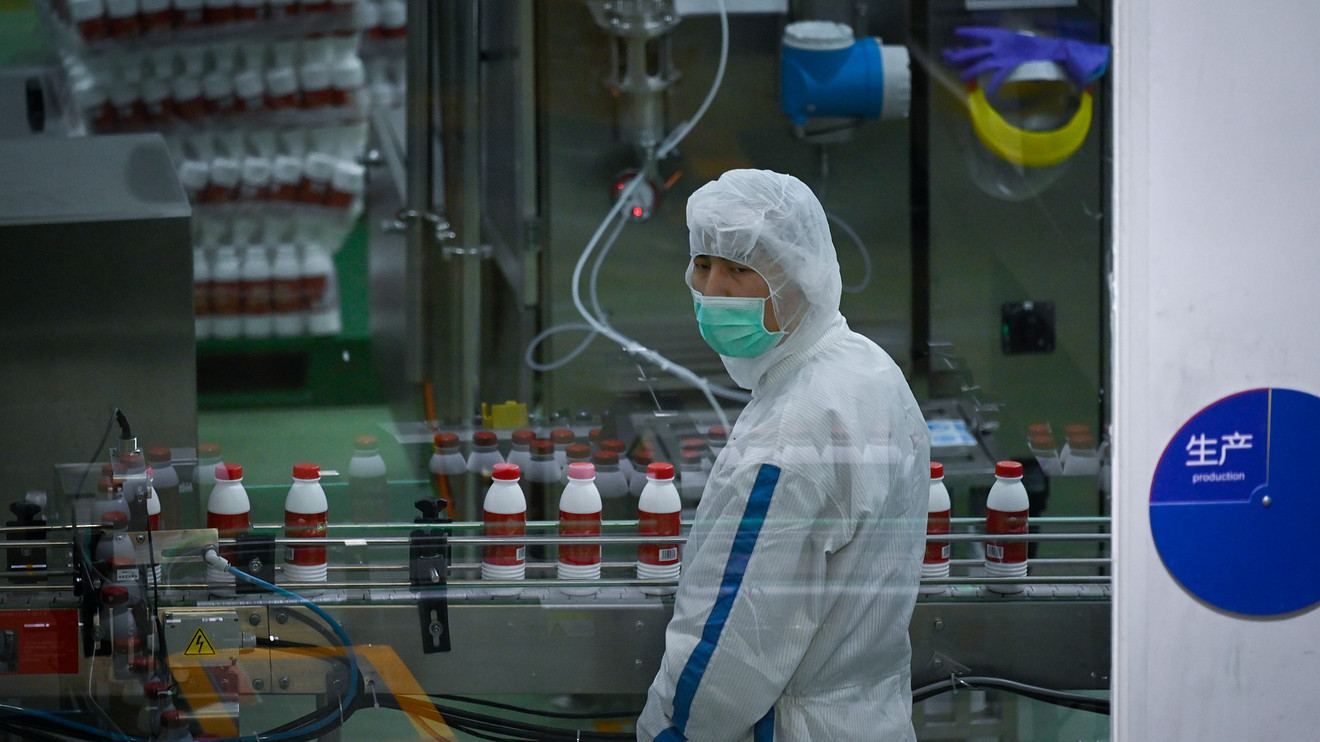 Only a week ago market pundits were still telling investors to fade the panic from the COVID-19 outbreak. But Tracy Chen didn’t share in the optimism.

The fund manager for BrandyWine Global said an array of “alternative” datasets which offered frequent updates of how swiftly Chinese workers were returning to the factory floor painted a more dire picture of the world’s second largest economy. Based on such sources, hopes for China to see a V-shaped recovery — a sharp rebound of economic growth after a first-quarter slowdown — are going to be dashed, said market participants.

“One third are still getting back, one third is getting quarantined, and another third is at home because there’s no demand,” said Chen.

Investors have employed high-frequency data like traffic congestion and coal consumption that isn’t offered by government statistics agencies to get a pulse on China’s economy, as official data releases can take longer to be published.

“The official data lags, so when you have a situation like this, you have to turn to some alternative data sources to get a read on the ground,” said Alex Etra, senior strategist at Exante Data, in an interview with MarketWatch.

Most workers were supposed to restart work in early February after the 15-day Lunar New Year holidays, but quarantines, factory stoppages, and supply chain disruptions have delayed a return to normal business activity.

A growing number of hedge funds, money managers and analysts have touted the benefits of alternative data as a way to get an edge on financial and commodity markets recently.

Alternative data has been particularly valuable during the coronavirus epidemic as Wall Street forecasters have been slow to cut their economic growth forecasts for China, allowing some to front-run the deterioration in investor sentiment, according to market participants.

The data has also offered a more up-to-date view of how many of China’s army of around 300 million migrant workers have left their hometowns where many have been marooned since the Lunar New Year holidays and returned to factory production lines.

But Exante Data’s Etra found that pollution data was not useful on its own to gauge a recovery in factory output as changes in weather made the data too volatile to show a discernible pattern.

The potential problems that can plague some data sources illustrates the importance of combining multiple alternative data sources to get a composite picture of economic and industrial trends, said analysts.

Another source that has proved useful is the data tracking migration between cities, offered by Chinese search engine Baidu. Exante Data analysts said travel among China’s biggest cities has seen a substantial drop from last year.

Using YoY percentages to gauge economic activity, the Feb 26 median of intracity travel among China’s 50 largest cities was down 33% from 2019, and down 43% from 2020 pre-LNY. pic.twitter.com/A9T7ZdOA3i

With this range of data at hand, Chen formed a disparate picture of China’s recovery. She found the industrial rebound varied widely from city to city and also depended on how reliant a certain region was on migrant labor.

She estimated the return to full capacity, at its earliest, would be at the end of March, but that between April and May was a more likely time frame.

This sobering assessment helped her to overcome the widely-held assumption that the coronavirus like previous health scares would have a fleeting impact on the global economy, and made her bearish on the currencies of Asian economies that were hard-hit by the virus.

Still, Chinese stocks have managed to weather much of the concerns around the coronavirus, better than other emerging-market equity markets. The benchmark CSI 300 index 000300, +0.29%  , comprised of mainland-listed stocks, is nearly flat year-to-date, after recovering from a near 10% decline in late January.