Home
Stocks
Market Extra: The Dow is off by more than 1,000 points and heading for its second-worst point drop ever — here’s how the stock market tends to perform after big drops
Prev Article Next Article
This post was originally published on this site

A bona fide selloff took hold on Wall Street Monday after investors spent weeks attempting to come to terms with the potential impact of COVID-19 as it spreads in countries outside of China, threatening to dent global supply chains and economies.

If it holds until the closing bell, the day’s decline would mark the second-biggest daily point drop for the Dow Jones Industrial Average DJIA, -2.73% in its 124-year history. The blue-chip benchmark dropped 1,079.97 points at its low, or 3.73%.

To be sure, such drops are less meaningful because the Dow has been trading at lofty levels. For example, the Dow’s 1987 crash was a 508-point drop but represented a 23% decline overall.

Negative for the year

Monday’s downturn has wiped out gains for the Dow and the S&P 500, which was trading flat for the year but in negative territory, at last check. 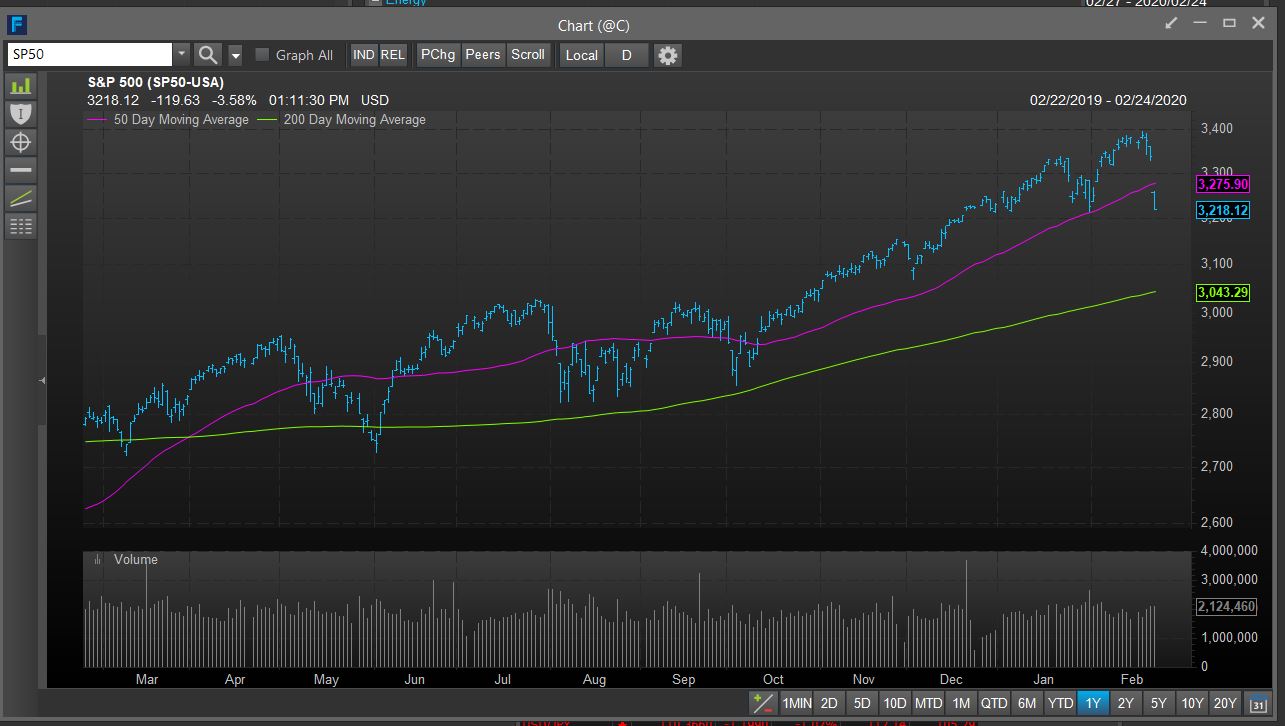 Worth a read: Apple’s stock falls below its 50-day moving average for first time in nearly 6 months

Check out: Can stocks keep soaring as the U.S. dollar surges? What investors need to know

Government bonds have been hovering around lows even as stocks have been climbing, an odd dynamic in a market and has implied that investors are unsettled by the uncertainty surrounding COVID-19.

…So how does the market tend to perform in this aftermath

However, despite all the relative carnage being endured by the stock market presently, stocks have a tendency to rebound after a hit of at least 2%, Dow Jones Market Data show.

The last 10 times that the S&P 500 index fell by as much as 3%, for example, it declined 0.27%, on average, in the next trading session. However, the average performance improve dramatically in the following week, month and year, as shown in the table below:

Meanwhile, the Dow has a similar record.

To be sure, how the market performs in the past is no guarantee of what it will do in the future. On the top of that, an epidemic that gets out of control could lead to unprecedented results for the market and economy. During past epidemics, the market has eventually rebounded, however.

—Michael Destefano contributed to this article