Home
Stocks
Market Extra: U.S. mortgage bond market in turmoil, waiting on Fed relief to sink in
Prev Article Next Article
This post was originally published on this site 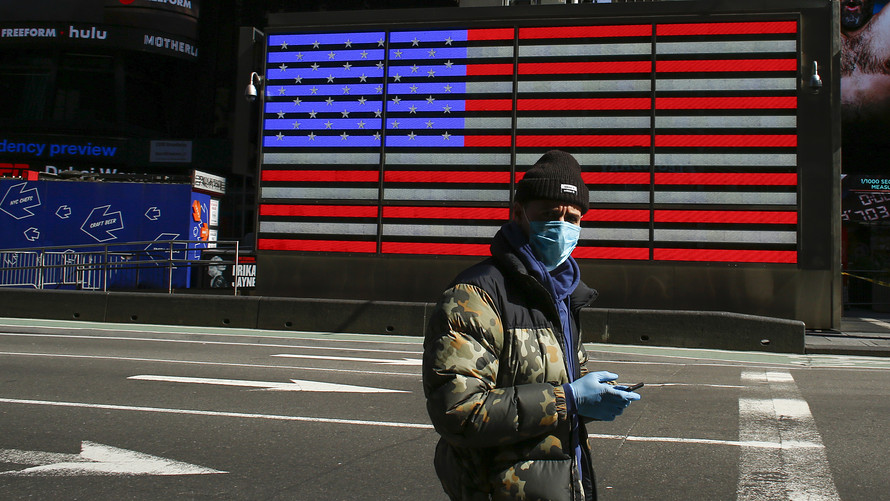 Investors say it has felt a lot like 2008 in the biggest part of America’s $11 trillion home finance market, only without the insolvencies.

Many of them credit last week’s swift actions by the Federal Reserve, which opened its vaults to unleash trillions of dollars, with soothing some of the shocks of the spreading coronavirus outbreak and its expected toll on the nation and the economy.

See: Here’s a breakdown of the Fed’s rescue programs to keep credit flowing during the pandemic

The central bank’s initial plan was to buy at least $700 billion of Treasury debt and agency mortgage bonds, or where the bulk of all home loans are bundled up into securities with a government backstop.

But investors still reeling from the quickest selloff of their careers also say that haven assets, including agency mortgage bonds, continue to be a target of selling as investors look to stockpile cash in the event of market carnage, and that last week’s record bond-fund outflows are not yet over.

“There are still a lot more people selling for liquidity, which is first and foremost,” Steven Oh, global head of fixed-income at PineBridge Investments in Los Angeles told MarketWatch. Even though “the cost to transact has improved,” he said. “It’s still not ideal.”

U.S. Treasurys and agency mortgage bonds have been prized for safer, more liquid havens during stormy times, until now.

This BofA Global Research chart shows how dire Treasury market liquidity has been in recent days: 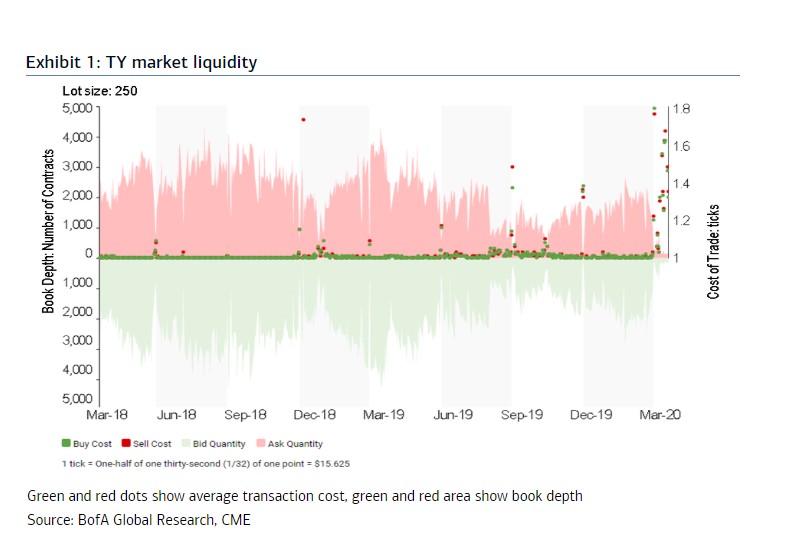 Trying to trade agency mortgage bonds has been little better, unless an investor is willing to sell bonds for less than their recent worth.

But the hope remains that the Fed’s combination of emergency lending programs and asset purchases will be enough to bring further calm, even as the Senate on Sunday failed to clear the first hurdle of a massive coronavirus stimulus measure and U.S. stock futures plunged again.

In addition, President Donald Trump, facing criticism for his coronavirus response, on Sunday also ordered the National Guard to California, New York and Washington to help deal with the pandemic. New York City, the hub of global finance, also ordered its 8.5 million residents to stay home from work, as the state braced to become a hot spot of the global pandemic.

“I think the Fed will continue buying mortgage bonds until there is some sort of normalcy,” John Kerschner, head of U.S. structured products at Janus Henderson Investors in Denver, said in an interview with MarketWatch. “Who knows when that’s going to be.”

The $6.9 trillion agency mortgage-bond market is typically one of the most sought-after havens in U.S. finance, in large part because government guarantees provide investors significant coverage from losses, except any premium on bonds that trade above their $100 buyback price.

Last week alone, the Fed purchased more than $300 billion of government bonds and agency mortgage bonds, or MBS, while pledging to buy at least $500 billion of assets on Sunday night.

While that makes the Fed (again) the “lender of last resort,” BofA Global Research analysts on Sunday said they expect the central bank to further ramp up its market interventions and implement a “full and unlimited backstop to the agency MBS market” in the coming days and weeks, as well as rollout other, stabilizing measures.

It’s “time to unleash the Fed’s full arsenal,” urged the BofA team led by Mark Cabana, in a client note.“What has started out as a health-care crisis has quickly spiraled into an economic one and risks quickly becoming a housing/financial crisis.”

Check out: Here’s how a Fed plan to support the corporate, municipal bond market would work