Home
Stocks
Market Extra: Wall Street exchanges brace for coronavirus outbreak, as Trump says ‘every aspect of our society should be prepared’
Prev Article Next Article
This post was originally published on this site 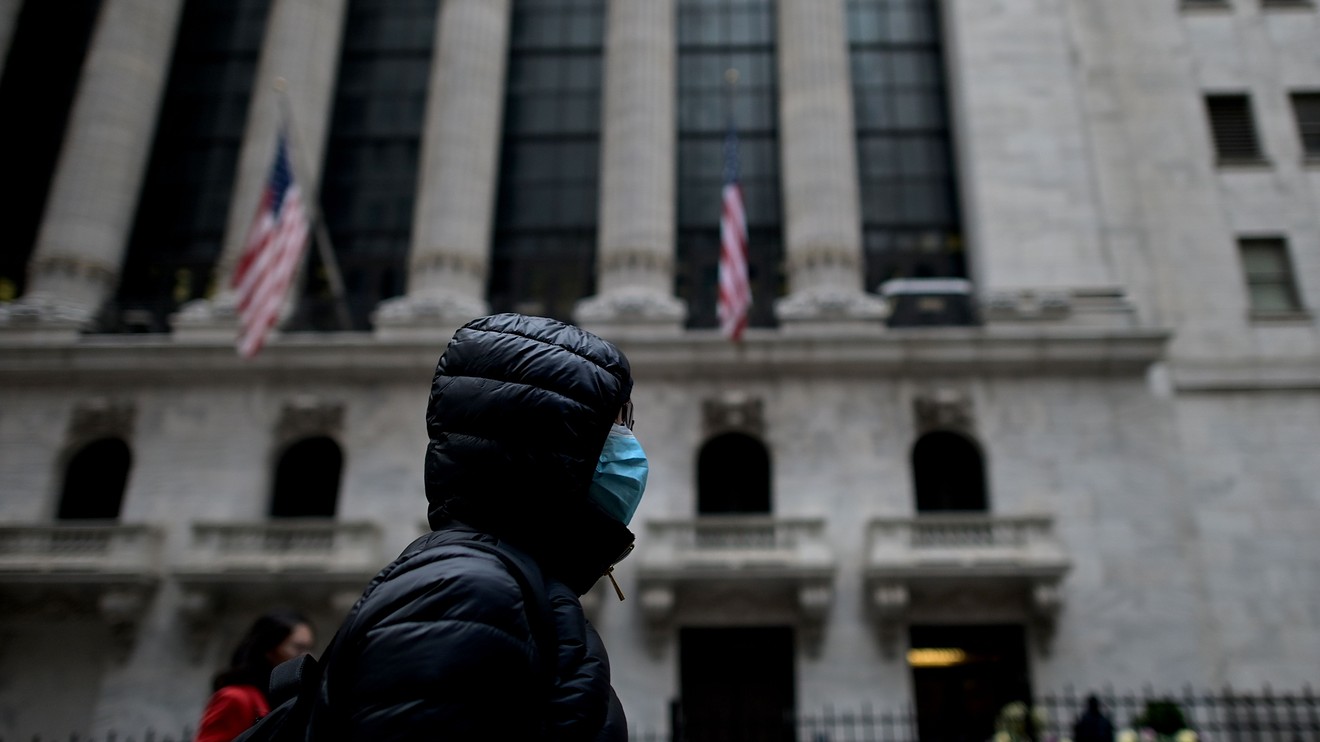 How prepared are major U.S. exchanges for a coronavirus outbreak? That’s the million-dollar question.

Major exchanges and financial industry groups are currently bracing for COVID-19 — the infectious disease that is derived from the novel strain of coronavirus that reportedly originated in Wuhan, China, late last year and is rapidly sickening people outside of that country — to wash up on American shores in a more substantial way.

So far, 15 U.S. cases of the deadly illness have been confirmed, with an additional 42 from the outbreak on the Diamond Princess cruise ship and other chartered cruises, according to reports.

“The NYSE is carefully monitoring the spread of COVID-19 and has robust contingency plans, tested regularly, to enable continuous operation of the NYSE exchanges should any facilities be impacted,” said Farrell Kramer, spokesman for the New York Stock Exchange, owned by the Intercontinental Exchange Inc. ICE, +2.06% .

Similarly, officials at Nasdaq Inc. NDAQ, +0.54% said they were continuing “to follow the updates and act and communicate accordingly,” regarding the virus.

As of Wednesday, there were more than 81,00 confirmed cases of COVID-19 globally and at least 2,770 deaths, according to a tally of cases published by the Johns Hopkins Whiting School of Engineering’s Centers for Systems Science and Engineering.

The exchanges had bolstered their so-called contingency response since superstorm Sandy in 2012 forced a shutdown, marking the last time the exchanges closed unexpectedly for at least a full day — though the NYSE did experience a rare extended halt of trading due to an “internal technical issue” back in 2015.

Meanwhile, Kenneth Bentsen, president and CEO at industry trade group Securities Industry and Financial Markets Association, or Sifma, said in the event of a “significant incident that affects or has the potential to affect the operations of the financial system,” Sifma would help to coordinate the financial industry’s response to the virus.

The statements from industry leaders and platforms come as worries about the spread of illness that is from the same family of viruses as SARS, severe acute respiratory syndrome, have ratcheted substantially higher in recent days.

At a Wednesday news conference, President Donald Trump said that his administration expects to see more cases but appeared to play down the severity, saying that the immediate risk to the American public remains low.

Trump’s conference comes a day after Dr. Nancy Messonnier, director of the National Center for Immunization and Respiratory Diseases at the Centers for Disease Control and Prevention, said the “the disruption of daily life might be severe.”

Trump said at the news conference that “every aspect of our society should be prepared” for a potential outbreak that could limit business activity in the U.S. However, he projected confidence about the U.S.’s ability to respond and emphasized that he wasn’t expecting a major outbreak.

“’We’re very, very ready for this, for anything, whether it is going to be a breakout of larger proportions or whether or not we’re at that very low level,” he said.

Don’t miss: As the world focuses on coronavirus, a deadly flu has killed at least 10,000 Americans

Earlier Wednesday, New York Gov. Andrew Cuomo said he is seeking an emergency appropriation of $40 million for equipment and personnel related to the virus, and Mayor Bill de Blasio said New York City had 1,200 public hospital beds at the ready for quarantined patients, if needed, the Wall Street Journal reported.

For their part, the major U.S. exchanges are nearly all electronic, with the NYSE also incorporating a human touch. Back in 2012, the NYSE formed a number of new plans to deal with major problems. Those plans included using its all-electronic Arca exchange to handle trading at the start and close of the trading day when volumes tend to be the highest, if there were a major disruption to personnel or the facilities.

For Nasdaq, people familiar with the technology-laden exchange’s plans said that it has a number of protocols in place to deal with an outbreak, and noted that currently all business-related travel for its employees to, from, and through certain key countries, notably China and Hong Kong, is “on hold.”

The company also has a registration policy for visitors to its offices in Times Square that includes a questionnaire on where they have recently traveled.

Markets, meanwhile, have been under heavy selling pressure as investors attempt to find their footing against a backdrop that has shut down large parts of China and is sparking fears of a global slowdown of unknown length and severity if the outbreak isn’t contained.

Read: Coronavirus fatality rates vary wildly depending on age, gender and medical history — some patients fare much worse than others