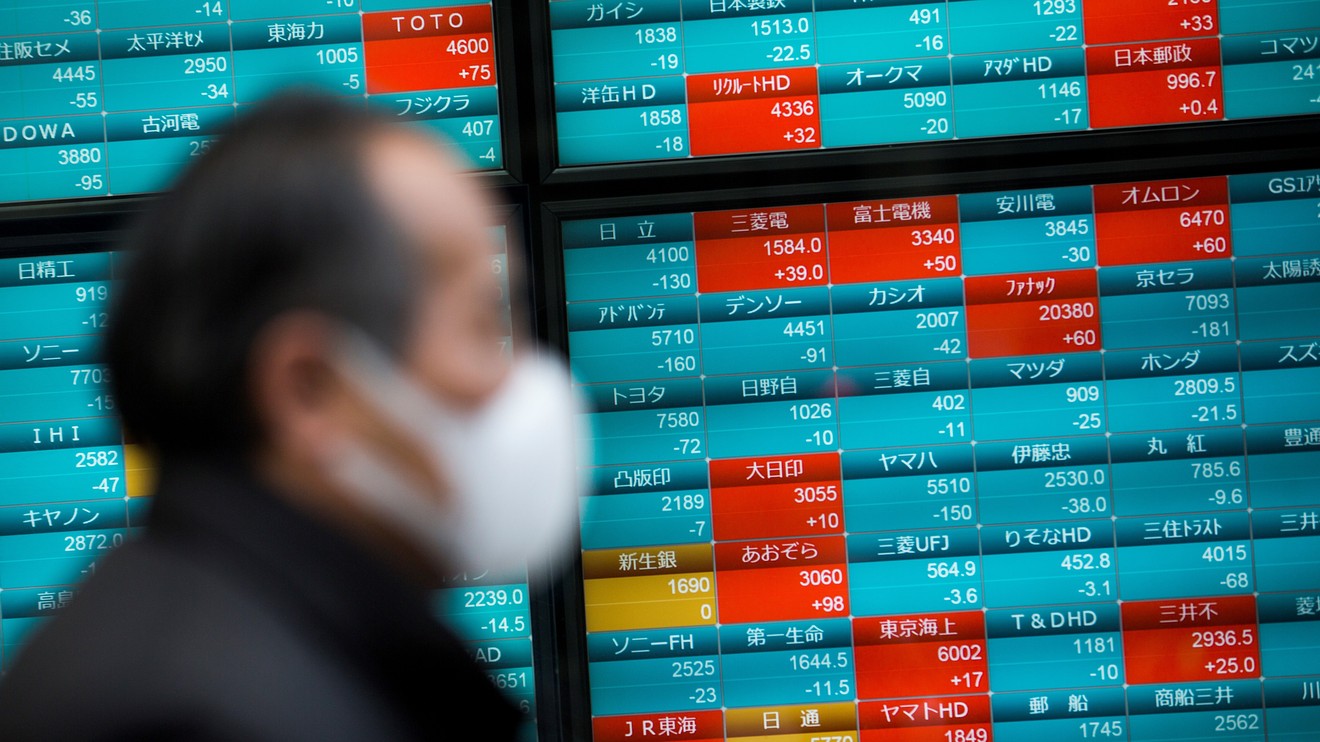 U.S. stocks bounced back at the start of trade Monday, following a brutal selloff Friday. The bounce comes as equity indexes in China suffered their worst daily declines in years — in the first trading session for Chinese markets since the spread of the coronavirus gained steam in late January.

How are major indexes faring?

The Friday selloff left the Dow with a 1% January decline, while the S&P 500 saw a monthly decline of 0.2%. The technology-heavy Nasdaq index held on to a 2% gain for January.

U.S. stocks rebounded to start the week following a significant selloff last week amid concerns over an Asian influenza that has thus far claimed at least 361 lives and infected more than 17,000 people looms large in China and has commanded the attention of domestic investors.

With the S&P 500 down nearly 4% from its January record close, market participants were taking stock of current levels and the potential, long-term effects of the outbreak. “The expected economic fallout from the Wuhan virus grew substantially last week as numerous companies closed production at facilities in China,” wrote Tom Essaye, president of the Sevens Report, in a Monday note to clients.

Given “the market was priced for perfection,” the pullback was justified, but “nothing has changed our general option that this is a regular pullback, not the start of something bigger,” given that economic activity will likely rebound once the virus is contained, Essaye wrote.

Overnight Monday, Chinese stocks plunged on their first day of trading since Jan. 24, the start of an extended Lunar New Year holiday that coincided with the rapid spread of the illness, which has drawn comparisons with the outbreak of severe acute respiratory syndrome, or SARS, beginning in 2002.

Investors had been bracing for a sharp slide in Chinese equities due to anticipation of a pent-up desire to reprice Asian equities in the wake of the viral outbreak that has limited the movement of tens of millions of people in China and caused a number of businesses to temporarily shutdown in Wuhan City, where the virus reportedly first originated.

“The Chinese central bank provided assistance to the markets in the form of a liquidity boost, but it didn’t do much to reassure confidence,” wrote David Madden, market analyst at CMC Markets UK, in a Monday research report.

The People’s Bank of China said it would inject about $173 billion into the economy to stem the economic downturn, along with other measures to stabilize the economy.

On Friday, the Dow and S&P 500 erased their year-to-date gains after President Donald Trump declared a U.S. public-health emergency in response to the coronavirus outbreak in China, ordering up to a 14-day quarantine for citizens returning from China’s Hubei province and denying entry to some foreigners.

Looking ahead, the Institute for Supply Management will provide data on the health of manufacturing activity for January at 10 a.m. Ahead of that, at 9:45 a.m. Eastern, Markit will release its January purchasing managers index for the manufacturing sector.

Meanwhile, investors are also keeping an eye on developments tied to the 2020 presidential election, with the closely watched Iowa Caucus set to for later Monday.

Alphabet Inc., the parent of Google Inc. GOOG, +2.24% GOOGL, +2.15%, is slated to report after the closing bell Monday, with investors looking for revenue from the search giant beyond advertising. YouTube and self-driving subsidiary Waymo are the most promising revenue sources.

Shares of Gilead Sciences Inc. GILD, +6.28%  rallied 5.8% in premarket action, after reports the pharmaceutical company will test a new antiviral drug for effectiveness in treating Coronavirus.

U.S.-trade shares of Baidu Inc. BIDU, +5.79%  were up 4.8% before the start of trade, after the company raised its fourth-quarter guidance.