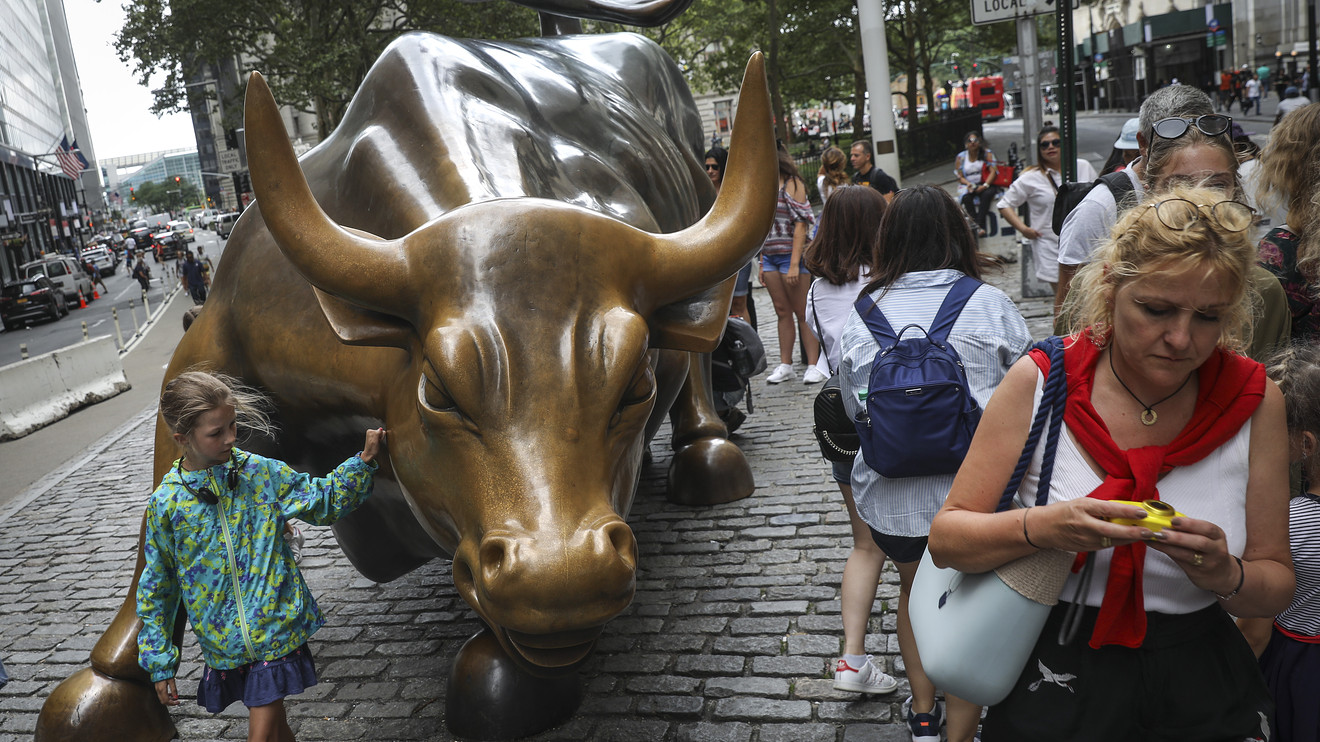 U.S. stock rose at the start of trade Friday, with the major benchmarks reaching new intraday highs, after data on new U.S. home construction showed it surging to 13-year highs in December.

Investors were also parsing data that showed China’s economic growth picked up in December, though annual growth was the weakest in about three decades.

Gains have been mostly aided by an apparent detente between China and the U.S. and corporate quarterly results which have helped to extend the view that the U.S. will avoid a recession in 2020.

Wall Street is in rally mode, with sentiment boosted Friday morning by data on U.S. December housing starts that showed home constructing rising 16.9%, to annual rate of 1.608 million units, to the fastest pace since 2006.

That’s well above the consensus forecast of 1.375 million, according to a MarketWatch poll of economists. Permits for new construction, however, fell by 3.9% to an annual rate of 1.416 million units, down from a more than 12-year high in November, but below consensus expectations of 1.473 million.

“This read blows expectations out of the water,” Mike Loewengart, vice president of investment strategy at E-Trade wrote in an email. “Housing is one of the most critical metrics to gauge the health of the US economy, and combine this with the low interest rate environment and the future looks like it will continue to shine bright for home buyers.”

“Taking this in aggregate with the other fundamental reads we’ve seen this week, it’s hard to argue that this expansionary phase can’t keep going,” he added.

Investors optimism wasn’t dented by China reporting its worst annual growth in three decades of 6.1%. To be sure, the reading was in line with economists’ consensus expectations and many investors saw positive takeaways from the economic report from the world’s second-largest economy.

“The data was in line with expectations but there were positive surprises from the monthly indicators, with both industrial output and retail sales beating the forecasts in December and pointing to a possible quickening in growth momentum towards the end of 2019,” wrote Raffi Boyadjian, senior investment analyst at XM Markets, in a daily research note.

Markets extended gains on Thursday on the back of the signing of the first phase of a Sino-American trade agreement in Washington but also investors got an added jolt after the Senate passed a revised trade deal between the U.S., Mexico and Canada.

George Mateyo, chief investment officer at KeyBank said that reduced trade tensions, indications by the Federal Reserve that rates will remain low for the foreseeable futures and earnings results that have so far come in better than expected have conspired to drive stocks consistently higher.

“Goldilocks is back,” he said, referring to economic conditions that are bullish for earnings growth but not hot enough to warrant central-bank interest rate hikes. “I think the housing numbers add to the case that economic growth might be stronger this year than people thought, in the mid two-percent range.”

In other economic data, the Federal Reserve reported that U.S. industrial production fell 0.3% in December, in line with expectations, according to a MarketWatch poll of economists. Capacity utilization fell to 77% in December, the second lowest reading in 27 months.

The number of open jobs fell sharply to 6.8 million in December, from 7.4 million the prior month, according to the Labor Department. Consumer sentiment declined in January, according the University of Michigans consumer sentiment index, which fell from 99.3 to 99.1, compared to the 99.6 reading expected by economists polled by MarketWatch.

Schlumberger SLB, +1.68%  shares were up 1.6% after the oil-services company reported fourth-quarter profit and revenue that exceeded expectations.

Shares of CSX Corp. CSX, -1.02%  fell 0.5% , after the railroad operator posted revenue in the fourth quarter that fell more than analysts had expected, in a Thursday afternoon release.

Gap Inc. GPS, -1.75%  shares were in focus after it announced late Thursday that it has cancelled plans to spin off its Old Navy brand. The retailer’s stock was down 0.5% Friday morning.