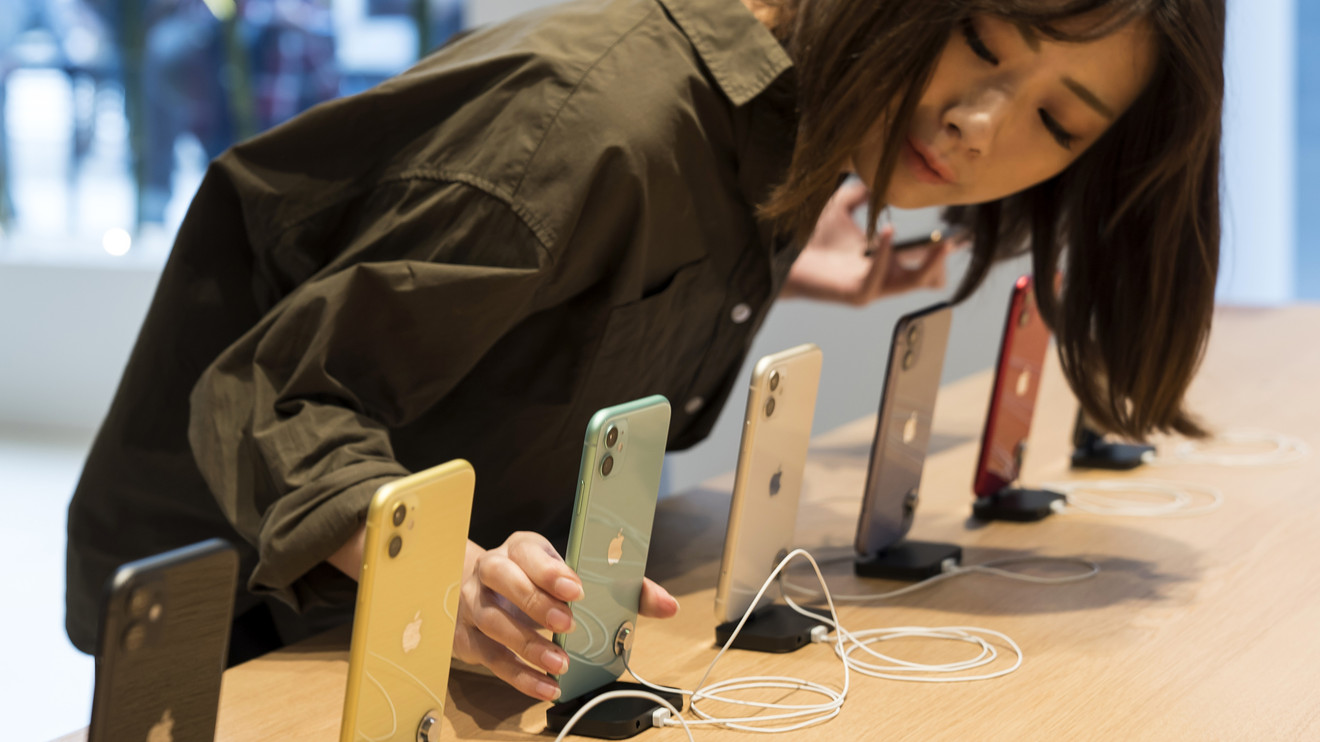 A year ago, Apple Inc. was suffering through the “darkest day in the iPhone era,” as holiday sales failed to reach Apple’s forecast and started a yearlong decline in revenue for the iconic smartphone.

Apple AAPL, +2.83%   had seemed to admit that peak growth for the iPhone was in the past by hiding unit sales from investors, horse-trading more information about the Services segment that analysts were suddenly focusing on instead of the smartphone. Even after the iPhone 11 family of smartphones was introduced a few months ago, financial analysts were largely looking toward 5G iPhones in 2020 for a rebound.

That rebound arrived Tuesday, much earlier than expected. Apple reported the second-best quarter in history for iPhone sales — roughly $56 billion, smashing expectations by more than $4 billion and trailing only the holiday season of 2017 for smartphone revenue. That performance pushed Apple to its first $90-billion quarter, record earnings and likely a record stock price come Wednesday — and it may have been a result of last year’s disappointment.

When revenue dropped in the previous holiday season, Chief Executive Tim Cook largely cited a decline in China sales as the cause. While China sales did return to growth in Apple’s fiscal first quarter, it was not stupendous growth: Apple reported $13.58 billion in Greater China sales, up from $13.17 billion in the disappointing quarter a year ago.

The big growth instead came from the Americas and Europe, which combined to produce more than two-thirds of Apple’s total revenue at $64.64 billion, up from $57.3 billion a year ago. That jump of nearly 13% dwarfs the 3% growth in China off a much larger base, and both developed regions set quarterly revenue records.

“We had double-digit growth in many developed markets including the U.S., the U.K., France and Singapore, and also grew double-digits in emerging markets led by strong performances in Brazil, mainland China, India, Thailand and Turkey,” Cook said of iPhone sales in Tuesday’s conference call, while Chief Financial Officer Luca Maestri said that all-time iPhone revenue records were set in the U.S., Mexico, the U.K., France, Spain, Poland, Thailand, Malaysia and Vietnam.

While foreign-exchange rates are a go-to excuse for any executive facing a forecast failure, the other two factors there could be a reason for the iPhone’s bounceback. If many customers bought cheaper batteries Apple offered in response to controversy last year instead of upgrading — and Cook reportedly said they did — it may have pushed demand for iPhones into this year and helped the iPhone 11 launch.

As for subsidies, those have largely been gone for years, with most U.S. carriers instead pushing customers to pay for their phones in monthly installments to avoid the sticker shock of a new $1,000 iPhone. Apple may have found its own way around that, however: Lower-priced options and the iPhone trade-in program.

The iPhone 11 pricing strategy was a shift for Apple toward a wider range of prices, and all three models were proving popular, Cook said Tuesday. Apple’s trade-in program saw its popularity explode in 2019: Cook said in the previous two quarters that iPhone trade-ins had quintupled year-over-year, and trade-ins still doubled from the year before in the first quarter.

For more: The iPhone trade-in program is booming, and saving Apple’s earnings

“Thanks in part to a doubling in iPhone trade-ins versus last year, our retail and online stores set an all-time record and delivered strong double-digit growth in iPhone,” Cook said Tuesday. “We see a very bright future for these efforts.”

That sounds like a reasonable story for big iPhone sales growth: Apple fans cheaped out with a $29 battery replacement in 2018, but traded that phone in for an iPhone 11 in 2019. That is great for Apple investors, except for one concern: Will those customers show up again later this year?

Apple stock has more than doubled in the past year, and some of that excitement was based on new 5G-enabled iPhones that Apple is expected to launch later this year. The concern now will be that consumers who refreshed their iPhones at the end of 2019 will not be ready for a replacement a year later, especially if 5G networks are not pumping out the faster wireless speeds nationwide yet.

That is a concern for the second half of the year, however. Apple’s forecast for the second quarter — a range of $63 billion to $67 billion — was completely above analysts’ average expectations of $62.4 billion, setting the company up for a record first half of its fiscal year and huge year-over-year growth. Cook should revel in that success for at least a couple of days before figuring out how Apple will manage to do it again next year.