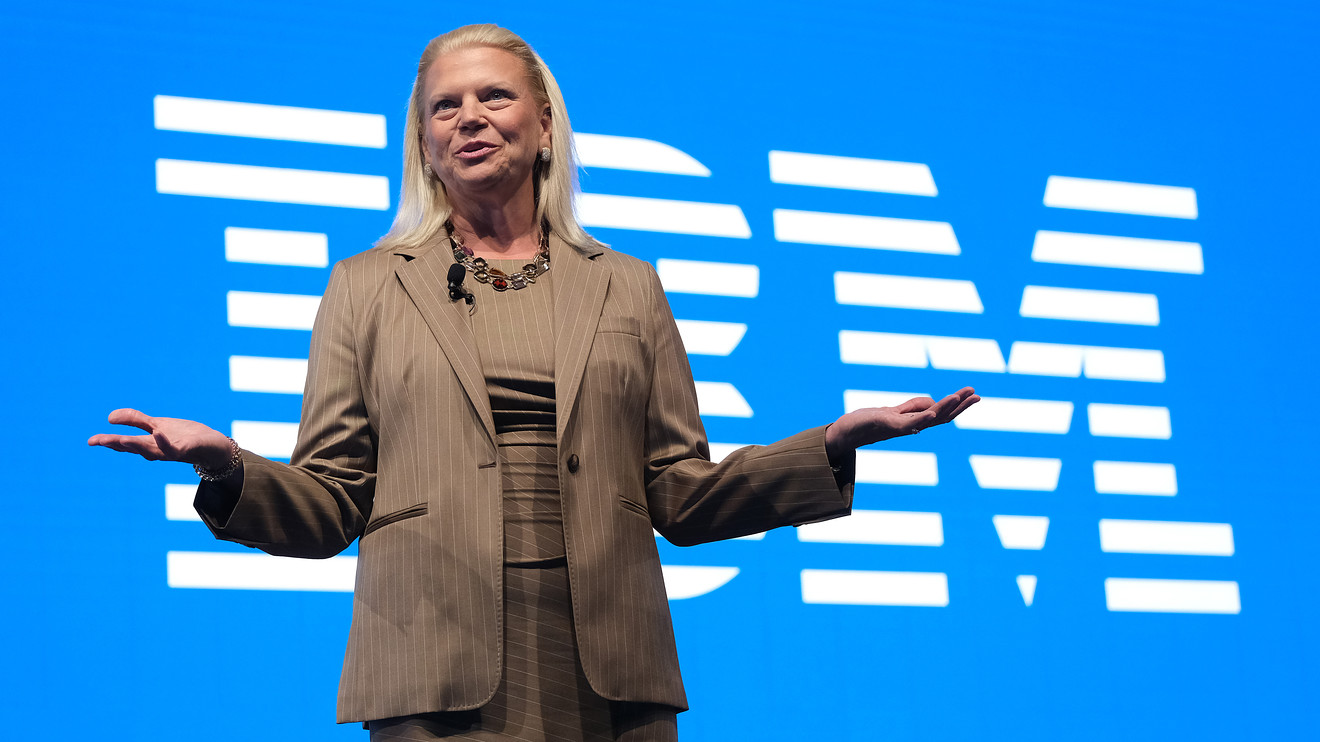 IBM Corp. investors are hoping that incoming Chief Executive Arvind Krishna will bring the same relentless focus on the cloud that Satya Nadella brought to help turn around Microsoft Corp.

Earlier Thursday, news that Ginni Rometty will be stepping down as CEO on April 6 and be replaced by Krishna, the head of IBM’s cloud business, helped fuel a 5% jump in IBM’s stock in after-hours trading. Rometty will remain chairwoman until the end of 2020. Jim Whitehurst, IBM’s senior vice president and CEO of Red Hat, was named president, also effective April 6.

“This will viewed as a long overdue, welcome change at the leadership level,” said Wedbush Securities analyst Moshe Katri. “IBM in the last few years has struggled with competitive positioning and losing relevance in a vastly changing tech landscape.”

In the past eight years since Rometty took over as CEO from Sam Palmisano, IBM’s shares IBM, -0.67%   have fallen approximately 5.81%, on an adjusted basis. The company’s annual revenue, $104.5 billion in 2012, has fallen to $77.1 billion in 2019, through a combination of divestitures and declines in its legacy businesses, such as software and services. IBM is now viewed by investors as two separate businesses: its older, legacy businesses, including hardware and services, and its cognitive/cloud business, which includes artificial intelligence.

Rometty’s biggest move in her tenure was arguably IBM’s $34 billion purchase last July of Red Hat Inc., which is now part of cloud and cognitive software. The deal was seen by some analysts at the time as a “bet the farm” type of acquisition, to further boost its cloud business, and help transition IBM legacy customers to the cloud. Red Hat develops and supports a paid version of Linux that is used by many companies running on public clouds such as Microsoft Corp.’s MSFT, +2.82%  Azure and Amazon.com Inc.’s AMZN, +0.68%  AWS. It also has its own burgeoning private cloud platform.

“It is possible that the acquisition of Red Hat represents management’s concession that the prior strategy was not working, or at least not working at the pace they had hoped,” Sanford Bernstein analyst Toni Sacconaghi wrote in October 2018, at the time the Red Hat deal was announced.

One of the biggest criticisms of IBM in the past few years has revolved around its heavy focus on earnings growth, fueled by stock buybacks and a low tax rate, which a few years ago was cited by some analysts as a key driver in cushioning the underlying decline in its profits since 2014, while revenue growth has been elusive.

“Arvind understands the growth piece, but he also understands the legacy part of IBM and how potentially you can transition that to the new model, which requires a massive amount of cannibalization,” said Wedbush’s Katri.

In order for IBM to convince its legacy customers to move to the more modern cloud, it needs to accept the fact that it will lose revenue from its installed base, an issue Oracle Corp. ORCL, +0.21%  has also been dealing with in the past few years. For her part, Rometty has said the easiest aspects of the cloud have already moved, and it is the more difficult, mission-critical functions and operations of companies that have yet to move to the cloud — and where IBM still has a lot of upside.

Based on the market’s reaction to the news, investors are clearly hoping that Krishna can perform the same kind of miracle turnaround that Nadella has at Microsoft. With the pieces put into place by Rometty and her team, hopefully he can succeed.