Home
Stocks
MarketWatch First Take: Tesla is finally delivering on Musk’s promises, which are only getting bigger
Prev Article Next Article
This post was originally published on this site 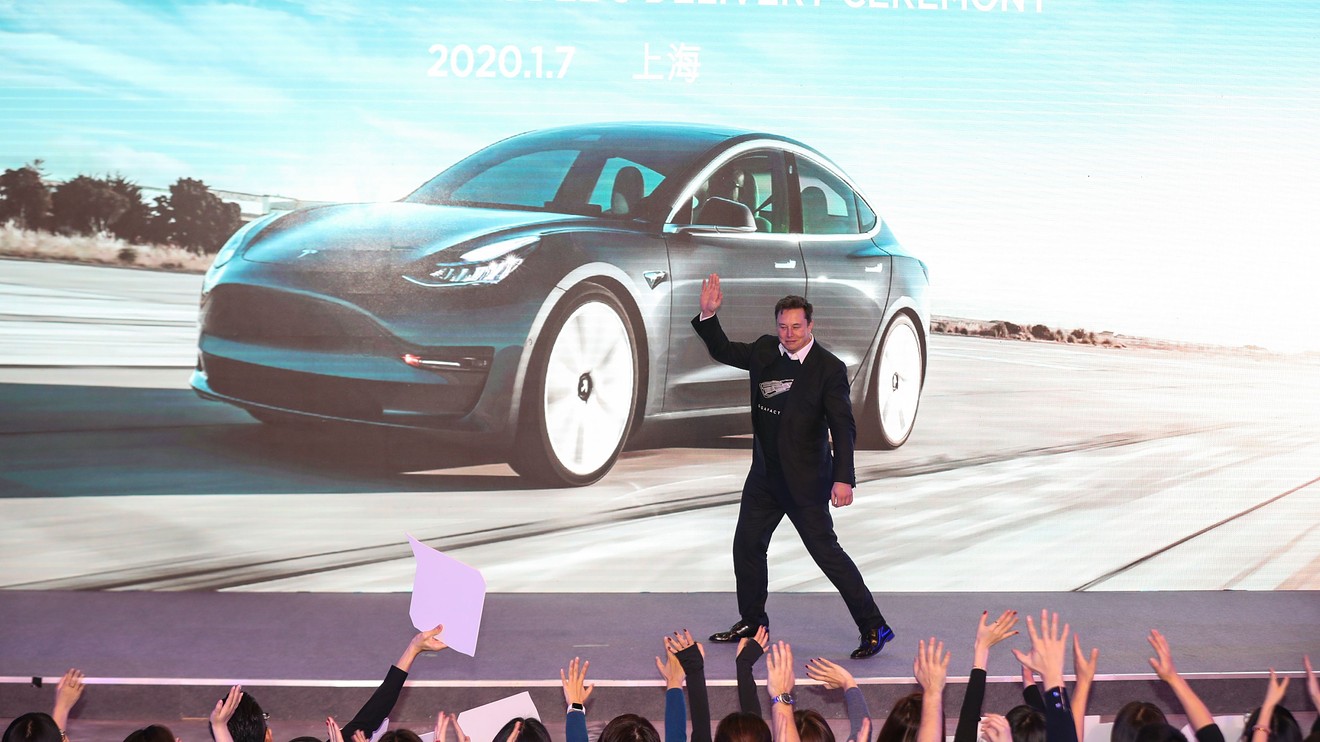 After years of failing to meet overly optimistic forecasts, Tesla Inc. actually delivered on Chief Executive Elon Musk’s promises in 2019, which only opens it up to higher expectations and ambitions.

Tesla TSLA, +2.49% reported a profitable fourth quarter Wednesday that beat expectations. It was the second straight quarter of GAAP profitability for the electric-car maker, which appeared headed for sustained profitability last year before yet another in a series of stumbles destroyed its books in the first half of 2019.

Full earnings coverage: Tesla vows to sell more than half a million vehicles this year

The second half of the year seems to have ushered in a new and improved Tesla, however: The company managed to actually reach Musk’s original annual forecast for deliveries without any revisions throughout the rest of the year. Tesla kicked off 2020 by saying it delivered 367,500 vehicles in 2019, up 50% from 2018 and on target with Musk’s prediction last January for 360,000 to 400,000 deliveries.

Tesla shares soared nearly 12% in after-hours trading, returning to a meteoric rise that had hit some speed bumps in mid-January as analysts grew concerned about its skyrocketing valuation. The company’s shares have climbed approximately 95% in the past 12 months to a market value of more than $100 billion, while the S&P 500 SPX, -0.09% SPX, -0.09% is up about 24% in that time.

Tesla is now looking in 2020 to continue to be profitable on a GAAP basis, and Musk’s deliveries forecast feels achievable at 500,000 — it would mean a 36% gain, after deliveries gained almost 50% in 2019. But it will have to avoid some of the same pratfalls that hurt it in the beginning of 2019, namely struggling to ramp up to new production goals.

It was problems associated with big stressful manufacturing and production pushes to meet goals for the Model 3 that hurt Tesla in 2018 and in the first half of 2019, and a new factory in China, plans for another factory in Berlin and a production ramp in Fremont, Calif., for the Model Y are similar large-scale projects on the books for this year. Tesla is already running into potential issues as well: Executives said Wednesday the Chinese government was enforcing a closure of its new Shanghai factory because of the coronavirus scare, a move that will delay the Model 3s built in Shanghai by about week and a half (at least at this point).

With two big new factories ramping up this year, plus the new Model Y, there will be more risks for investors, who are hoping there are no repeats of the production problems that have plagued Tesla in the past, leading to a stressed-out Musk sleeping on the factory floor.

See also: There’s only one stock millennials prefer over Amazon and Tesla

Since Musk reached his settlement with the Securities and Exchange Commission last April concerning his activity on Twitter, he has tamped down his activity and largely been controversy-free. After the July miss, Tesla has been making reasonable forecasts and delivery schedules. Musk is still on Twitter, but has stayed far away from any kind of financial projections or discussions of going private — the tweet that got him in hot water with the SEC originally — and instead has tweeted videos of SpaceX rocket launches and dancing at the Shanghai factory’s opening.

The short-seller crowd have been covering their positions in the past few weeks and the position of shorts in Tesla’s stock has declined, according to the most recent short-interest tally. With its current frothy valuation, there will be continued pressure on Tesla to prove it has actually changed, and live up to, or even outperfom, its forecasts.

If Tesla can keep going at its current pace, and Musk can keep his Twitter outbursts under control, then maybe Tesla can live up to its currently ridiculous valuation. The biggest risks right now are all its manufacturing plans, so investors need to hope that Tesla has learned many lessons since the failures of a year ago.