Home
Stocks
MarketWatch First Take: Uber makes a lot of big promises for 2020 — now it just has to live up to them
Prev Article Next Article
This post was originally published on this site 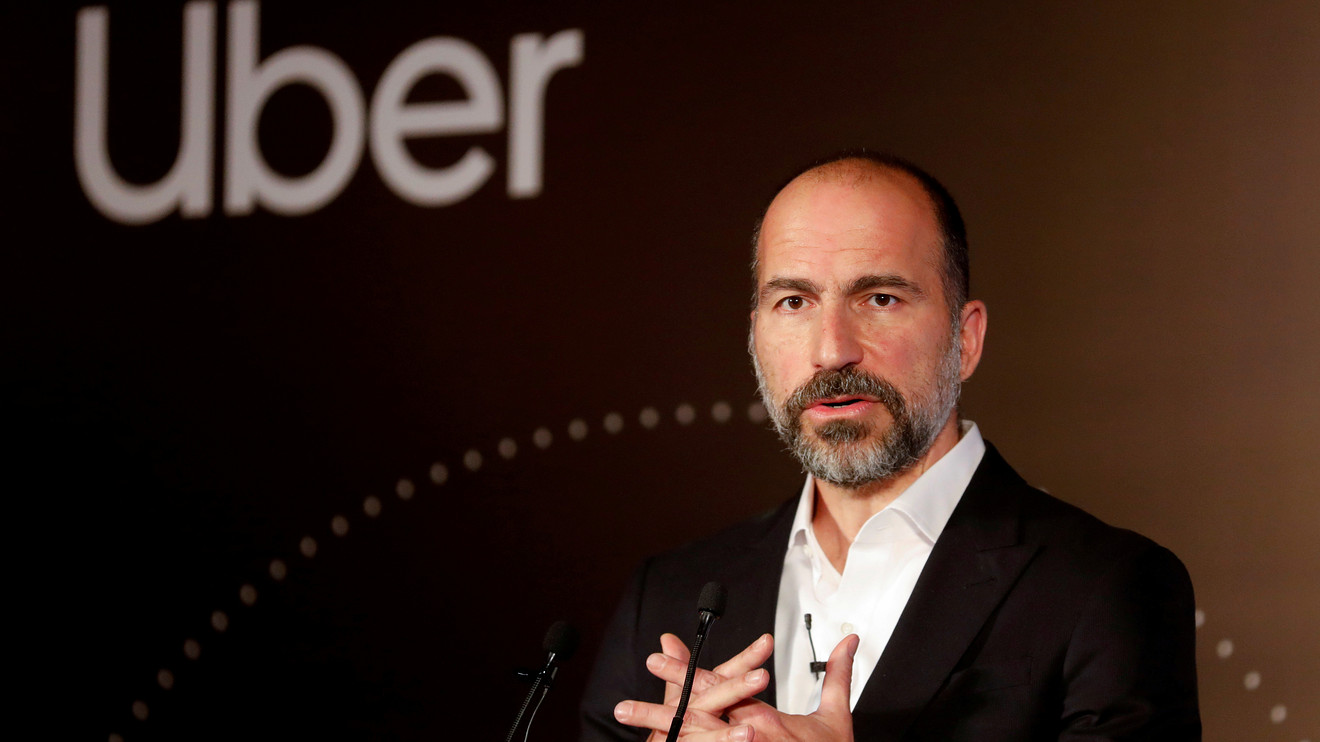 Uber Technologies Inc. Chief Executive Dara Khosrowshahi made some big promises Thursday, and investors are counting on him to come through in the year ahead.

Uber UBER, +0.76%  again lost more than $1 billion in the fourth quarter, as it has every quarter of its public life, but the loss was still smaller than analysts and investors expected. Most important, Khosrowshahi promised that Uber had changed its spendthrift ways in 2019 and would achieve profitability at the end of 2020 — on an adjusted basis, of course — ahead of the previously set schedule. In after-hours trading, Uber shares jumped more than 5%, showing investors’ enthusiasm for the Uber that Khosrowshahi promises will soon exist.

“To me, these results are validation of the strategy we set in 2019,” Khosrowshahi said in a conference call Thursday afternoon. “We’ll continue to relentlessly execute our plans for each of our businesses in 2020.”

Uber had previously predicted that it would achieve Ebitda profitability by the end of 2021, but Khosrowshahi now predicts that accomplishment in the fourth quarter of this year. He says it is possible because Uber began a belt-tightening program in the last half of 2019, exiting unprofitable ventures and laying off about 1,000 employees. For example, Uber sold its food-delivery business in India to a local startup, Zomato, in return for a 9.9% stake in that company.

“In the second half of 2019, we began the process of streamlining our footprint with the single-minded focus on profitable, global leadership in our core businesses,” Uber Chief Financial Officer Nelson Chai said.

These moves continue the turnaround that Khosrowshahi began when he replaced co-founder Travis Kalanick as CEO in 2017. Under Kalanick, Uber’s aggressive, frat-boy corporate culture had evolved into one that also looked the other way on sexual harassment. In addition, Uber and other ride-hailing companies have been plagued with issues and accusations about its drivers, including sexual assault, robbery and fatal crashes.

Khosrowshahi has made a lot of moves to change its culture, as the company discussed in its IPO filings, but even so, Uber lost its license in London late last year, “after a pattern of failures placed passenger safety and security at risk.” A big issue was Uber’s failure to identify unauthorized drivers who got their photos on other drivers’ profiles.

“The team is very focused on executing on safety around the world, and I think London, the London team especially is focused on it,” Khosrowshahi said in response to an analyst question seeking any updates on the issue. He also noted that Uber will have its day in court in London and that two years ago, it won its license to operate in England’s capital.

“I think that our safety levels, our service levels, are across the board significantly, significantly improved versus where they were two years ago.”

With Thursday’s report, investors and passengers should hold the company to a higher standard. Khosrowshahi may have received a little bit of a pass in his early days, as he sought to remake the company in his own image instead of Kalanick’s, but with his bold predictions from an executive suite he has completely revamped in the past two years, he now must show progress toward these promises.