Home
Stocks
McDonald’s is acting more like a FAANG, and investors should love it
Prev Article Next Article
This post was originally published on this site 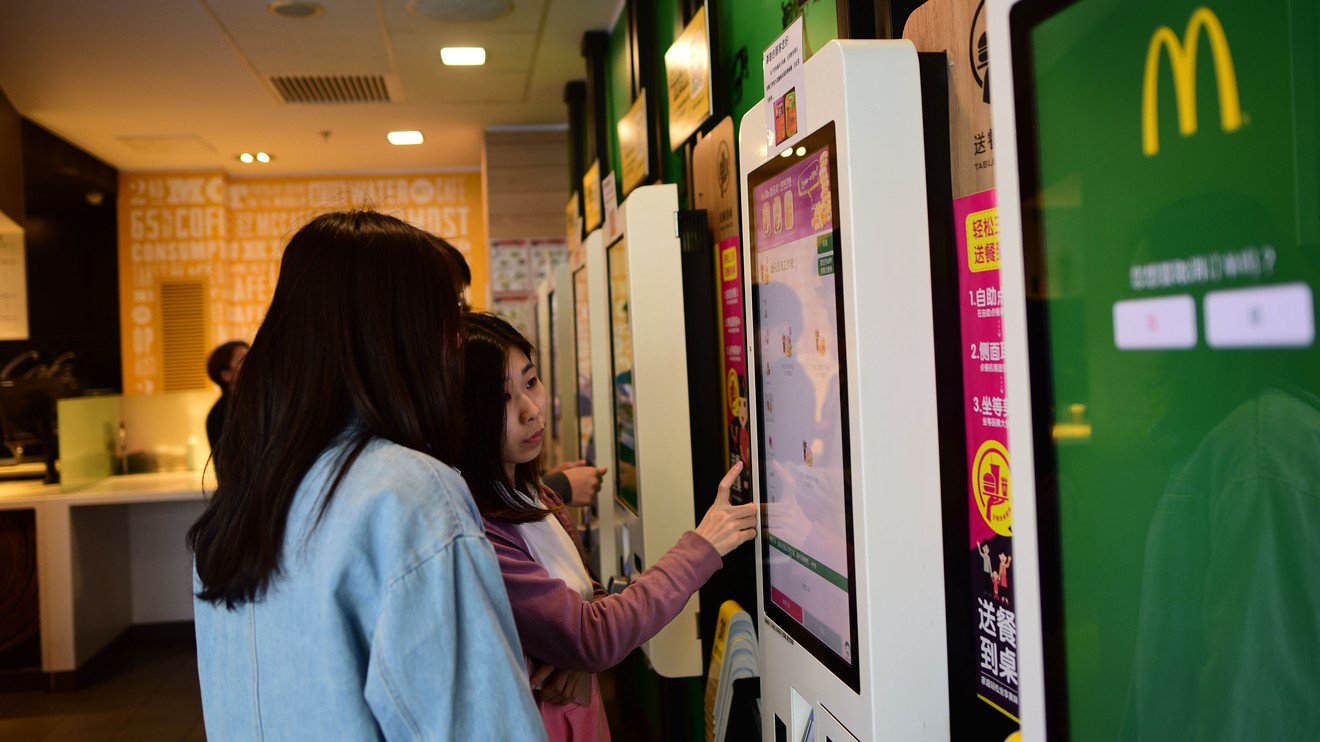 I was bullish on FAANGs years ago ahead of the 500%-plus advances because they had a key quality I look for.

Virtually all had the sense to favor long-term investing over short term profits, a big reason I suggested them in online investing columns and my stock letter.

Now, McDonald’s MCD, +0.04%  is doing the same thing as it deploys new technologies, and anyone who buys shares of the burger giant now will see a payoff.

We won’t see 500% gains. McDonald’s will never be a tech company. And it lacks the FAANG superpowers to resist shareholder pressure for short-term profits.

Facebook FB, -1.99%, Alphabet GOOG, -0.22% GOOGL, -0.18%, Amazon.com AMZN, +8.25%  and Netflix NFLX, -1.00%  derived this from special shares classes that concentrated power in the hands of founders, protecting them from the tyranny of quarterly earnings. In the case of Apple AAPL, -1.72%, the steamroller personality of Steve Jobs did the trick.

McDonald’s can only white-knuckle it out against analysts who continue to grumble and punish the stock because rising costs are hitting margins. McDonald’s shares are flat since June compared with around 12% gains for the S&P 500 index SPX, -0.61%   and the Dow Jones Industrial Average DJIA, -0.89%  .

But these nabobs of negativism are missing the point that McDonald’s investment in technology — similar to the tech that made Google, Netflix and Amazon big winners — will bring a big payoff. We know this for two reasons.

1. Insiders are buying. CEO Christopher Kempczinski and three directors bought over $1.3 million worth of stock in November at around $194. That’s a bit below the current stock price, but it is still a valid signal because insiders rarely buy for quick gains over a few months.

2. The tech investments are already working nicely. U.S. same-store sales came in at 5% last year, the highest since 2006. Global comparable sales advanced 5.9%, the highest in over a decade. Cash flow at U.S. owner-operated outlets is at all-time highs. So is customer satisfaction.

May the profit payoffs begin

Here’s the interesting part: Soon, the costs of these tech investments will roll off, but the benefits will remain and grow — rewarding patient investors who stuck it out or anyone who gets in now.

McDonald’s will spend another $2.4 billion in investments this year, driving overhead up by 5% to 7%. But much of that will happen in the first six months of 2020. As the spending rolls off in the second half and does the same in 2021, investors will see higher earnings, supported by ongoing sales gains because of the tech spending.

In the fourth-quarter conference call on Jan. 29, McDonald’s guided for 2020 earnings-per-share growth in high single digits compared with the 5% achieved for 2019. The company has also just about finished its “Experience of the Future” store modernization. This means that sales hits from restaurant closings from that plan will be a thing of the past.

Here’s a closer look at the FAANG-like technology McDonalds is deploying and how it will pay off.

Back in the old, low-tech days, the people at the counter were trained to suggest add-on items to get you to buy more.

McDonald’s has finally figured out that technology can do this better than humans. People have varying levels of enthusiasm for this task, and they can have a bad day. Software using artificial intelligence and data mining has a much better idea of what to suggest. And it never flags.

To replace humans with software for this task, McDonald’s bought a company called Dynamic Yield last year. Now, when customers pull up to the drive-through digital menu board, this technology offers customers what they’ll probably want based on time of day, weather, what they ordered first and what items are currently hot sellers in the area.

This can make a big difference because drive-through accounts for upward of 75% of sales at a McDonald’s in many parts of the U.S. So far, the company has rolled this tech out in the U.S. and Australia.

It already has improved check size substantially, helping to boost sales growth enough to offset a decline in customer traffic. The payoff will continue to build as McDonald’s adds this technology to self-order kiosks inside stores as well as to mobile apps. It’ll also roll it out in other countries.

The next step will see McDonald’s get a lot more like Google, Facebook, Amazon.com, Netflix and Facebook. Those companies serve up ads and suggested things based on what they learn by tracking customers’ buying patterns and activity online. McDonald’s plans to adopt this FAANG-like behavior and suggest menu items based on buying histories and whatever else it learns about customers by tracking their use of its apps.

“Given the transaction levels we have across our business we can learn very quickly,” former CEO Steve Easterbrook said in the third-quarter conference call last October. “Once we can link drive-through transactions to in-store transactions to home delivery, we started to build a really good picture of our customers. I think that will be incredibly valuable for us to make ourselves more relevant and more interesting to those customers.”

Rock star CEO Easterbrook is gone because of an intimate relationship with an employee — another temporary source of pressure on the stock — but the concept remains.

When he says “more relevant and more interesting,” of course it means more in-your-face with product suggestions you are likely to go for, even if that wasn’t your initial intention.

So far, at least, the company has held off on dynamic pricing, in which vendors serve up different prices for the same items based on customer profiles, time of day and demand.

Borrowing from the success of Apple’s Siri, Samsung’s Bixby, and Google’s voice apps, McDonald’s is adopting voice recognition to make customers happy and boost sales. To do so, it bought a company called Apprente last year. So far, McDonald’s is only toying with this in a handful of restaurants. So the potential gains are not even priced in to the stock. Analysts are too shortsighted to think about this. But that’s an opportunity for you.

Apprente voice-recognition software will be used at drive-through windows to make ordering faster and more efficient. Even if it only helps a little in terms of shaving seconds off order times, that’ll be enough. McDonald’s is in the quick-serve business, so it is obsessed with order time in drive-through lanes, where so much of its sales happen.

McDonald’s is deploying other Silicon Valley technology by partnering with Uber’s UBER, -0.27%  Uber Eats, Door Dash, and similar companies abroad to fulfill mobile app orders. About two-thirds of its restaurants worldwide now offer McDelivery, where the check size is twice the average restaurant check. Sales via this channel have ramped rapidly to $4 billion last year, from $1 billion in 2016.

McDonald’s has a lot of room to grow here as it expands McDelivery to more restaurants and as it entices more customers to use the service.

The burger chain needs all the help it can get because of all the challenges. Quick-serve sector traffic is in decline, and Wendy’s WEN, -0.14%  is angling to crush Mickey Ds in a looming breakfast war. Plus McDonald’s has been slow to offer meatless burgers popularized by Beyond Meat BYND, -1.51%. Ditto, the chicken sandwich that Popeyes Louisiana Kitchen, part of Restaurant Brands International QSR, -0.50%, and Chick-fil-A are making a bundle on.

Just as FAANG customer spying technology and other tech has helped the FAANGs, it’ll help McDonald’s too. Analysts and many investors still have their doubts, and that’s part of what creates the opportunity here.

At the time of publication, Michael Brush had no positions in any stocks mentioned in this column. Brush has suggested MCD, GOOGL, AMZN, FB and NFLX over the past 10 years in his stock newsletter Brush Up on Stocks.