Home
Stocks
Meghan and Harry are starting a foundation, but they may be opening a Pandora’s box
Prev Article Next Article
This post was originally published on this site 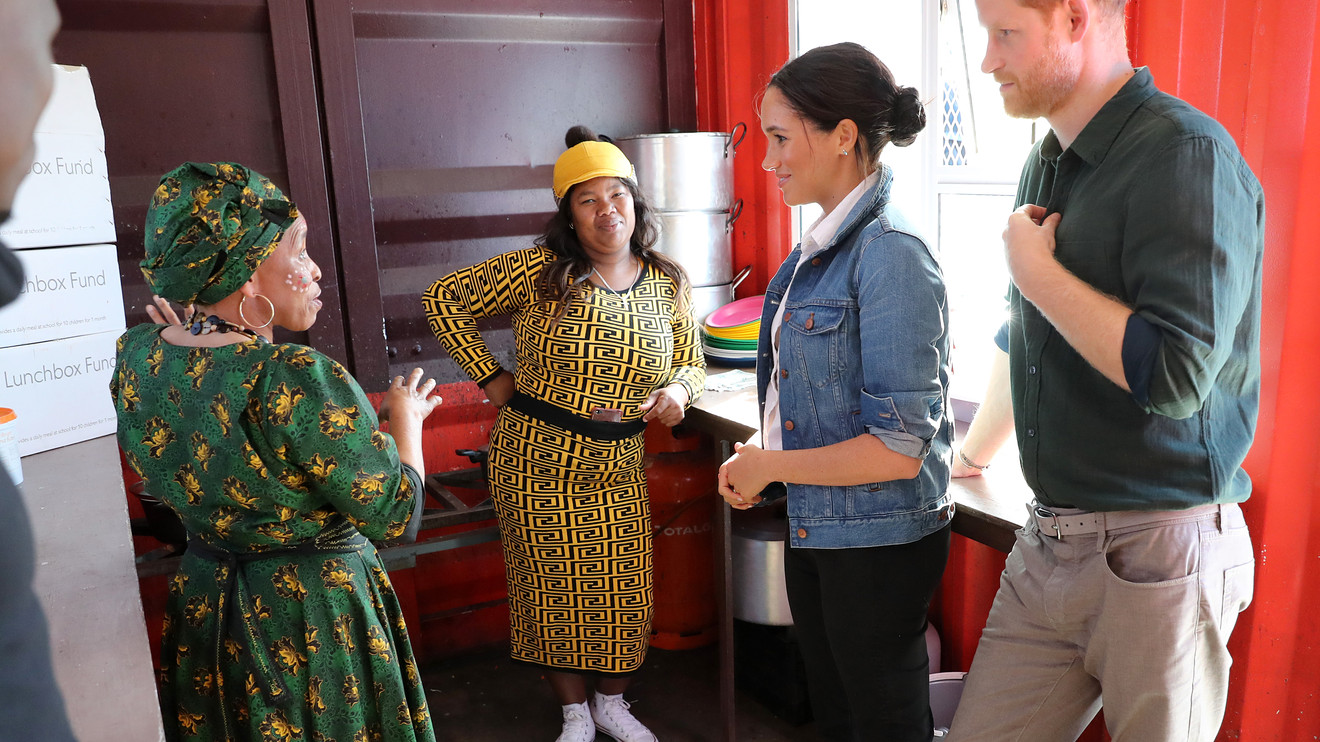 If Britain’s Prince Harry and Meghan Markle are stepping down as senior royals because they want to get away from critical media coverage, their plan to focus on philanthropy may not offer much of a refuge.

The royal couple’s decision to shed their official royal roles, in part so they can devote their time to charity work, comes amid growing scrutiny of elite philanthropy.

The Sussexes say they want to forge their own financial path away from the royal family, and launch a “new charitable entity.” Their split from traditional royal life is thought to be fueled in part by a desire to escape relentless and often critical media coverage.

‘Saying you’re going to start a foundation is no longer a free pass into heaven or into no scrutiny.’

But turning to philanthropy probably won’t give the couple much of a break from that scrutiny, observers say.

“Saying you’re going to start a foundation is no longer a free pass into heaven or into no scrutiny,” said Chuck Collins, director of the Program on Inequality and the Common Good at the Institute for Policy Studies, a left-leaning think tank, and who co-authored a 2018 report on inequality in philanthropy.

Charitable foundations can cause public-relation headaches.

Last November, President Donald Trump was ordered by a judge in New York to pay $2 million for misusing his charitable foundation. The judge ordered Trump to pay nonprofit groups as part of a settlement with the New York state attorney general’s office to resolve a civil lawsuit that alleged “persistent” violations of charities law.

The Wall Street Journal reported in 2016 that a Clinton Foundation official in 2009 sought access to the State Department on behalf of the crown prince of Bahrain on behalf of donors at a time when Hillary Clinton was Secretary of State. The email were obtained through a lawsuit by conservative watchdog group Judicial Watch. “Cp of Bahrain in tomorrow to Friday. Asking to see her,” the official, Doug Band, wrote in the email, adding, “Good friend of ours.”

Philanthropy is doing some serious soul-searching

Critics have lined up to question why some wealthy donors are praised for “giving back” while these same donors’ wealth is dependent on — they allege — income inequality, limited rights for workers and a tax code that favors the wealthy.

Books like Anand Giridharadas’s “Winners Take All: the Elite Charade of Changing the World” and Rob Reich’s “Just Giving: Why Philanthropy Is Failing Democracy and How It Can Do Better” have sparked debate in the field.

Critics have lined up to question why some wealthy donors are praised for ‘giving back’ while these same donors’ wealth is dependent on — they allege — income inequality and a tax code that favors the wealthy.

“It’s partly that there are now more examples of wealthy people using charity as an extension of their private power and influence,” Collins added. “People are starting to recognize that this is not a substitute for wealthy people paying their fair share in the tax system.”

Others have argued that the criticism heaped on big donors is too harsh, in part because it doesn’t acknowledge some of the good that philanthropy accomplishes. Some worry that too much criticism could keep people from donating money to nonprofits. A recent Wall Street Journal commentary piece even suggested that there’s a “war on philanthropy.”

See also: Prince Harry’s friend: Harry and Meghan were ‘driven out’ — alleges the House of Windsor is ‘poisonous’ and ‘Machiavellian’

The debate only intensified after some cultural institutions stopped taking donations from the Sackler family, the owners of Oxycontin maker Purdue Pharma, as they battled lawsuits alleging their company helped fuel the opioid crisis. (The Sacklers have disputed those allegations as false, and Theresa Sackler has said the press attention is distracting the groups supported by The Sackler Trust “from the important work that they do.”)

The past year also brought allegations that disgraced financier Jeffrey Epstein, who reportedly took his own life while in prison, used his charitable donations to institutions including MIT and Harvard to burnish his reputation both before and after he pleaded guilty to soliciting under-age girls and registered as a sex offender.

Harry and Meghan want to do their own charity work

Charitable work is a key element of Harry and Meghan’s public persona, as it is for most of the royals. They asked well-wishers to celebrate their engagement with donations to seven charities, and their Instagram FB, -0.03%  account highlights their visits to nonprofits.

In June 2019, Kensington Palace announced that the couple had parted ways with the Royal Foundation, the charitable vehicle that Prince Harry and his brother, Prince William, set up in 2009. Harry and Meghan are expected to launch their own Sussex Royal foundation in April, the Telegraph reported.

‘The richest of the rich are being really closely watched for why they give, how they give and where they give.’

“The richest of the rich are being really closely watched for why they give, how they give and where they give,” said Maria Di Mento, a staff writer who’s covered wealthy philanthropists for 15 years at the Chronicle of Philanthropy. But Harry and Meghan may be able to escape some of the harshest criticism, she noted.

“Because there is a certain amount of public goodwill, their philanthropy may not be as harshly criticized as that of a very wealthy corporate titan,” Di Mento said. “I don’t think people are going to look at them in quite the same way they would look at Mark Zuckerberg or Jeff Bezos.”

But British taxpayers partly subsidize Harry and Meghan’s lifestyle, and taxpayers may also be on the hook for their security if they move somewhere like Canada, which raises legitimate questions about how they spend their money, Collins noted. Their home renovation, for example, cost British taxpayers about $3 million.

His research found that while “mega-donations” from the wealthy are on the rise, there are fewer small and medium-sized donations being made, and fewer Americans overall are giving money to charity. That’s creating a power imbalance, Collins and his coauthors argued, with the interests of wealthier funders receiving disproportionate resources.