Home
Market
Merkel Plan for Huawei Gets Pushback From Within Her Own Ranks
Prev Article Next Article
This post was originally published on this sitehttps://i-invdn-com.akamaized.net/news/LYNXNPEF0S06P_M.jpg 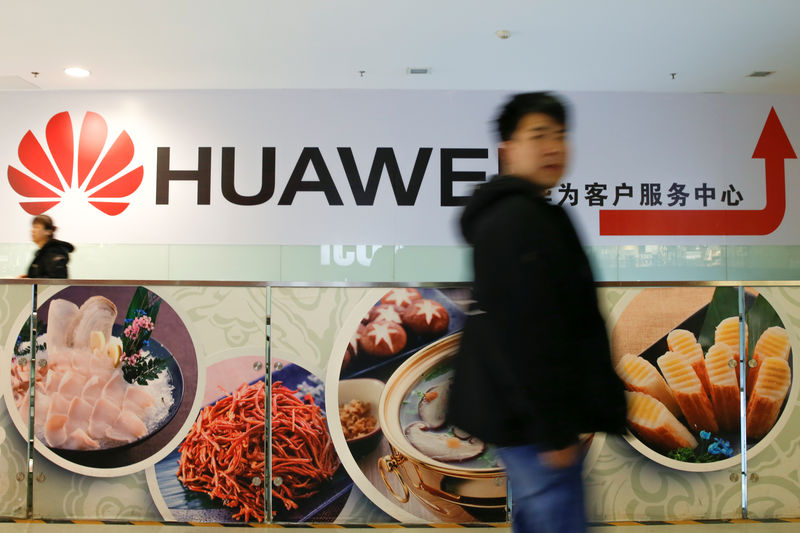 © Reuters. Merkel Plan for Huawei Gets Pushback From Within Her Own Ranks

(Bloomberg) — Chancellor Angela Merkel’s efforts to rule out a ban on Huawei Technologies Co. have hit a wall of resistance in parliament.

While the U.K. and the European Union introduced policies that allow Huawei’s partial participation in next-generation wireless networks, Merkel has failed to forge a compromise with lawmakers in her Christian Democratic-led bloc who want to ban China’s biggest maker of telecommunications gear, according to three officials familiar with the process. Attempts to reach an agreement last week failed and will be resumed later in February.

The stalemate reflects Merkel’s difficulty in asserting control in a standoff that pits trade interests with China against security concerns raised by Washington and her own intelligence agencies. Open dissent such as that over the 5G policy is uncommon in Merkel’s otherwise disciplined CDU. Since the 65-year-old former physicist announced over a year ago that she wouldn’t run for a fifth term, she has withdrawn from domestic politics and her agenda has at times been overshadowed by a power struggle to succeed her.

The security concerns over Beijing’s potential influence over Huawei are shared by many in her allied Social Democratic party and in the Foreign Ministry. Yet the balancing act is proving difficult for Merkel and her government, which are torn between an allegiance for a traditional ally and the risk of antagonizing and isolating Germany’s largest trading partner by shutting out Chinese technology.

“I call on us not to slip into a new form of bi-polarity,” Merkel said in a speech last month in Berlin. “Rather we must try, with the results and experiences we have around multilateralism, to include a country like China and at least treat it on the same terms.”

Yet skeptics accuse Merkel of adhering to an outdated geopolitical view that Chinese economic development would spur political reform and a convergence of the world’s most populous nation with international standards and norms.

“Merkel is stuck with an idea of China that is 10 years old,” Nils Schmid, a senior SPD lawmaker on the Bundestag foreign affairs committee, said in an interview last week.

A group of Bundestag lawmakers is standing by a bill drafted in December that would exclude “untrustworthy” equipment vendors from the whole network, a clear reference to Huawei and a break from last week’s decisions in London and Brussels that defied U.S. demands to exclude Huawei. The U.K. said that Huawei would be allowed access to the periphery of 5G networks, but not the core — a principle that Merkel’s chancellery had agreed to late last year in a concession to hawks.

The hard-liners got a boost last week, when Handelsblatt reported on a classified document from the Foreign Ministry containing U.S. intelligence linking Huawei to Chinese security services, or a “smoking gun.” The ministry declined to comment on the report.

U.S. Deputy National Security Adviser Matthew Pottinger led a delegation to Berlin in December and another to London last month as part of a Trump administration effort to warn the Europeans about Chinese technology and to alert them that intelligence-sharing across the North Atlantic is at risk.

“There is no Huawei smoking gun as of today in Europe,” Guillaume Poupard, the head of the national cybersecurity agency ANSSI, said in an interview last week. “There is no situation with Huawei being caught massively spying in Europe. Elsewhere maybe it’s different, but not in Europe.”

Merkel will now have to seek a compromise with lawmakers in the Bundestag, which reconvenes Feb. 10.