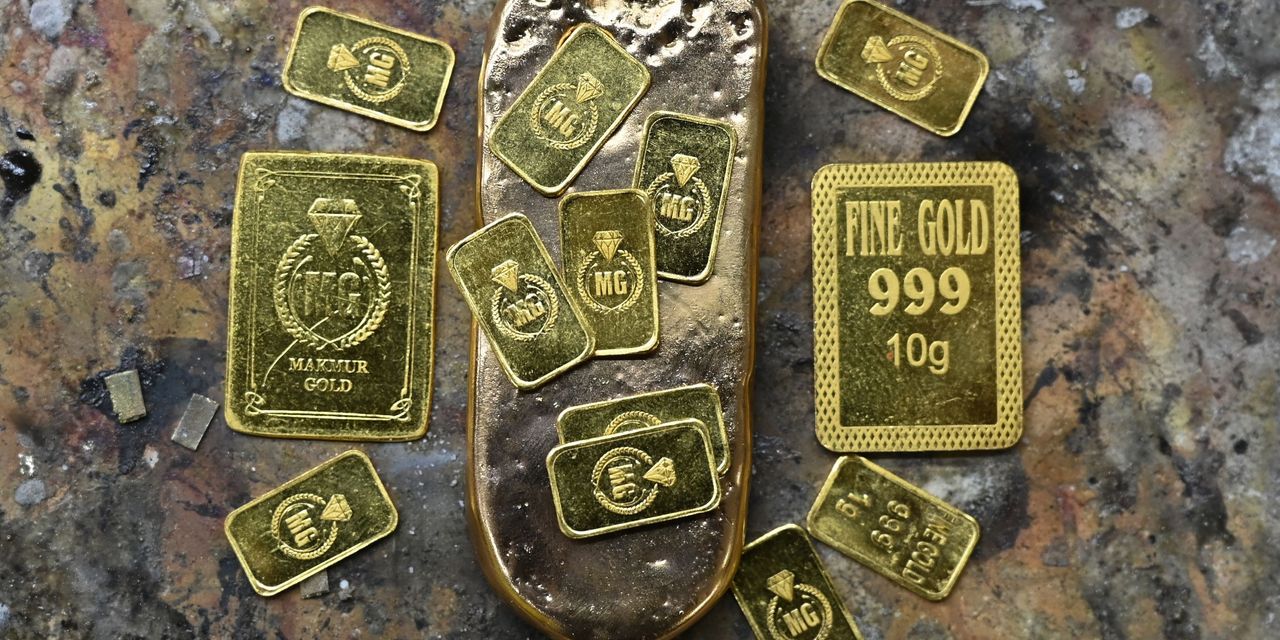 Gold initially weakened, feeling pressure as U.S. Treasury yields continued to rebound from a five-month low and the dollar strengthened after the European Central Bank struck a dovish stance as it adjusted its rate guidance following its earlier adoption of a new inflation target.

The yield on the 10-year Treasury note
TMUBMUSD10Y,

edged down 1.3 basis points to 1.269% after earlier trading above 1.30%. Rising yields can weigh on gold because it raises the opportunity cost of holdiing nonyielding assets. A stronger dollar can also be a negative for commodities priced in the unit, making them more expensive to users of other currencies.