Home
Market
Microsoft shares fall 4% after warning of coronavirus hit to supply chain
Prev Article Next Article
This post was originally published on this sitehttps://i-invdn-com.akamaized.net/trkd-images/LYNXNPEG1Q1CH_L.jpg 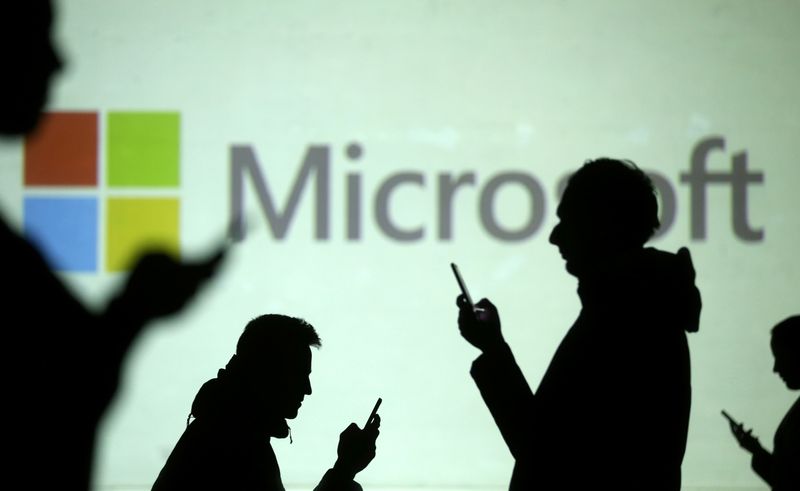 (Reuters) – Shares of Microsoft Corp (O:) fell more than 4% on Thursday after the company warned of weakness in PC business due to a hit to its supply chain from the coronavirus outbreak, echoing similar statements from Apple Inc (O:) and HP (N:).

The drop in share price wiped off nearly $50 billion from the Microsoft’s market value on a day when broader markets were down more than 2%.

The virus has so far infected about 80,000 people, killed nearly 2,800 and spread to 44 countries, after originating in the central Chinese city of Wuhan late last year.

Apple was the first big technology firm to come out and say the virus was affecting its production and demand in China. PayPal Holdings Inc (O:) and Mastercard Inc (N:) have also warned about a possible hit.

Microsoft said on Wednesday its supply chain was returning to normal operations at a slower pace than anticipated and its Windows and Surface computers had been more negatively impacted than expected.

“Finished good inventory levels matter. If Microsoft had not fully assembled and packaged Surface units in the channel, then the impact would be felt faster and more severely,” Morningstar analyst Dan Romanoff said in a mail.

The global stock markets have also taken a hit as investors grew cautious of the impact of the virus on global supply chains. The Dow Jones Industrials index () dropped more than 400 points at the open on Thursday.

Several Wall Street analysts expect other technology companies with heavy presence in China to soon come out with their own statements.

“Given there seems to be weakness in the PC supply chain, it would seem highly likely to me that we hear something from Intel (NASDAQ:),” Atlantic Equities analyst James Cordwell said in a mail.

Andrew MacMillen, an analyst with Nucleus Research, said that PC makers such as Dell Technologies Inc (N:) and Lenovo Group (HK:) could be seeing some difficulties.

Dell, the world’s third-biggest PC maker after Lenovo Group (HK:) and HP, will report quarterly earnings after market close on Thursday. It has a sizeable exposure to China.

Microsoft said on Wednesday it would miss its own third-quarter revenue forecast for the PC unit, which houses Windows, of $10.75 billion and $11.15 billion.