Home
Stocks
Mike Bloomberg tells us about his approach to money, when to take a pay cut, and what’s in his wallet
Prev Article Next Article
This post was originally published on this site 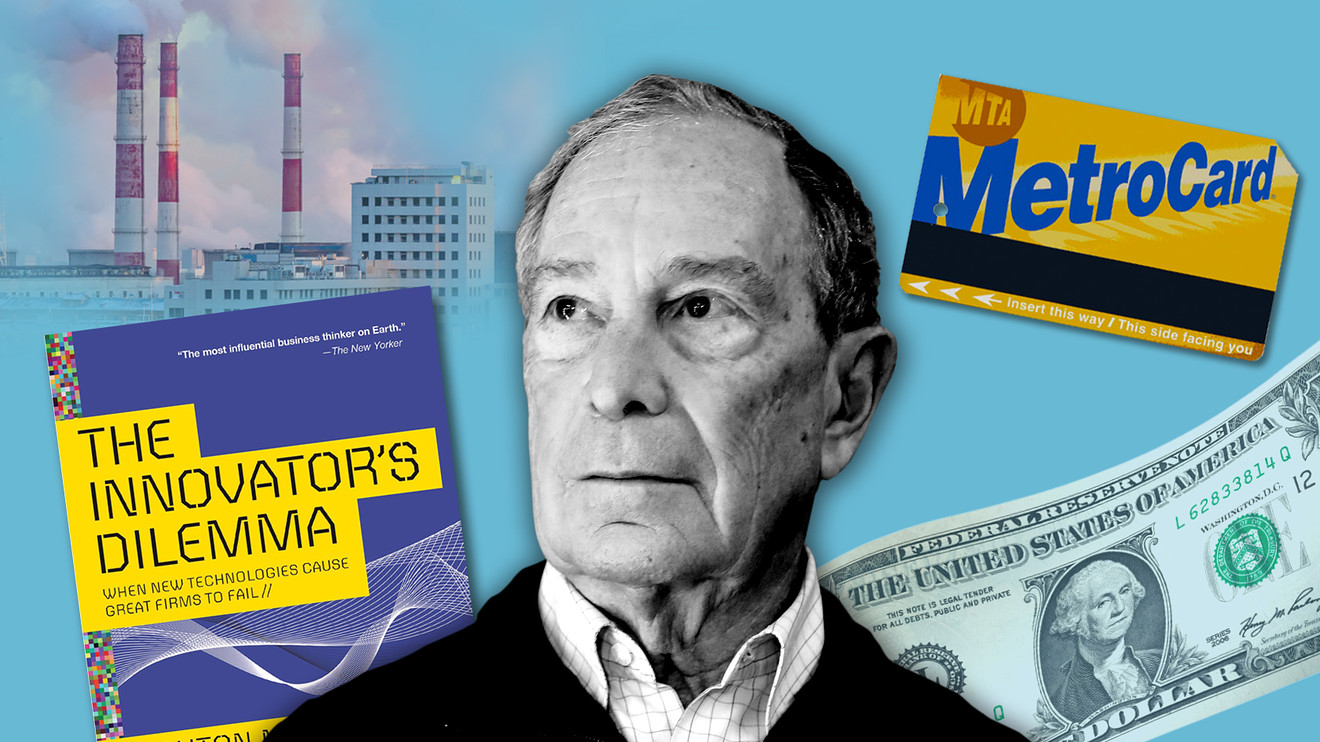 They say the best way to understand a politician is to follow the money. But tax returns and campaign contributions only tell part of the story. The real window to the financial soul is the wallet. People reveal a lot about their characters and priorities by how they handle money: what they splurge on, what they are frugal about, how they use it, and how they don’t.

With that in mind, MarketWatch asked each of the presidential candidates the same personal-finance questions. Mike Bloomberg, the billionaire former mayor of New York, talks about when to turn down a bigger paycheck, and why he’s given away $10 billion. It’s worth noting that the last time I asked him what he was most frugal about — back in 2010, when he wasn’t running for president — his answer was slightly more amusing: He owned only two pairs of dress shoes.

What are you most frugal about?

Taxpayer dollars. When I was mayor, I took a salary of just a dollar a year. I still have all 12 $1 checks — 93 cents, after taxes, actually. I could afford it, and I wanted to ensure that every possible dollar went to providing vital services and programs for New Yorkers throughout the city. I’d do the same as president.

What purchases do you tend to splurge on?

My foundation. I give virtually all of my company’s profits to support its work helping people across America and the world live better, longer lives — and fighting climate change and gun violence, and improving education and health. I’ve given away $10 billion — after all, you can’t take it with you.

What is the one piece of financial advice you would give to a 20-year-old just starting out?

Take the job, not the money. When I was applying to jobs, I turned down a job offering $14,000 a year and accepted one offering $9,000, because I thought it was a better fit. I didn’t have enough money to buy suits, but they gave me a loan. When you weigh a job offer, now or even later in life when considering a career change, leave salary out of the equation. Make decisions based on the quality of the opportunity, and where you’ll have the most room for growth. What’s most important for your long-term career is not your starting salary. It’s your development and happiness.

Who had the biggest influence on your approach to money?

My father. When I was very young, I remember him writing out a check to the NAACP. When I asked him why, he told me that discrimination against anyone threatens all of us. I’ve never forgotten that lesson and have always taken it to heart.

What’s the worst mistake you ever made when it comes to money, debt or investing? And what did you learn from it?

I’ve been lucky. My father only made $6,000 the best year of his life, but I was able to work my way through college and get a great education. And then, when I got fired at 39, I was able to start a successful business from scratch. For too many Americans, that path is virtually impossible: Student loans weigh graduates down, wages are stagnant, and a long legacy of discrimination and injustice continues to hold back minority communities. I’m committed to ensuring that every American has the opportunity to work hard and succeed.

Editor’s note: It’s true that Salomon Brothers fired Bloomberg when he was 39, but it’s worth mentioning that, when he went on to start his new business from scratch, Salomon had paid him $10 million on his way out the door. “America’s a wonderful country,” he said of the windfall in his autobiography.

Cash or credit or mobile payment?

When I’m in New York, MetroCard.

What is the best book — fiction or nonfiction — you ever read about the role of money in our lives?

It wasn’t about money per se, but about how many businesses lose it: “The Innovator’s Dilemma.” It’s one of the best business books ever written, and sadly, the author — my friend Clayton Christensen — recently passed away. The book is about how successful companies often fail to value and adopt new, disruptive technologies. Anyone aiming to lead a successful organization would do well to read it.

Read on: Pete Buttigieg tells MarketWatch about his approach to spending and saving money — and not getting scammed