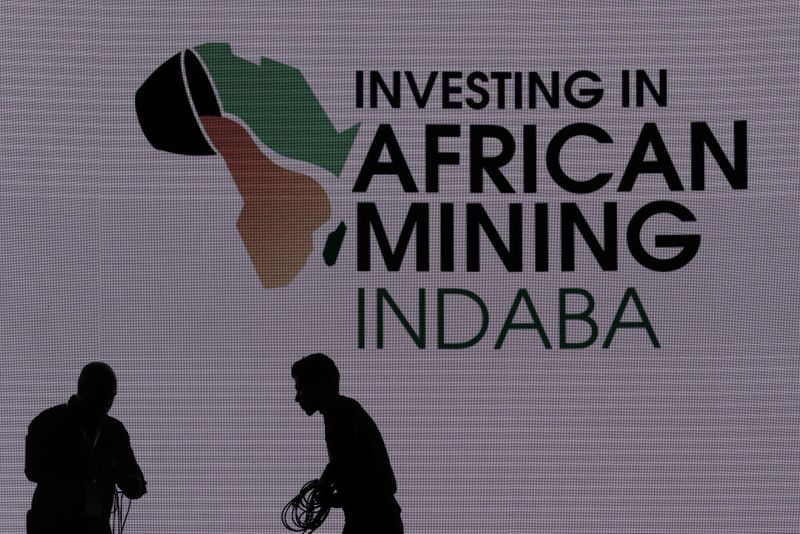 By Helen Reid and Tanisha Heiberg

CAPE TOWN (Reuters) – As global investors shift away from heavy industry in favor of cleaner sectors, mining companies are losing billions in financing, raising the cost of capital and jeopardizing projects.

Making the mining industry more sustainable by running mines on renewable energy, for example, will be a key focus at the annual Investing in African Mining Indaba conference in Cape Town this week, as companies hunt for new sources of capital including private equity, debt, offtake finance and royalty finance.

Environmental, social & governance (ESG) concerns have driven money into specialized ESG funds which often exclude mining stocks among other ‘dirty’ assets. “You talk to anyone at the moment, they say there’s no money,” said Boris Kamstra, executive director of Alphamin Resources, which manages the Bisie tin project in Democratic Republic of Congo.

The capital squeeze that started about two years ago has worsened recently, said Julian Treger, CEO of Anglo Pacific Group (L:), a mining royalty and streaming company. The average cost of capital for early-stage mining projects rose by two percentage points over the past two years, he estimates.

“Even for companies that have good projects it’s very difficult for them to raise any money in these markets,” said Caroline Donally, managing director at private equity firm Denham Capital, in Houston.

“Previous investors who would provide equity appear to have withdrawn. A number of specialist funds have shut up shop, and generalists aren’t investing in commodities anymore,” said Donally, who will be attending Mining Indaba, the world’s biggest mining investment conference, which takes place Feb. 3-6.

Cannabis stocks and cryptocurrencies are among alternative assets that are luring retail investors away from miners. Mining-specific private equity funds raised $0.3 billion in 2019, a fifth of the amount raised in 2009, and just barely more than the $0.2 billion raised in 2014 during a global commodity crash, data from Preqin shows.

Coal miners – especially those extracting thermal coal, burnt to produce electricity – are bearing the brunt of the sustainable investing trend.

“If you’re a small coal explorer, I don’t think you stand much of a chance of raising any money at all,” said Fred White, associate director at Medea Capital Partners in London.

“There’s still a huge market and huge demand [for coal], but it’s not getting financed by Western banks,” he added. Local trading houses and lenders are stepping in instead.

Thermal coal accounts for nearly 40% of the world’s electricity generation and more than 40% of energy-related carbon dioxide emissions, according to the International Energy Agency.

In Africa, where access to electricity is still a problem, coal-to-power projects could previously rely on support from development finance institutions.

But even they are withdrawing under pressure.

In November, the African Development Bank (AfDB) decided against funding a Kenya coal project that was halted by a local environmental tribunal in June.