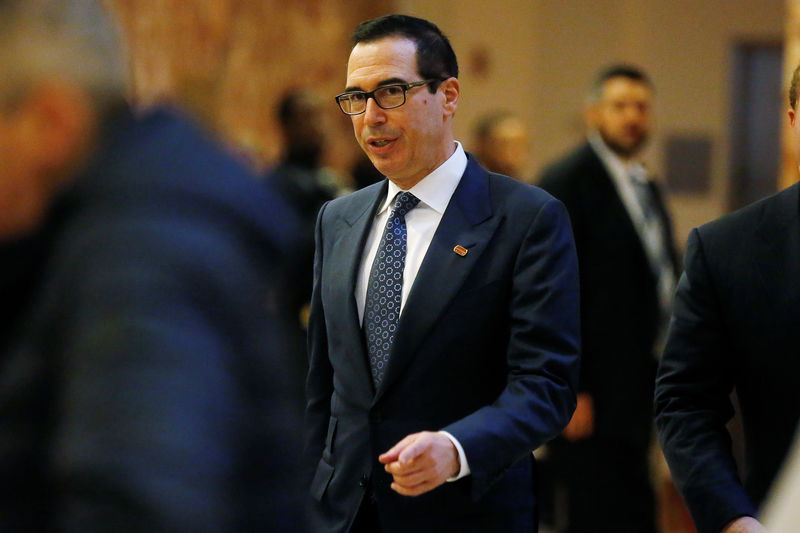 (Bloomberg) — Treasury Secretary Steven Mnuchin sees the proposed Senate Republican stimulus measure as too small in some areas and wants it to include direct payments to more individuals to mitigate the economic consequences of the coronavirus outbreak, according to people familiar with his thinking.

Mnuchin views parts of Senate Majority Leader Mitch McConnell’s proposal, released Thursday, as not doing enough for the economy, the people said. The Treasury chief wants Congress to spend more on sending cash directly to Americans, the people said, speaking on the condition of anonymity.

The centerpiece of McConnell’s bill is a plan to give tax rebates to individuals of $1,200 and $2,400 for married couples, plus $500 for children. Rebates would be completely phased out for taxpayers with incomes exceeding $99,000 for individuals or $198,000 for a couple.

Mnuchin proposed two rounds of direct payments of $1,000 per adult and $500 per child to Americans, with the first checks going out within three weeks of Congress passing the legislation. The plan would amount to $500 billion in total spending, according to the Treasury Department.

Under Mnuchin’s proposal, the second round of payments would only be sent if the national emergency persists. Mnuchin estimated that each round of the direct payments would cost about $250 billion.

A Treasury spokesman declined to comment when asked about Mnuchin’s evaluation of the Senate bill.

“We’re really focused on providing liquidity to American businesses and American workers,” Mnuchin said Thursday. “This is an unprecedented situation where for good reason the government has instructed parts of the” country to shut down.