Home
Market
Monte Paschi approves plan to offload over 8 billion euros of bad loans
Prev Article Next Article
This post was originally published on this sitehttps://i-invdn-com.akamaized.net/trkd-images/LYNXMPEG5S23N_L.jpg 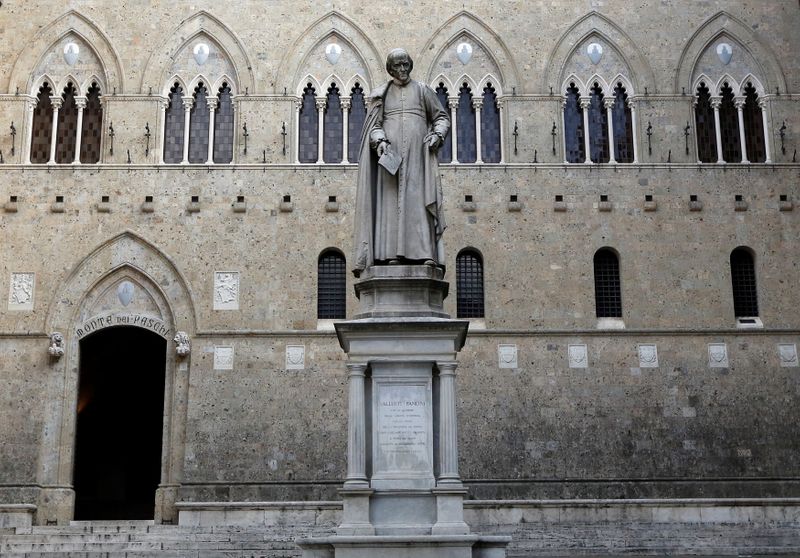 The Tuscan bank said in a statement the deal with state-owned bad loan manager AMCO included spinning off a package of gross bad loans worth 4.8 billion euros and unlikely-to-pay loans worth 3.3 billion euros.

Italy’s Treasury, which owns 68% of Monte Paschi, has been looking for ways to help the bank cut its bad loan pile without imposing heavy losses to make it a more attractive merger partner.

Rome signed up to an 8-billion euro-bailout package for the lender in 2017 to save it from sinking under problem debts and a derivatives scandal. It must present a strategy soon, perhaps next year, of how it intends to exit the bank.

Under the complex deal with AMCO, the Treasury’s stake in Monte Paschi could fall to as low as 63.879% when completed, the bank said.

The operation is expected to be wrapped up and operational as of Dec. 1, Monte Paschi said, but added a precondition was the green light from the European Central Bank.

In May the European Union’s competition chief Margrethe Vestager said Monte Paschi’s plan to create a bad bank to manage its soured loans was not state aid.