Home
Market
Musk’s Maverick Lawsuit Shield Is Sign of Skyrocketing Rates
Prev Article Next Article
This post was originally published on this sitehttps://d1-invdn-com.akamaized.net/content/pic8d59b5c6966f2d19f0d08883507d3030.jpg 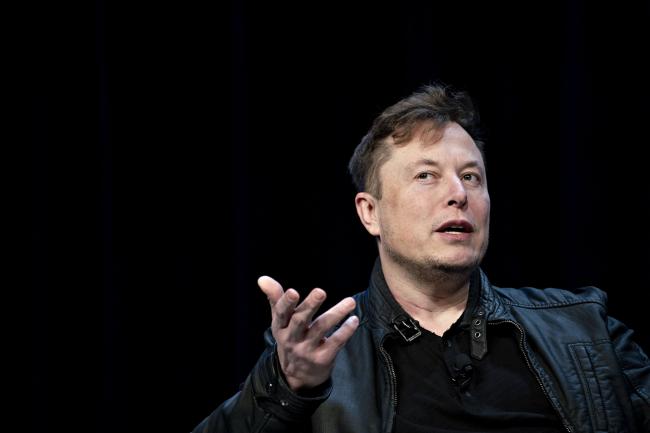 To McBride, who used to manage law firm Bracewell LLP’s malpractice exposure, Musk’s decision to insure Tesla’s directors out of his own pocket was a first—and a risky move.

But it was also the latest sign that companies are hunting for creative workarounds as rates for directors-and-officers insurance skyrocket amid a surge in lawsuits by plaintiffs seeking to sue as a group. That litigation is now driven by a rash of claims that companies bungled the response to the coronavirus outbreak and the economic lockdown that followed. Prices for D&O coverage are up by almost half and, by one reckoning, are headed for a triple-digit increase.

The galloping rates are “clearly related to litigation over the Covid-19 outbreak and a several-year increase in the number of securities cases against directors and boards,” said McBride, who is now of counsel at the Lanier Law Firm and sits on five boards himself.

“I’m not about to serve on a board where I have to rely on a single individual’s wealth to guarantee I have directors-and-officers coverage,” he added. “There’s just too many unexpected things that can happen.”

Tesla’s board may be expensive to insure, given Musk’s Twitter missteps and run-ins with regulators, and his new insurance setup creates the potential for conflicts of interest. But the burgeoning litigation and higher rates are widespread, and companies are pressing insurance brokers for solutions.

More corporations are inquiring about covering risks to the board by using a “captive insurer,” an entity funded solely by the company and dedicated to indemnifying it against risk, according to Sarah Downey, a D&O specialist at Marsh & McLennan Cos.’ insurance brokerage. She declined to cite examples.

Since February, investors have sued more than a dozen boards of companies ranging from cruise lines to drug makers chasing a coronavirus vaccine, alleging they were asleep at the switch as the crisis decimated their businesses, according to data compiled by Bloomberg.

“I think the run to the courthouse has really only just started,” Downey said.

Investors in Norwegian Cruise Line (NYSE:NCLH) Holdings Ltd. sued company directors in March over alleged efforts to downplay the risk the virus posed to customers. Bookers were instructed to tell callers the pathogen “can only survive in cold temperatures,” according to court filings. Norwegian now faces other securities cases targeting directors over its handling of the virus. Its stock is down 65% for the year.

Plaintiffs filed 428 new securities cases seeking class action status in federal and state courts last year, the most on record and nearly double the average from 1997 to 2018, according to a Cornerstone Research report. Evan Greenberg, chief executive officer of insurance giant Chubb (NYSE:CB) Ltd., has repeatedly addressed the wave of suits in his annual letter. This year he called “excessive litigation” a “tax on society and business.”

Whether the lawsuits spurred by the pandemic will succeed remains to be seen. A volatile stock market generally translates into more securities class actions, but the breadth of the market’s decline might make it harder to prove it was a company’s response to the virus that caused its travails, Travelers Cos. CEO Alan Schnitzer said in April.

In the meantime, rates on D&O policies in the U.S. rose 44% in the first quarter from a year earlier, with 95% of clients experiencing an increase, according to a report by Marsh. AM Best said last week that the pandemic could push those increases to three digits.

Covid-19 “will ensure that we will see these kinds of increases for the foreseeable future,” said Ty Childress, an insurance lawyer at Jones Day.

Tesla officials decided not to renew the D&O coverage “due to disproportionately high premiums quoted by insurance companies,” and Musk personally agreed to “provide coverage equivalent to such a policy for a one-year-period,” according to an April securities filing. Tesla said the board doesn’t expect Musk’s arrangement to threaten the independence of its other members, because the new structure is governed by a binding agreement with Tesla and is intended to replace an ordinary insurance policy.

Not everyone sees it that way. Hedge fund manager David Einhorn, who has long bet against Tesla shares, said last month the structure creates an “obvious conflict of interest” that hinders the board’s ability to “curtail Musk’s behavior.”

It’s a risky board to sit on. In January, Tesla’s insurer paid out $60 million to settle investor claims that directors allowed Musk to dupe the company into overpaying for solar panel maker Solar City. The accord covered all the directors except Musk; his trial is set for July. Musk faces other litigation over controversial tweets about taking Tesla private and rosy predictions about initial production rates for the Model 3 sedan.

Captive insurers have their uses, said the Lanier Law Firm’s McBride. Johnson & Johnson, for example, set up Middlesex Assurance Co. in 1970 to address a profusion of exposure, according to securities filings. Over the years, Middlesex has helped cover litigation costs tied to liabilities including those from the company’s talc-based baby powder, which has been blamed for causing cancer. J&J took the talc-based version of the powder off the market last month.

Kim Montagnino, a J&J spokeswoman, declined to comment on whether J&J has used Middlesex to self-insure its coverage for the company’s directors, who include former Citigroup Inc (NYSE:C). chairman and CEO Charles Prince and former Aetna Inc (NYSE:AET). chairman and CEO Ronald Williams (NYSE:WMB).

Musk may be at the leading edge here, as he is in electric cars and space travel, but don’t expect a “stampede,” said McBride, whose five boards include Blue Bell Creameries. “Directors are always going to want to have another pocket of money they can rely on,” he said, “in case their interests and those of the company diverge.”

And if he were invited to join Tesla’s board? First he’d need to cut his own deal with Musk.

“I’m crafting that agreement, and you can be sure it will be airtight,” he said. “Mr. Musk would have no out when it came to my coverage.”