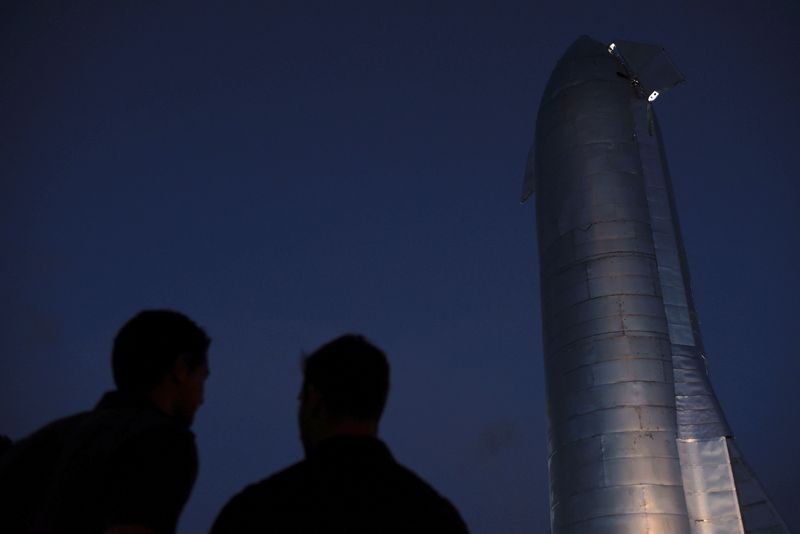 By Steve Gorman and Joey Roulette

LOS ANGELES (Reuters) – SpaceX, the private rocket company of high tech entrepreneur Elon Musk, won final approval on Tuesday to build a research and manufacturing plant for its deep-space Starship project on a tract of vacant land at the Port of Los Angeles.

The Los Angeles City Council granted a permit for the facility by a unanimous 12-0 vote, paving the way for Musk, also the founder of Tesla (NASDAQ:) Inc electric car company, to proceed with an accelerated development of a new spacecraft and rocket system designed to carry humans to the moon and Mars.

The L.A. Board of Harbor Commissioners gave its go-ahead to the 10-year permit last week.

“It’s crazy that here we are in 2020 preparing ourselves to send people to Mars, and it’s going to happen in our backyard,” Councilman Joe Buscaino, whose district includes the port, said before Tuesday’s vote. “We are becoming a spaceport.”

Operations at the facility will actually be confined to research, design and fabrication of aerospace components. Space vehicles built there are not permitted for launch but will be transported out of the port complex by barge or ship.

The council action clears the way for SpaceX to begin leasing 12.5 acres (5 hectares) of property on Terminal Island for its Starship plant at a starting rent of $1.7 million a year, with an option to expand its site to 19 acres.

The company, formally known as Space Exploration Technologies, has an option to terminate the permit within 180 days.

SpaceX secured a similar permit two years ago, but canceled it and moved its initial phase of the Starship project to Texas, where the company has developed and tested an early prototype dubbed Starhopper.

The Los Angeles Port site will bring further Starship development closer to SpaceX’s headquarters in the L.A. suburb of Hawthorne, where it has manufactured its workhorse Falcon 9 rockets and Dragon crew capsules.

The future facility, which may incorporate renovations to abandoned warehouse and workshop structures on the site, is expected to provide 130 new jobs, according to Musk.

As designed, the Starship itself is actually the top half of a colossal interplanetary rocket system that will stand 387 feet (118 meters) tall and be capable of ferrying dozens of humans to the moon and Mars in a single launch.

Musk has said that he hopes the Starship will be ready for its first orbital test flight later this year.

(Reporting and writing by Steve Gorman in Los Angeles; Additional reporting by Joey Roulette in Washington; editing by Grant McCool)