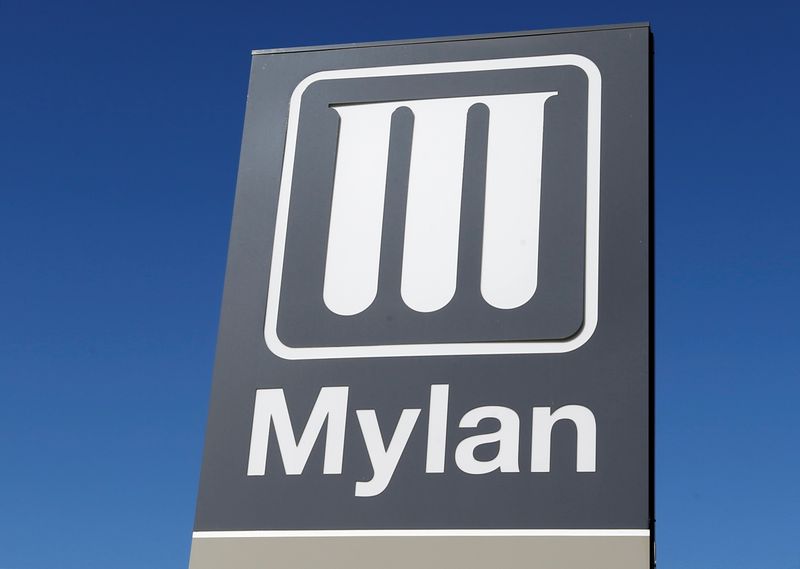 © Reuters. Logo of Mylan Laboratories, a company primarily engaged in the commercialization of generic drugs is pictured in Merignac near Bordeaux

The company is set to merge with Pfizer Inc’s (N:) China-headquartered Upjohn unit that houses off-patent branded drugs such as cholesterol drug Lipitor, allowing Mylan to leverage a strong base in Asia.

However, investors have raised concerns about growth prospects of the combined company and if the tie-up would help address the underlying deterioration at Mylan’s core business, brought on by years of generic drug price erosion.

Excluding the impact of the Upjohn deal, Mylan expects 2020 total revenue between $11.5 billion and $12.5 billion. Analysts were expecting revenue of $11.92 billion, according to IBES data from Refinitiv.

The company recorded an income tax provision of $114.7 million in the reported quarter, compared to a provision of $25.8 million a year earlier.

On an adjusted basis, the company earned $1.40 per share, beating analysts’ estimates of $1.28, according to IBES data from Refinitiv.