Home
Stocks
Need to Know: Here’s what is worrying one stock-market bull
Prev Article Next Article
This post was originally published on this site

There has hardly been a stronger cheerleader for the stock market than Thomas Lee, the head of research at Fundstrat Global Advisors who has one of the highest S&P 500 SPX, -0.09%  year-end targets on Wall Street at 3,450.

But Lee this week has been worried about a stock market pullback, on concerns including the spreading coronavirus and the troubles at giant plane maker Boeing.

Wednesday’s trading gave him another reason to fret. In a note to clients, he pointed out while U.S. stocks ended higher, the spreads on high-yield bonds widened. “Among our five core principles of portfolio strategy, close to top is our view that bonds lead stocks. Hence, the lack of [high-yield] follow through suggests stocks gains were not supported by a broader risk asset rally,” he said. 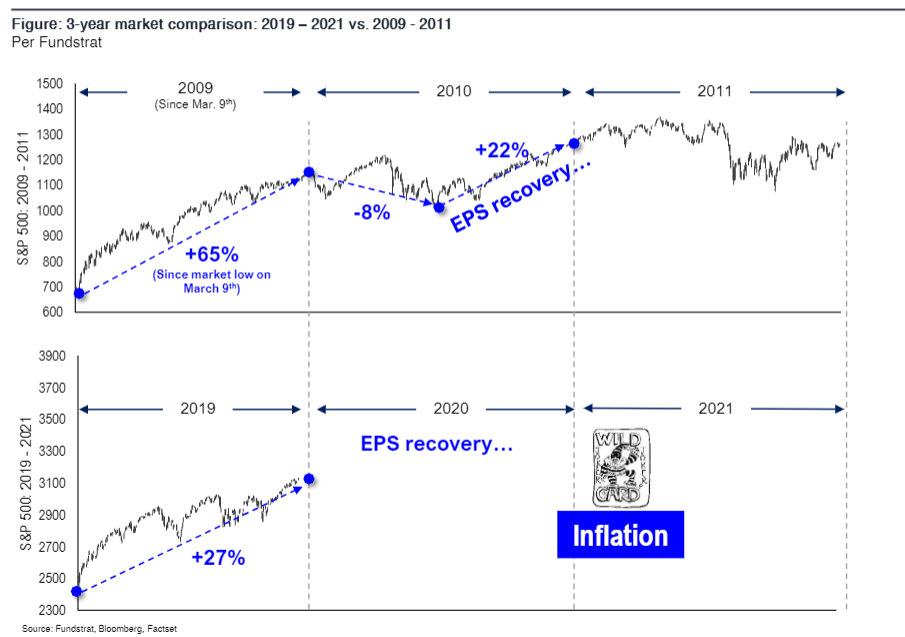 Lee insisted he’s no “Debbie Downer” but said the relentless bid higher in stocks may be taking a break. He thinks the 2020 market will look like 2010—a fall in the beginning of the year followed by a stronger rally at the end thanks to a recovery in earnings per share in the purchasing managers indexes and a dovish Federal Reserve stance on interest rates.

While Lee said he’s not advising any short-term trading, “we remain bullish and steady buyers of stocks.”

The market focus still was overwhelmingly on the coronavirus, as China counted 170 deaths and India and the Philippines reported their first cases. The coronavirus has now infected more people in China than during the 2002-2003 severe acute respiratory syndrome (SARS) outbreak.

Tesla TSLA, +2.49%  may rally as the electric-car maker reported better-than-forecast fourth-quarter results. Microsoft MSFT, +1.56%  may also gain as the software giant beat expectations in all three of its segments, while social media company Facebook’s FB, +2.50%  25% jump in revenue may not be enough to impress investors.

The first read of fourth-quarter GDP is due for release, as are weekly jobless claims.

The British pound GBPUSD, +0.4992%  rose after the Bank of England decided to keep interest rates unchanged by a 7-to-2 vote. Some traders and economists had thought the U.K. central bank might cut.

The tweet from Houston Rockets general manager Daryl Morey in support of Hong Kong protesters in October 2019 may have cost the National Basketball Association between $150 million and $200 million, ESPN reports, citing league sources.

Climate activist Greta Thunberg is applying to trademark her name.

A rescued owl was too fat to fly.