Home
Stocks
Need to Know: The market’s trading like it’s the end of the cycle, and here’s how an analyst says to position for it
Prev Article Next Article
This post was originally published on this site

Tesla is TSLA, -17.18%  parabolic. The yield on the benchmark 10-year Treasury note TMUBMUSD10Y, -0.74%, even before the coronavirus outbreak, couldn’t top 2%, and the yield curve even when it isn’t inverted has been very flat.

Commercial construction has tapered off. Vehicle sales have peaked. Banks plan to tighten lending standards at the same time as they expect a flattening of demand, according to a survey released this week. Even those loss-making initial public offerings, or near IPOs in the case of real-estate company WeWork, are starting to run a tighter ship.

“It is the type of stuff you see at the end of credit and economic cycles,” says Mike Larson, senior analyst at Weiss Ratings. “I am concerned about the durability of this market and economic expansion.” He is dismissive of the three interest-rate cuts from the Federal Reserve, calling them both too late and too timid to make a major difference, though he concedes the housing market has stabilized in response. 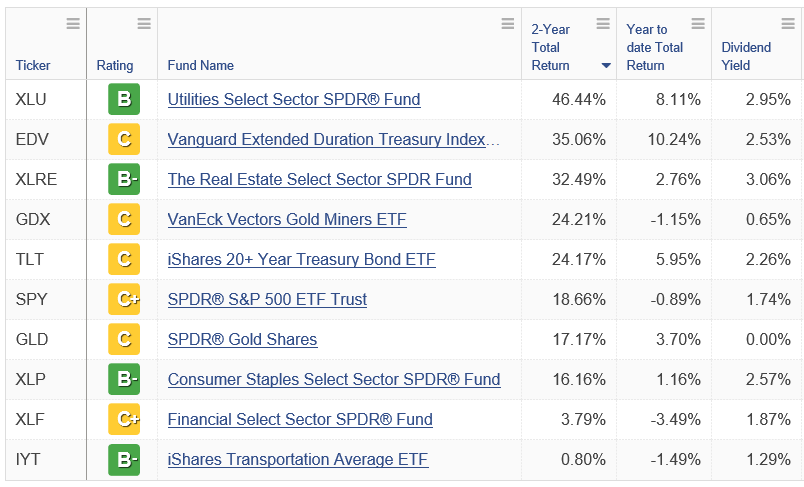 Data through the end of January.

Larson says over two years, “boring” stocks like utilities, real-estate investment trusts and consumer staples have done well, and in the call of the day he expects those sectors to continue to perform, even if they are overbought in the short term. Larson says these sectors offer high dividend yields and protection from economic weakness—even if talking about utilities may put you to sleep.

A man stood up on board a flight from Toronto to Jamaica and said that he had coronavirus, forcing the plane to turn around. He didn’t and was arrested.

Actress and television host Whoopi Goldberg is out of the cannabis business.

A crime was solved using DNA profiling—on a cow.