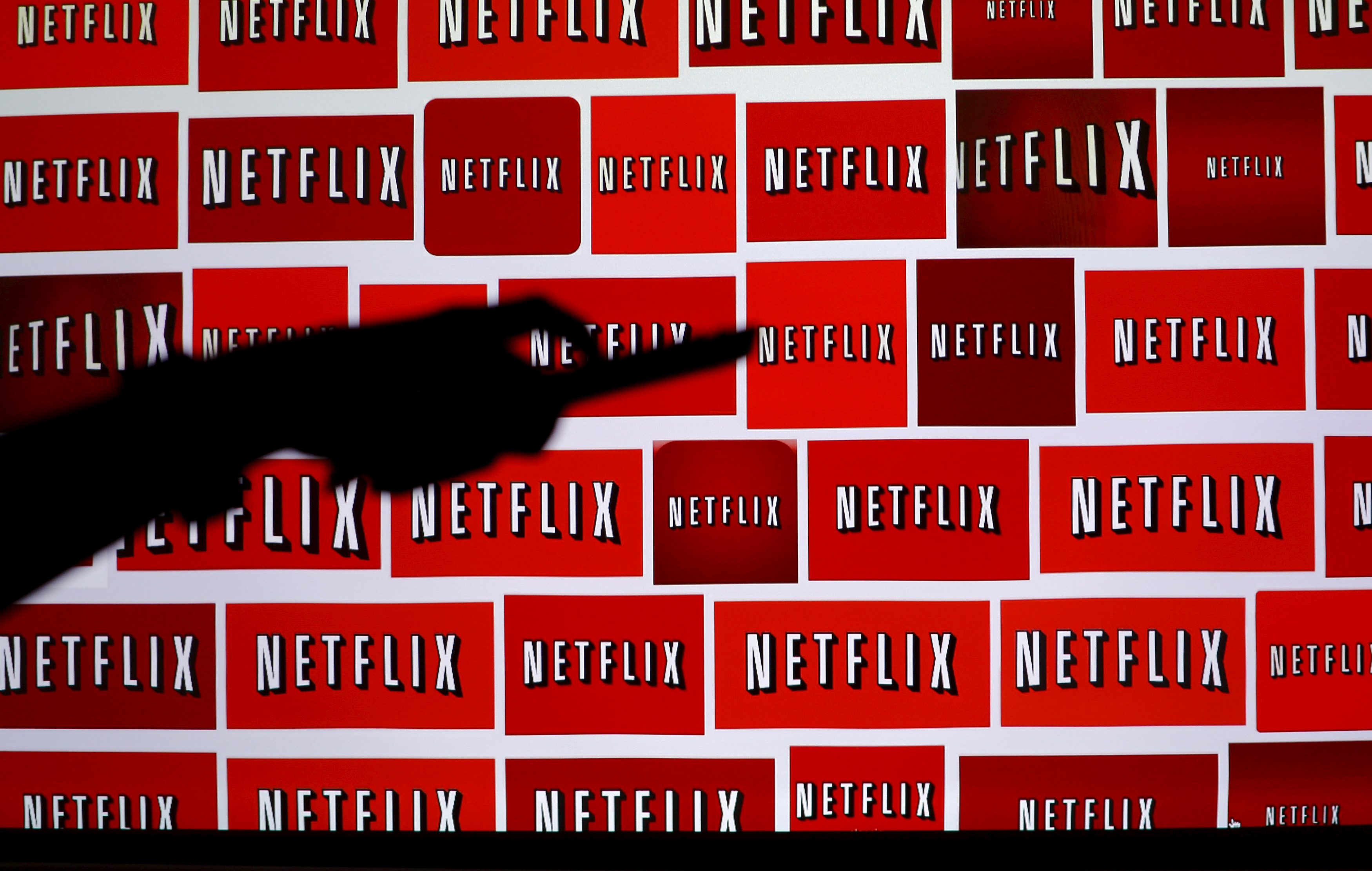 © Reuters. FILE PHOTO: The Netflix logo is shown in this illustration photograph in Encinitas, California

By Helen Coster and Neha Malara

(Reuters) – Netflix Inc (NASDAQ:) has entered a new year that will be far tougher than the one it left behind.

But the company acknowledged competition had an impact in the United States, where growth missed Wall Street targets – and that competition will become more global as the Disney+ service launches across Europe in March.

Rivals including Walt Disney (NYSE:) Co and Apple Inc (NASDAQ:) are now fighting for streaming customers, and Netflix said it expects to add 7 million subscribers globally in the first quarter, below analysts’ average of 8.82 million, according to IBES data from Refinitiv.

For a company that has historically taken great pains to avoid mentioning competitive forces – it once called the video game Fortnite a bigger rival than other streaming services – it spent a considerable amount of time explaining why Disney’s power will not have as damaging an effect on its engine of growth outside of America.

“Despite the big debut of Disney+ and the launch of Apple TV+, our viewing per membership grew both globally and in the U.S. on a year over year basis, consistent with recent quarters,” the company wrote in a letter to investors.

That number beat Wall Street estimates for the fourth quarter, helping to send shares up 2.2% in volatile after-hours trading on Tuesday.

The Disney+ and Apple TV+ streaming services both launched in the United States in November. Disney+, which is also live in Canada, Australia and New Zealand, will launch in the U.K., France, Germany, Italy, Ireland, Spain, Austria and Switzerland on March 24. Apple TV+ is available in over 100 countries and regions.

The Disney+ service launched in the United States and Canada for $7 per month and $13 a month for a bundle with ESPN+ and Hulu; it reached 10 million sign-ups on its first day. Apple TV+ launched Nov. 1 for $5 per month and is free for one year with the purchase of some Apple devices: its performance has been harder to define. AT&T-owner WarnerMedia’s HBO Max will cost $15 per month when it launches in May.

Netflix is available in over 190 countries; its standard U.S. plan costs $13 per month.

Netflix has had an outsized impact on the pay TV landscape, changing the way that people consume TV and film and forcing media and tech companies to shift their business models. As streaming video has grown in the United States, the market has become more competitive, pushing Netflix to look overseas for growth.

As rivals have pulled their content off of Netflix, the company has poured money into original TV series and films. It had a $15 billion cash budget for content last year and $14.76 billion in long-term debt as of Dec. 31, 2019.

“Friends” left Netflix in the United States this month and will run on HBO Max. “The Office” is leaving the service at the end of 2020 and will be available on Comcast-owned NBCUniversals forthcoming Peacock streaming platform next year.

“The streaming service’s massive content and marketing budget can only be justified if the company is adding more subscribers at a robust rate. If that doesn’t materialize, then its stock price will reflect that reality,” wrote Haris Anwar, an analyst at investing.com.

The addition of new streaming platforms – taking more out of a household’s monthly entertainment budget – has also made it harder for Netflix to raise prices, as it did in the United States last year.

Free, advertising-supported services such as Peacock and ViacomCBS-owned Pluto TV may also limit Netflix’s pricing power, according to research from Citigroup (NYSE:).

Total revenue rose to $5.5 billion from $4.2 billion a year earlier. Analysts on average had expected $5.45 billion.

The streaming giant said it added 8.76 million paid subscribers globally compared with expectations of 7.63 million, according to IBES data from Refinitiv.