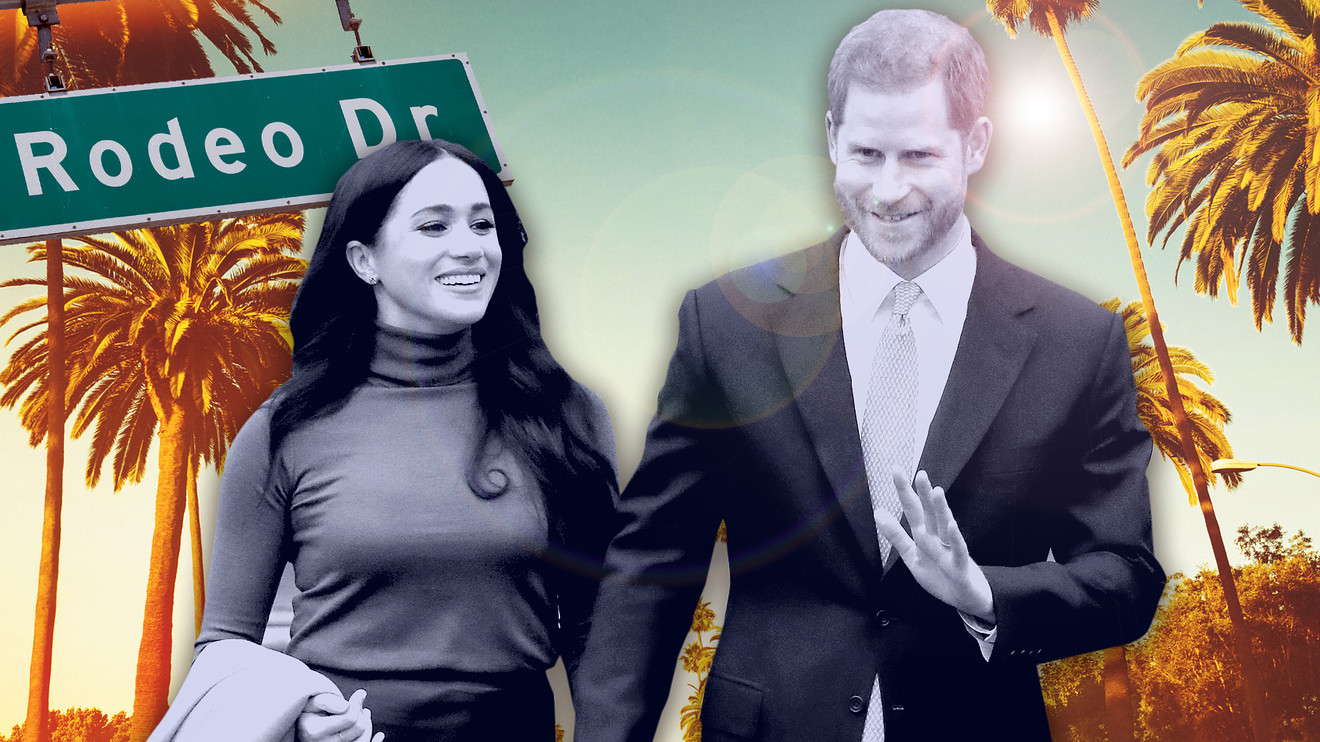 Prince Harry and Meghan Markle could be following the Obamas to Netflix.

Ted Sarandos, Netflix’s chief content officer, said he would be interested in speaking to the Sussexes about working together. Speaking at an event in Los Angeles over the weekend, he told the Press Association: “Who wouldn’t be interested? Yes, sure.” Harry and Meghan will no longer be working members of the royal family after April, and will split their time between the U.K. and North America.

On Saturday, Buckingham Palace announced a deal had been reached for the Duke and Duchess of Sussex to relinquish their official duties as members of the British royal family. They have agreed not to use “His/Her Royal Highness,” and will repay the state the costs of renovating their U.K. base, Frogmore Cottage. But they’re now free to pursue their own business opportunities overseas.

In a statement, Queen Elizabeth said she was proud of how quickly Meghan had become one of the family, adding: “Following many months of conversations and more recent discussions, I am pleased that together we have found a constructive and supportive way forward for my grandson and his family. Harry, Meghan and Archie will always be much loved members of my family.”

On their new website, SussexRoyal.com, the couple was hoping for more of a hybrid royal role and had said they planned to continue representing the queen, but cutting ties with the public purse and pursuing their own commercial interests did not appear to be acceptable to Buckingham Palace. Their Instagram FB, +0.17% account has 10.9 million followers, adding 700,000 in one week.

Recommended: Prince Harry’s friend: Harry and Meghan were ‘driven out’ — alleges the House of Windsor is ‘poisonous’ and ‘Machiavellian’

Netflix would give the Sussexes a platform of 158 million paid subscribers and be a coup for the streaming service, which won critical praise for, “The Crown,” chronicling the life of Queen Elizabeth. (Netflix was not immediately available for comment.) Harry already participated in a documentary on mental health with Oprah Winfrey, a friend of the couple, for Apple TV AAPL, +1.11%.

The media mogul responded to reports that she had helped the Sussexes navigate and negotiate their #Megxit — as the royal scandal has been described in the U.K. press, a riff on #Brexit, the U.K.’s protracted exit from the European Union. “Meg and Harry do not need my help figuring out what is best for them,” Oprah said in a statement, according to The New York Post.

In a recently resurfaced video, as Meghan greeted Beyonce and Jay Z in a line at the opening of the movie “The Lion King” in London last July, Prince Harry told Disney chairman and chief executive Bob Iger, “You know she does voiceovers?” Iger responded, “Oh, really? Ah, I did not know that,” and laughed. Harry responded, “You seem surprised, but yeah she’s really interested.”

Also see: ‘She found out she would be a civil servant in a tiara.’ Even without HRH titles, Meghan and Harry’s #Megxit will make them rich beyond their wildest dreams

The Sussexes have already cut their teeth in broadcast media. In 2017, Harry interviewed Barack Obama when he was the guest editor of BBC Radio 4’s Today program and, last year, ITV in the U.K. broadcast “Harry & Meghan: An African Journey,” which aired in the U.S. on ABC DIS, -0.54% Another route: The Obamas reportedly inked a book deal for more than $65 million.